When I got home last night, I was exhausted. Yesterday was a long day. I stepped into my apartment and poured myself a scotch. I dropped the needle on a crackling old Miles Davis album and stretched out.

My neighborhood gets quiet, late at night, and with only the sound of a few passing cars, I listened to the greatest Jazz ever recorded…and settled into a desperate panic.

Last night, I started freaking the fuck out, imagining the next ten years of my life, and the next twenty, and questioning everything I’ve ever done. I started wondering about what my life meant, and what my choices would lead to, and whether I’ll be happy the day I die.

That freak out? That panic? I wish I could tell you it’s out of the ordinary, or something unusual, but it’s not. That’s how I live my life. I live on a swinging scale, where I’m either on top of the world, or I’m in the grips of a clutching fear that my life is going off the rails — there’s no in-between.

When I was younger, I thought that I was unusual. I assumed that the rest of the world was running smoothly, and I was the only dysfunctional one in the bunch. That’s not the way I see things now.

Every entrepreneur panics about their product, their staff, their investors, and a million other things, up to and including whether or not their startup’s logo sucks. They can’t help it. They’re humans.

Every lawyer has a quiet conversation with the whispering voice that questions their lives, and from to time, they can’t come up with answers. Every surgeon, every musician, every salesman or artist. Every CEO, and every mail room clerk.

It comes down to a fear of being wrong, and a fear of failure. I’ve written before, about failure being something we shouldn’t shy away from. I’ve talked about my journey to try to fail every year…but sometimes, it still catches up with me.

If you feel the same way, if you find yourself scared and questioning, you’re not alone in it — even though it may seem that way.

I think there are too many people who try and present a smiling, sexy, happy, glamorous version of themselves online. Their lives appear perfect, without a glimpse into the shadows and the shit that keeps them up at night.

But that’s not me. I’ve got fractures, cracks and damages, and I don’t mind admitting to it.

When the record finished, and I was 3 glasses into the bottle, I pulled out a piece of crumpled paper. It’s an old notebook sheet, from about 10 years ago. I was 17, and I was trying to decide if I should walk away from a steady job to build a business, dropping out of a degree to make it on my own. I’d made a pros and cons list, the way my Mum taught me to.

I’ve kept that list for years. When life gets too much, or I start worrying about the way I’ve lived, I like to read it and remember the reasons I started out on the road I’ve walked.

The pros were easy. I wanted to be the next Steve Jobs? Sure. Sure thing, teenage Jon. I wanted to change the world…well, I still do. What really stands out to me, even now, is the one con, the only single negative. What if I fail?

I can remember writing the list, and failure was the only thing that scared the shit out of me. Failure, and nothing else. Failure, because it would have meant facing myself and admitting where I went wrong.

10 years later, I know that I really did fail. And you know what happened? I picked myself up, and I went in swinging. I did that time and time again. The world didn’t come to an end.

It’s naive to think failure is the only thing worth fearing. But it’s also naive to think I’ll ever get past it. It’s a part of the human condition, being scared shitless that it’s all going to fall apart, that people will laugh at us, and that we’ll never find a way back.

It’s a part of the human condition to freak out about what’s going to happen next. That’s why we’ve all been predicting the end times since Ancient Greece — or probably earlier. That’s why we pressure our kids to study useless crap in high school that the real world doesn’t care about, and tell ’em they only get one shot.

That’s why every writer who has ever emailed me asking for advice has said their biggest problem is hitting publish.

When people ask me about how to choose the right path, how to be sure a blog post is ready, when’s the right time to pull the trigger on that new startup they want to build, I always tell them the same thing. You’ll never know.

I think they expect me to have the answers, I think they believe that I write my blog from a place of total emotional certainty, where I know, deep down, that what I’m doing is right. But that’s not the case.

I panic, and I get scared, and then I pull myself back up and remember that failure isn’t the end of the road. It’s just a brief pit-stop in a longer race.

No matter how far you get, you’ll always have that panic. That should be comforting to you — it shows that accomplishing anything is eminently possible. When the panic sets in, it doesn’t mean you’re not ready, or you’re not good enough. It means you’re just like everyone else, scared and uncertain. And it means you’re not alone. 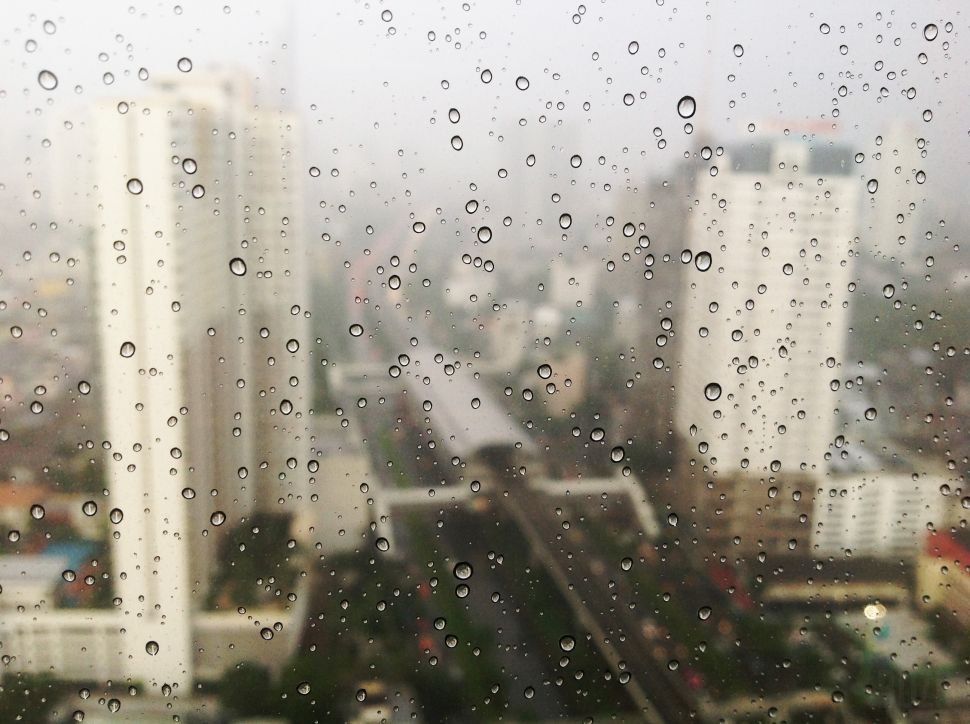