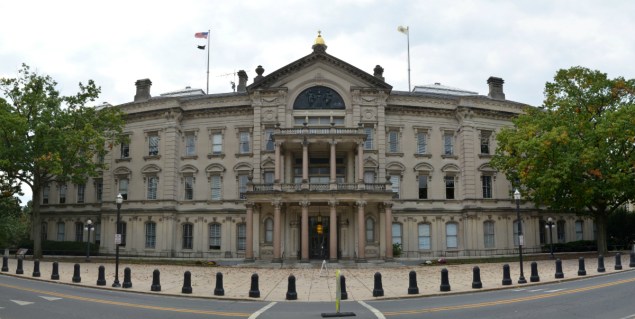 Thursday will be a session day in Trenton, with an amended Atlantic City takeover bill going before the Assembly and Senate. That measure, which came after five long months of negotiations between city officials and warring sides of the Democratic caucus, is expected to pass. Governor Chris Christie is expected to pass the measure, which would give the casino enclave 150 days to draw up a plan to balance its 2017 budget before the state takes over its finances.

The compromise between Senate President Steve Sweeney (D-3) and Assembly Speaker Vince Prieto (D-32) would allow the state to alter or break union contracts with city workers and sell of city assets if the state does not approve the plan, or if Atlantic City fails to maintain that balanced budget during the next five years.

Apart from that reprieve for Atlantic City, the Assembly board list for tomorrow include Democrats’ bill to raise the minimum wage to $15 an hour by 2021 — the first step for a high-profile issue that Sweeney has said he will take to voters as a ballot question in the event of a veto from the governor. Bills to ban smoking in public parks and beaches, allow 17-year olds to vote in state primaries will also be on the docket.

Robert Karabinchak will also be sworn in as the new Assemblyman for the eighteenth district. Krabinchak’s predecessor vacated the seat this year to take Senator Peter Barnes’ place following the senator’s confirmation as a judge.

The Senate will be considering several anti-smoking measures of its own, as well as a measure to allow pharmacies to sell opiate overdose antidotes over the counter. A newly amended version of the Atlantic City takeover legislation’s accompanying PILOT bill will also go to a vote. Christie vetoed a previous iteration of the PILOT shortly before the takeover effort began in January.

See a full breakdown of tomorrow’s bills to watch below.

S295 – Vitale, Joseph F. / Sarlo, Paul A. – “Authorizes pharmacists to provide opioid antidotes to patients without individual prescriptions, in accordance with standardized protocols to be adopted by Board of Pharmacy.”