TRENTON — After months of delays and mutual recrimination between the city and state, the state Assembly and Senate approved an amended Atlantic City rescue package Thursday. The successful bill would give the city 150 days to balance its nearly $100 million budget shortfall for 2017, then hold it accountable for doing the same over a period of five years in order to avoid a state takeover of its finances.

Governor Chris Christie is expected to sign the legislation, which includes a bridge loan from the state to help the city maintain operating costs until the end of the year. The long-delayed PILOT bill for its remaining casinos is expected to bring in $120 million from each casino during its first year, and will increase those payments by two percent annually for the next nine years.

The city faces another in a series of fiscal deadlines June 1, when its next $1.6 million bond payment is due.

Though the resort town’s financial state is still perilous, Mayor Don Guardian told reporters after the Senate vote that he expects the city will be able to make that payment with the help of that loan from the state, or if the state Local Finance Board allows them to go through with their plan to redirect money from its casino association. Guardian acknowledged that the city faces running short on cash once again, but said he is undaunted by the challenge of cutting close to $100 million from the city’s budget.

“Certainly no one is going to lend us money. No one in their right mind,” Guardian said of the city’s hopes of courting private investors with its junk bond rating. “We’re going to be in the process very quickly of securing bond counsel.”

The PILOT would take effect in 2017. Asked about the possibility of the Borgata casino continuing to withhold property tax payments from this year without a mandate from the state, Guardian said that the city’s response to that potential setback is still an open question. Property tax appeals from the Borgata and the rest of Atlantic City’s remaining casinos compounded losses to its ratable base after four casinos shuttered in 2014.

“We need to figure out what legal action we’re going to take if the Borgata doesn’t cooperate.”

City Council President Marty Small, who made fiery public appearances with Guardian throughout their dispute with the governor and original takeover sponsor Senate President Steve Sweeney (D-3), said he is satisfied with the end result of the protracted negotiations.

“We know this is the beginning. We have work to do.”

Sweeney, who was caught up in a bitter dispute with Prieto over the takeover effort, issued a statement saying the state will need to implement to proper reforms to avoid facing the terms of his original takeover plan, which would allow the state to step in to sell of city assets and alter or break public union contracts.

“This plan gives Atlantic City the opportunity to do the job itself to prevent bankruptcy and make desperately-needed financial reforms,” said Senator Sweeney. “We must have a workable plan that is implemented and followed that will reduce spending, reform government operations so that city services are maintained and the taxpayers of Atlantic City and New Jersey are better protected.” 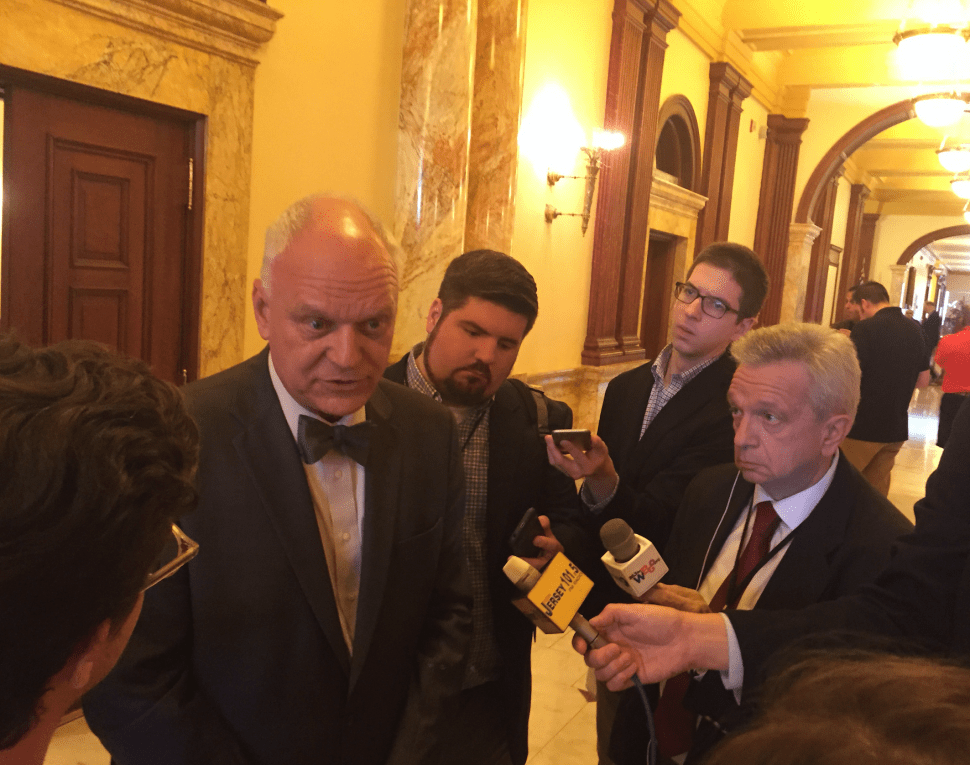