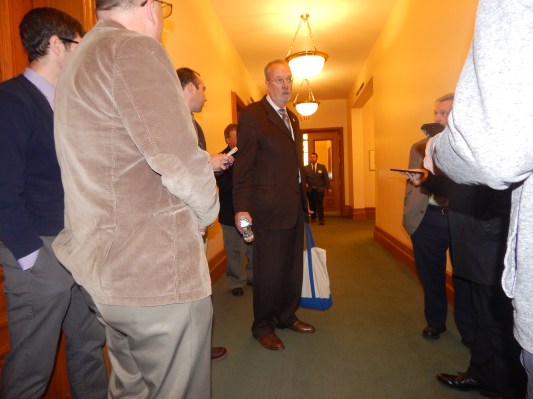 As two bills aiming at rescuing Atlantic City from bankruptcy continue to languish in Trenton, two political opponents are getting their digs in at one another. Following comments from Assemblyman Chris Brown (R-2) in which his likely 2017 state Senate rival calls for both bills to be posted in the Assembly, Senator Jim Whelan (D-2) dismissed that request as political theater. The takeover bill from Assembly Speaker Vince Prieto (D-32) was expected to go to a vote on in the lower house on Wednesday after Prieto declined to post it during last week’s session. Though Brown’s Democratic counterpart Vince Mazzeo told the Philadelphia Inquirer Tuesday that he expects a compromise between Prieto’s bill and the original takeover plan from Senate President Steve Sweeney (D-3) is forthcoming, Brown and Whelan evidently do not share Mazzeo’s confidence.

Brown said in a statement that the time has come for both Prieto and Sweeney’s bills to go to the Assembly floor for a vote, emphasizing the need for a payment in lieu of taxes agreement packaged with both bills that would help offset the cost to the city from widespread casino tax appeals.

“Working families deserve solutions, so if a compromise that includes $40 million in property tax relief for county families, prevents costly casino tax appeals, and provides a transparent recovery plan is not reached quickly, I am calling on Speaker Prieto to take action and post both bills,” Brown wrote.

“Sadly, it may take both bills failing to force the compromise I’ve been fighting for.”

Whelan issued his own statement within hours, calling Brown’s ambivalence insincere. Brown was a vocal supporter of the Prieto bill before it was up for a vote, and testified at length during the Assembly committee hearings after which it was approved. Prieto’s shaken confidence last Thursday, he wrote, is evidence enough that his bill would fail.

“Once again, Assemblyman Brown wants to come down on both sides of the same issue, remarkably supporting both the Sweeney and Prieto bills at the same time,” Whelan said. “We need to end this political charade once and for all. It is painstakingly obvious that Speaker Prieto does not and will not have the votes for his legislation. The Speaker needs to post the Senate President’s intervention bill for a vote so we can save Atlantic City from bankruptcy.”

Brown has faced attack ads targeting his opposition to the takeover from a super PAC with ties to George Norcross III, South Jersey’s Democratic boss and an ardent proponent of the Senate bill. Norcross, Sweeney, Whelan and Mazzeo were all present at a private meeting at the governor’s mansion shortly before the Christie and the Senate President announced the Senate takeover plan in January.

With several key supporters absent during last week’s session, Prieto was left shy of a majority and opted to delay the session. Mazzeo said Tuesday that he expects the compromise between the two Democratic leaders to drop the PILOT agreement, leaving it for another day and another bill. Governor Chris Christie, who favors the Sweeney bill, pocket vetoed a version of the PILOT bill sponsored by Whelan soon before the takeover effort began. 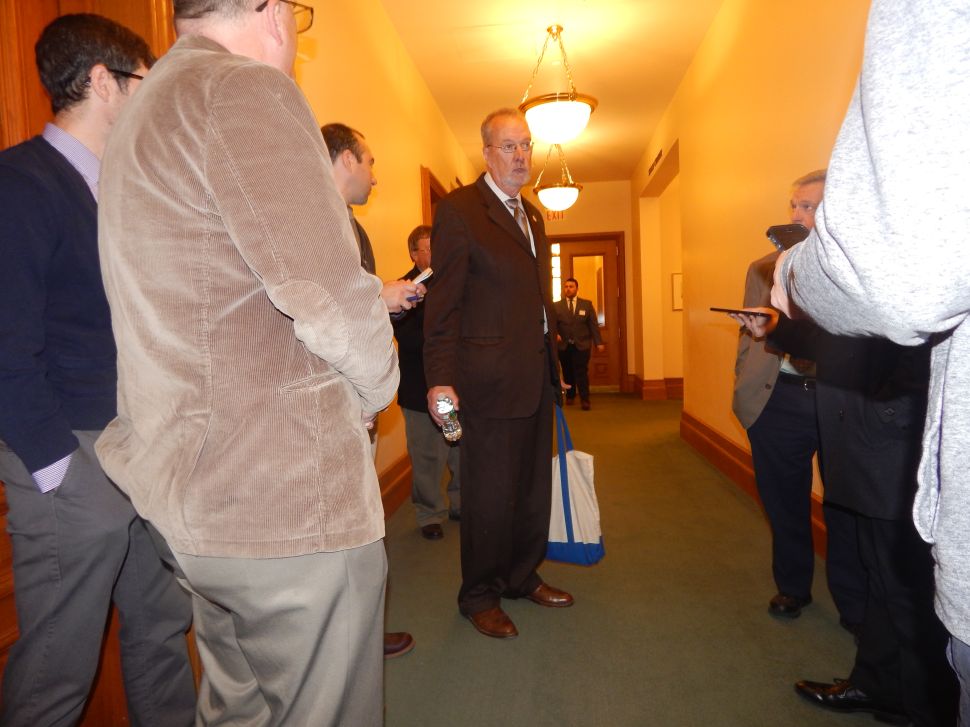