Texas Senator Ted Cruz announced he would be withdrawing from the 2016 presidential campaign on Tuesday night. While Cruz’s New Jersey Chairman Steve Lonegan says he is “deeply disappointed” that his candidate of choice is no longer in the running, he also expressed hope that New Jersey’s Cruz delegate slate would continue to push on and bring Cruz’s ideals to the July Republican National Convention in Ohio.

According to Lonegan, if New Jersey’s Cruz delegates were to get elected and attend the convention, they could have a say in shaping the Republican Party’s platform.

“They are a safeguard against people commandeering the party, not that I am saying that is what Trump is doing,” Lonegan said. “This is a party not a one man show. Delegates can work very hard to establish what the Republican Party’s principles are going to be. Of course running a campaign without a candidate at the top of the platform will be difficult but people are free to go out and present their ideas to their neighbors and try to get elected.”

For Lonegan, Cruz’s withdrawal from the race does not mean that his support will automatically switch over to Team Trump.

“As far as Donald Trump I think he still has to work very hard to unify the party and sell himself to people like me,” Lonegan told PolitickerNJ. “I am about ideology and principle before the person. I am not just one of those people who thinks you have to back the candidates no matter what. You have to remember he reduced his campaign to character assassinations of Ted Cruz and Heidi Cruz and Ted’s dad so he has to fix that. He has to fix that with the Cruz family and also present what his principles are as president. There is a similarity between him and Hillary [Clinton] on a lot of issues so he has to bring some clarification to the argument.”

While Lonegan said he is “open to hearing what Donald Trump has to say” he says that a platform consistent with some aspects of Cruz’s ideology is critical in choosing who he will vote for.

“I won’t vote for Hillary. Either I won’t vote or I will vote for a third party candidate,” said Lonegan about how he will potentially vote in the event Trump’s campaign fails to garner his support. “But I am open to hearing what Donald Trump has to say in the weeks to come. We have a long way to go to the convention and to November so we will see what happens.” 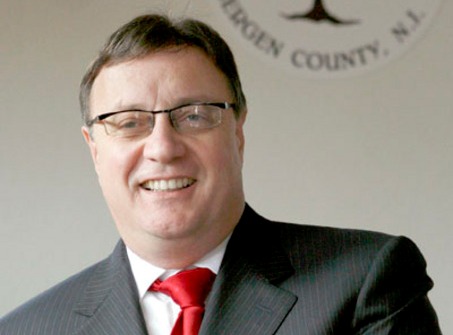