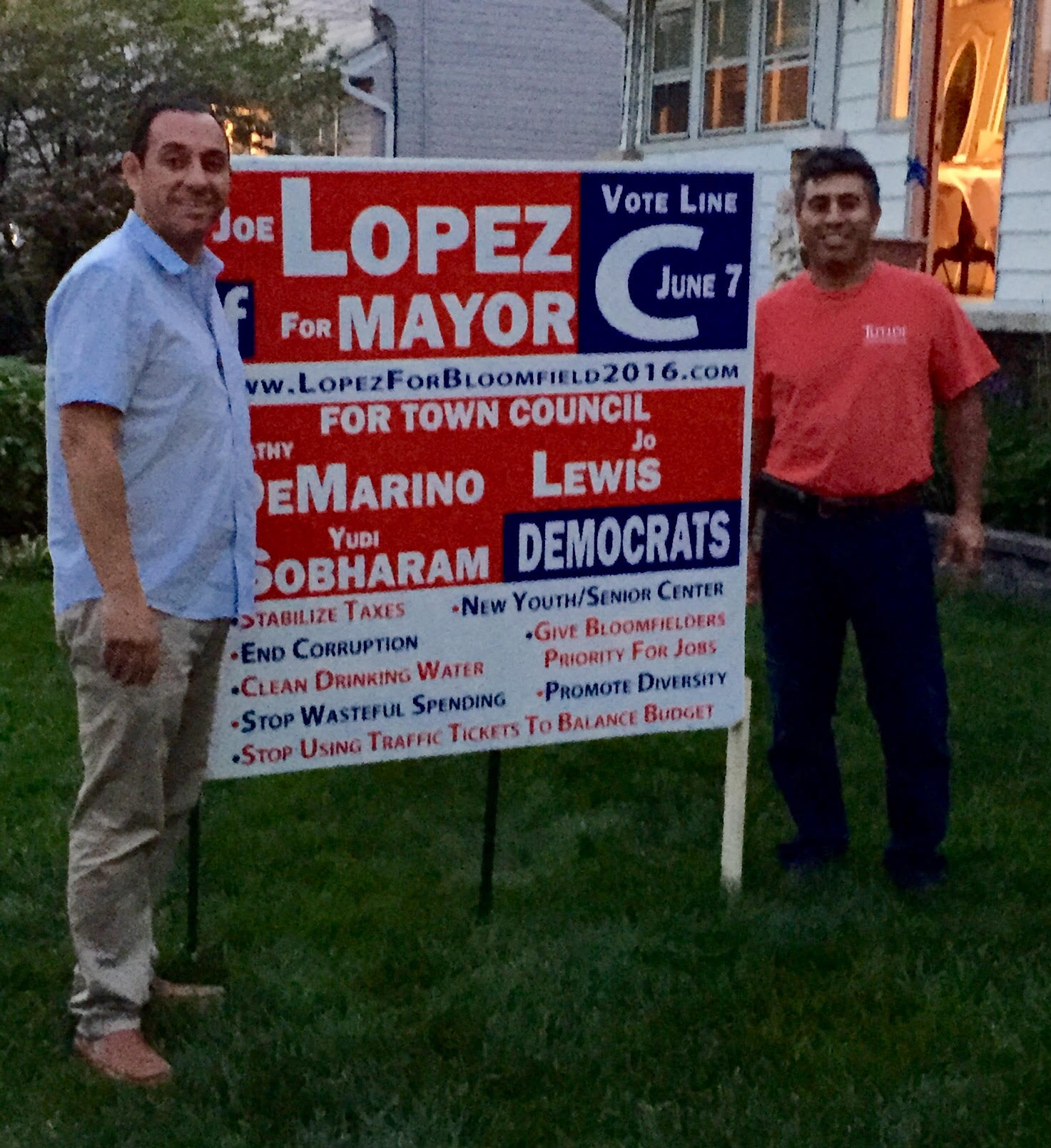 Lopez with Ponte in front of Ponte’s home.

The campaign of incumbent Bloomfield Mayor Mike Venezia alleged that challenger Joe Lopez attempted to remove a Venezia lawn sign from the home of a supporter. However, according to Lopez, that claim is a “lie” and “spin” by the Venezia campaign. 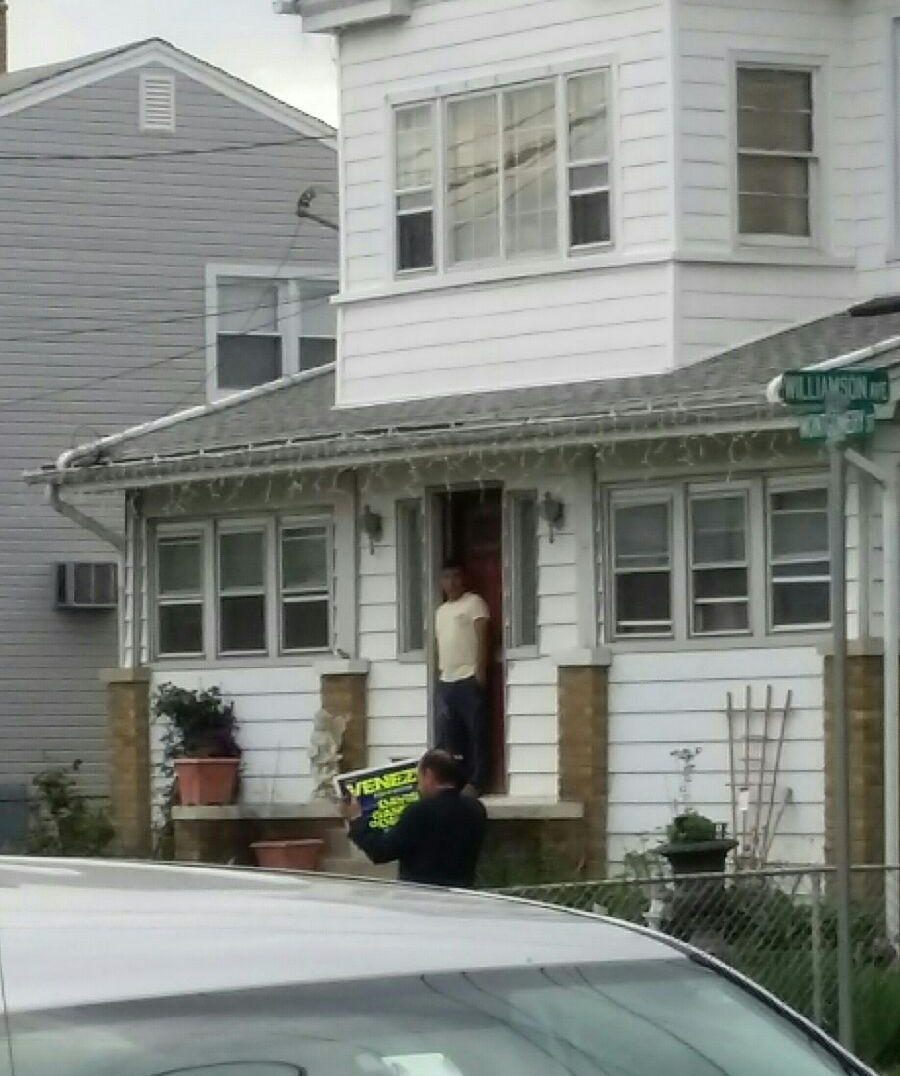 The image circulated by Team Venezia.

According to the Team Venezia statement, Lopez was seen by witnesses approaching the sign and then was told by the homeowner to leave it in place. In a statement, Team Venezia called the alleged attempted sign removal a “sign of his campaign’s continuing desperation and dysfunction.”

“Desperate candidates like Joe Lopez do desperate things, like making outrageous and false statements, politicizing emotional community issues, and also apparently unsuccessfully trying to steal their opponents’ lawn signs,” said Team Venezia Campaign Spokesman Philip Swibinski. “This incident speaks to both the Lopez campaign’s lack of character and its ineffectiveness. Candidates who feel their time is best spent trying to steal lawn signs are not generally very successful, and we believe strongly that the voters of Bloomfield will agree and will deliver a resounding victory to Team Venezia on June 7.”

Lopez, however, paints a very different version of the events involved in the photograph. In a Thursday morning response to the claims (which were also posted on the Venezia facebook page) Lopez said the home pictured belongs to his neighbor, Apolio Ponte, and that he was given permission to remove the Venezia sign.

In his statement, Lopez included testimony from Ponte and the photo above of the two together in front of Ponte’s home to illustrate his claims that the allegations against him are a fabrication.

Ponte’s statement read: “The mayor’s accusation is a bald faced lie. Nothing could be farther from the truth. The fact of the matter is Joe Lopez is a good family man who happens to be my neighbor and I wholeheartedly support him for mayor as well as his council at-large team. I requested a Lopez sign be put on my lawn which was scheduled to be installed on Wednesday. In the meantime, a Venezia sign appeared on my lawn on Tuesday. The photo that Venezia posted is the opposite of what it looks like. I asked Lopez to remove the sign from my lawn. After all, it’s my property and I have every right to display the sign of the candidate of my choice. Joe Lopez initially removed the sign at my direction and then put it back on my lawn, advising me to keep the sign on my lawn or remove it at my discretion. Once the Lopez sign was installed on my lawn on Wednesday, I removed the Venezia sign. Our entire family is voting LINE-C all the way.”

In his response Lopez said: “This is just another example of Mike Venezia’s penchant for saying anything to try to win an election. But the people can see right through his distortion of the facts. This is a feeble attempt to take attention away from the issues in this campaign… [Venezia] is also hoping the residents of the south end of town forget that crime is a major problem in their neighborhood but he doesn’t think it’s a priority. As an example, instead of being concerned that someone was pistol whipped and shot yesterday in the south end, he took to Facebook to post his fabrication that I stole his lawn signs. Rather than have more neighborhood patrols in that area, the mayor’s priority is to direct the police to write south end residents as many traffic tickets as possible so that he can balance the budget on their backs, those who can least afford it.”

Lopez’s statement  also blasted Venezia for alleged support of Daniel Chalet, the family member of indicted councilman Elias Chalet who was charged with defrauding Home Depot in 2014. In January, Lopez and Daniel Chalet were involved in a physical altercation.

Both Venezia and Lopez are Democrats and will be facing off in Bloomfield’s primary. Currently, Lopez serves as a councilman in Bloomfield. 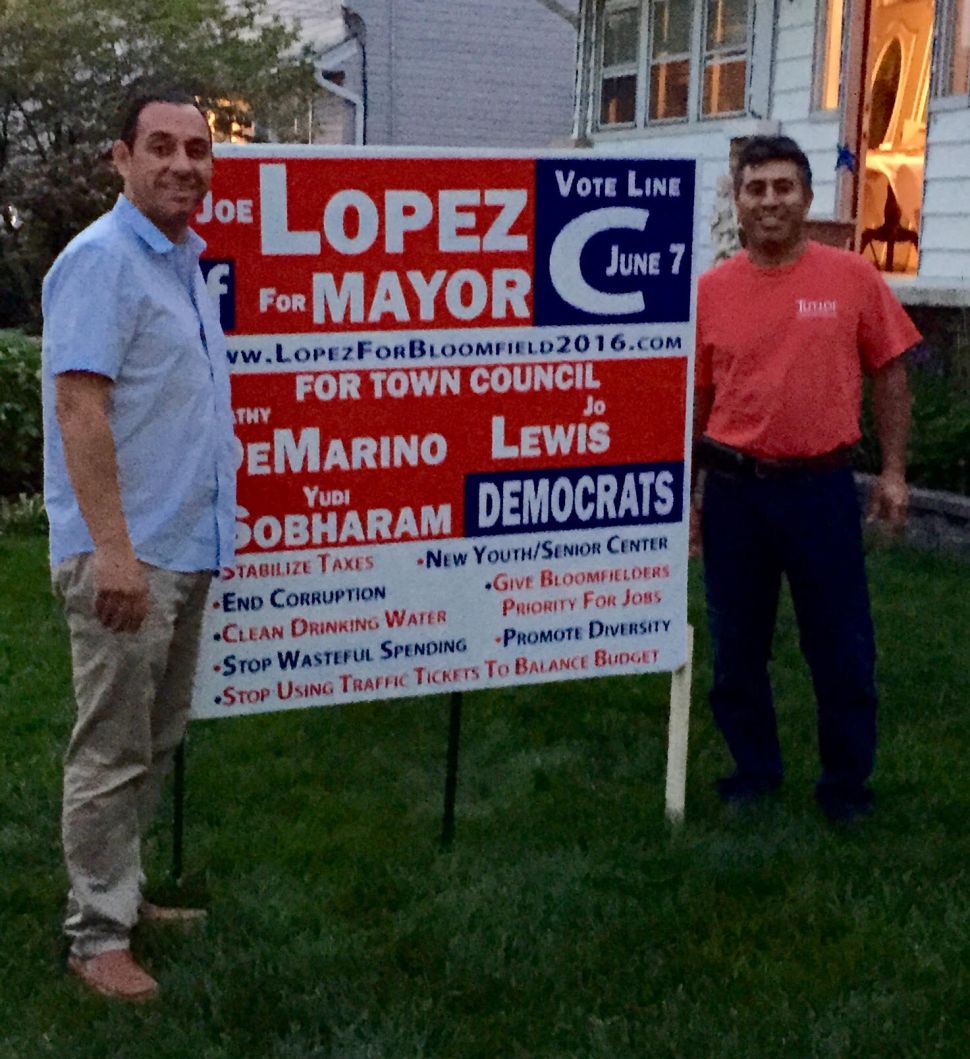