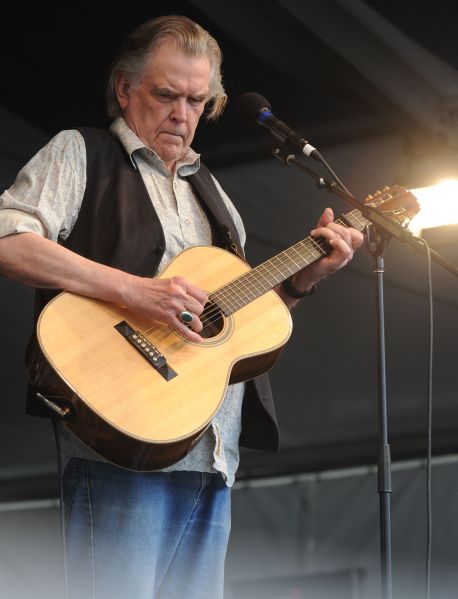 NEW ORLEANS – MAY 03: Singer/Songwriter Guy Clark performs at the 2009 New Orleans Jazz & Heritage Festival at the Fair Grounds Race Course on May 3, 2009 in New Orleans. (Photo by Rick Diamond/Getty Images)

Steve Earle was once famously quoted as saying, “Townes Van Zandt is the best songwriter in the whole world and I’ll stand on Bob Dylan’s coffee table in my cowboy boots and say that.” He may as well have been talking about Guy Clark, who passed away yesterday at the age of 74.

Hailing from the small West Texas town of Monahans, Clark cast quite the long and influential musical shadow. Alongside fellow Lone Star natives like his late best friend Townes Van Zandt and Willie Nelson, Clark helped kick down the outlaw country door. Through it burst hordes of talented singer-songwriters (who were seemingly all native or transplanted Texans) ranging from the various members of the Lubbock music mafia (Jimmie Dale Gilmore, Joe Ely, Terry Allen, Butch Hancock) to alt-country Renaissance man Steve Earle (for who he arranged his first songwriting job in Nashville) and ex-Emmylou Harris sideman Rodney Crowell.

Casual fans may know Clark for his two most notable songs ”L.A. Freeway” and “Desperados Waiting for A Train,” by way of hit versions recorded by fellow iconoclast Jerry Jeff Walker. And while contemporary country music is caught up in the bro-country vapidity of acts like Florida Georgia Line and Jason Aldean, there was a point when Nashville (a place Clark called home for many years) embraced lyrically deep manna for other artists to record. Among the artists who’ve enjoyed chart success that came out of Clark’s pen are Ricky Skaggs, Asleep At the Wheel, Vince Gill, Bobby Bare, Steve Wariner and Crowell.

While the lean and lanky troubadour with the craggy visage was a fountain of lyrical genius, his own recorded output is equally worth seeking out.

Starting with his 1975 debut Old No. 1 (which contains the original versions of “Freeway” and “Desperados” and liner notes by Mr. Walker), Clark recorded a steady and sporadic stream of albums rife with gems. His 1976 sophomore bow Texas Cookin’ was essentially a house party at Chip Moman’s American Studios with numerous talented guests including Waylon Jennings, Harris, Crowell and Mickey Raphael harmonizing on songs like the jaunty title cut and “Anyhow, I Love You” before tying it all up with the deeply descriptive “The Last Gunfighter Ballad.” There’d be the leap to Warner Brothers with a self-titled 1978 effort that found Clark throwing strings and clavinet into the mix while embracing songs by Crowell (the Caribbean-tinged “Voilà, An American Dream”), Van Zandt (a winsome “Don’t Take It Too Bad”) and Jimmie Rodgers (the bouncy honky-tonker “In the Jailhouse Now”).

What made Clark such an effective songwriter was his knack for capturing loss, best demonstrated than on 1983’s Better Days, which would feature the first version of the ultimate tribute to a father, “The Randall Knife.” Having had a complicated relationship with my own dad, who also passed away recently, Clark’s lyrics really resonate: “My father died when I was forty/And I couldn’t find a way to cry/Not because I didn’t love him/Not because he didn’t try/I’d cried for every lesser thing/Whiskey, pain and beauty/But he deserved a better tear/And I was not quite ready.”

Throughout his career, Clark was a slow and steady kind of artist who would have what some would call a mid-’90s comeback with killer records like 1992’s Boats to Build (home of the sly huckster shuffle “How’d You Get This Number”) and 1995’s Dublin Blues (where you’ll find the sassy “Shut Up and Talk to Me” co-penned with wife Susanna and Keith Sykes). And while his last triumph was the 2014 Best Folk Album Grammy he received for 2013’s My Favorite Picture of You, it’s a win that came out of the sorrow drawn from the passing of Susanna in 2012 after 40 years of being together.

The title cut was inspired by a real life story when she came home to find Clark thoroughly soused alongside drinking buddy Van Zandt. Having been warned by his wife about his drinking, she packed her bags that day (which is where the photo on the album cover comes from) and in recounting that argument, Clark slays in a matter-of-fact way with the couplets, “There’s a fire in your eyes/You’ve got your heart on your sleeve/A curse on your lips but all I can see/Is beautiful” and “It’s a thousand words/In the blink of an eye/The camera loves you and so do I/Click.”

Lyle Lovett was one of many famous fans and not only did he turn to Clark for the title cut for his all-covers 1998 outing Step Inside This House, he took Clark on the road with him as part of a songwriters pull caravan whose other participants included other lyricists featured on the album—Steven Fromholz, Vince Bell, Willis Alan Ramsey, Michael Martin Murphey and Robert Earl Keen. The tour played a pair of shows at the Bottom Line and I was lucky enough to go to the date featuring Clark alongside Fromholz, Lovett and I believe Ramsey. The musicians would be having a casual conversation with one another, talk about a particular song they liked by one of the other songwriters and then play the song.

My most vivid memory was of Clark asking if he could light up a cigarette inside the club. He was told no. Grumbling to himself, Clark stepped outside to have the aforementioned smoke while Fromholz and Bell waited for him to come back while lauding Clark’s inherent hipness. Just as they were saying, “Isn’t Guy Clark the coolest?,” Clark ambled back in with the perfect timing only a natural-born bad ass possesses, straddled his stool, exhaled a perfect plume of smoke and muttered something about fascists. Yeah, Guy Clark was and continues to be the coolest. 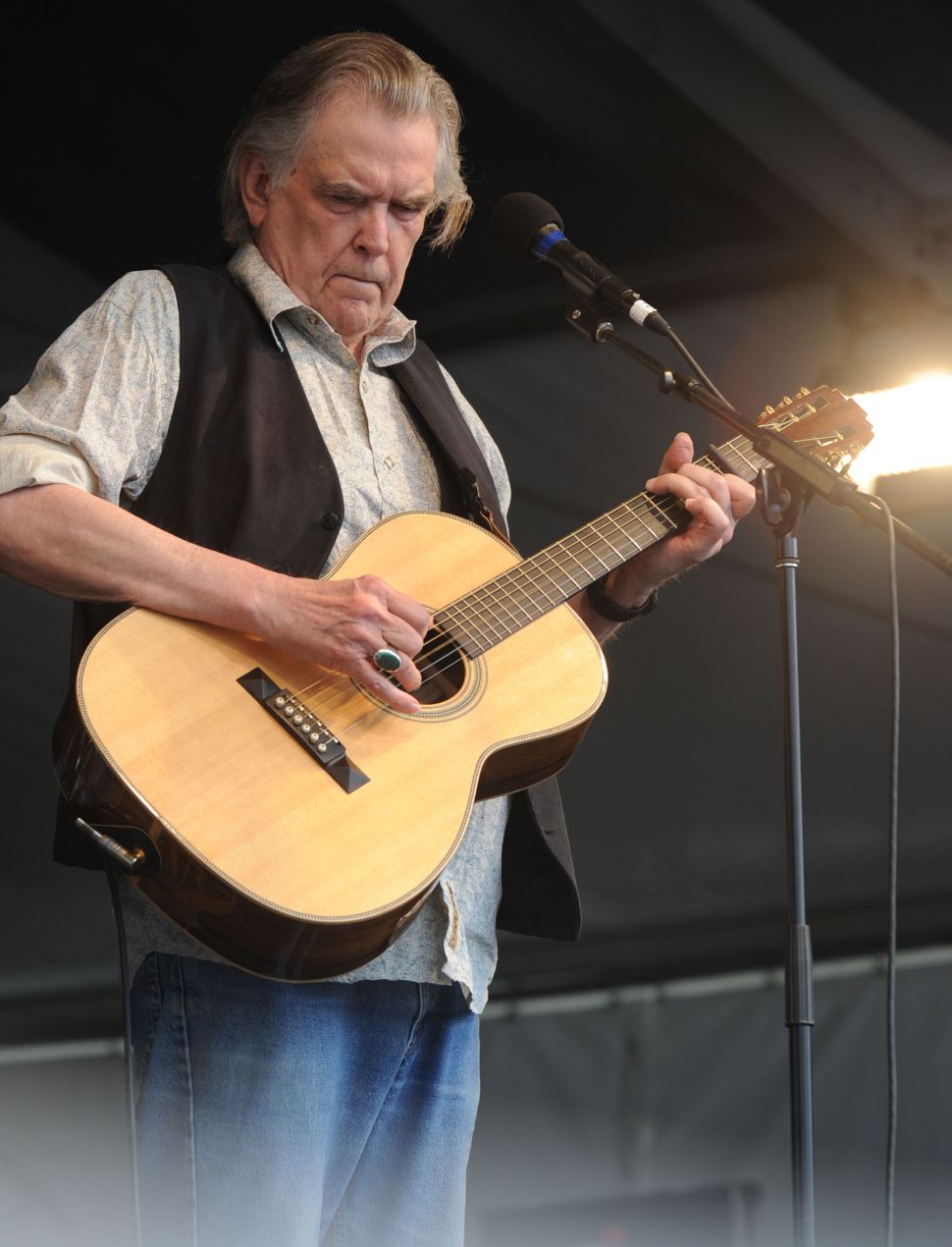