While most of the eyes were on Taylor Swift, who shined in metallic Louis Vuitton armor at Monday’s Costume Institute Gala, many of the women were accompanied by an equally well-heeled man. In the mad dash up the media gauntlet on the museum’s steps, several notables stopped to give their advice on how to look one’s best at the Met Ball. The evening’s co-host, Idris Elba, who sat alongside grande dame Anna Wintour throughout the evening’s program, advised patience. “Take your time,” he said, sporting Tom Ford. “Make sure you triple check that your shirt’s down, the whites of your cuffs are coming out, and you just look fly.”

Some relied on their sponsoring brands. “I’m wearing Prada so it’s easy,” Ansel Elgort said with a million dollar smile. Diplo cited his Calvin Klein suit and Givenchy shoes as his sole reasons for looking good, Target socks notwithstanding. “I had to get them real last minute, and Target was right around the corner,” he said. “They’re so comfortable! Target makes the best socks.”

The comedians in the group were, of course, full of jokes. “I would get ready with a shave for sure,” Paul Rudd said, his face covered in a wooly beard. “I’m neck to ankles spanx,” Late Late Show host James Corden said as his wife giggled on his arm. “I have to be rolled out of this. There’s three men waiting in our room to roll me out of the Spanx. Basically, I lie down and they roll me around until it rolls away down to the ankle.” The Cinema Society’s Andrew Saffir wore a tuxedo bedecked in several flashing lights, thus he suggested, “A lot of batteries.”

A staunch defense of the bowtie arose too. “Get a bowtie, and learn how to tie it like a grown man,” Benjamin Walker, star of the Broadway adaptation of American Psycho, donning Dunhill said. “That’s rule number one.  None of the clip ons. Get your YouTube video and put in the time. You’ll be glad for the rest of your life.” Ben Stiller said the same, although he still does not know how to tie one. “Get somebody to tie it for you,” he said. Though his wife, Christine Taylor, admitted, “I didn’t tie it for him, I have no idea.” Cameron and Tyler Winklevoss stepped out of the debate, blaming designer Tom Ford, who is their continued choice for custom formalwear to fit their towering frame. “Tom actually doesn’t sell bowties you can tie yourself, so we’re off the hook,” Tyler said.

Model Lucky Blue Smith offered a simple “confidence,” although Broadway star Alexander Sharp admitted it’s all a front. “I call it fake confidence,” Mr. Sharp said. “I just pretend I belong here and smile.” However, the evening’s best response came from billionaire investor, and husband to Diane von Furstenberg, Barry Diller who wore a classic black tuxedo topped with a pair of yellow-lensed sunglasses. When asked what a guy needs to look good at the Met Gala, he answered simply enough, “Not this.” 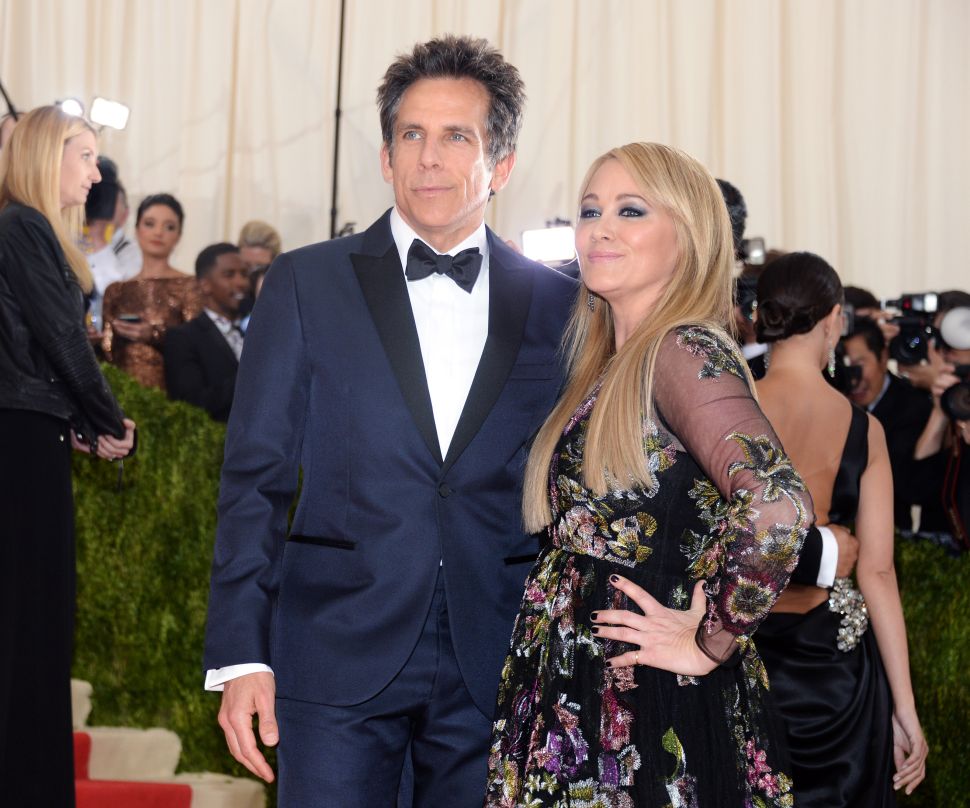