The former U.S. Ambassador to Germany and Goldman Sachs executive formally announced his bid for the governor’s mansion Monday, beating his anticipated rivals in the Democratic primary to the punch. Other contenders include Senate President Steve Sweeney (D-3) and Jersey City mayor Steve Fulop, along with Assembly members John Wisniewski (D-19) and Shavonda Sumter (D-35) as well as Senator Ray Lesniak (D-20).

With Governor Chris Christie reaching the end of his term in 2017 without a Republican heir apparent, the Democratic primary is widely expected to determine his successor.

“Having conversations with our fellow New Jerseyans and using new technologies to help empower people to get involved are going to be crucial to how we win this race,” Murphy wrote in his invitation to supporters. “This campaign will never be politics as usual and this innovative outreach is just the start.”

“Tens of thousands of people responded to our call for change,” he continued. “These conversations convinced me that if we’re going to take on the political insiders, we’re going to have to build a people-powered movement that energizes progressives to bring their ideas, their energy, and their passion for New Jersey to this campaign.” 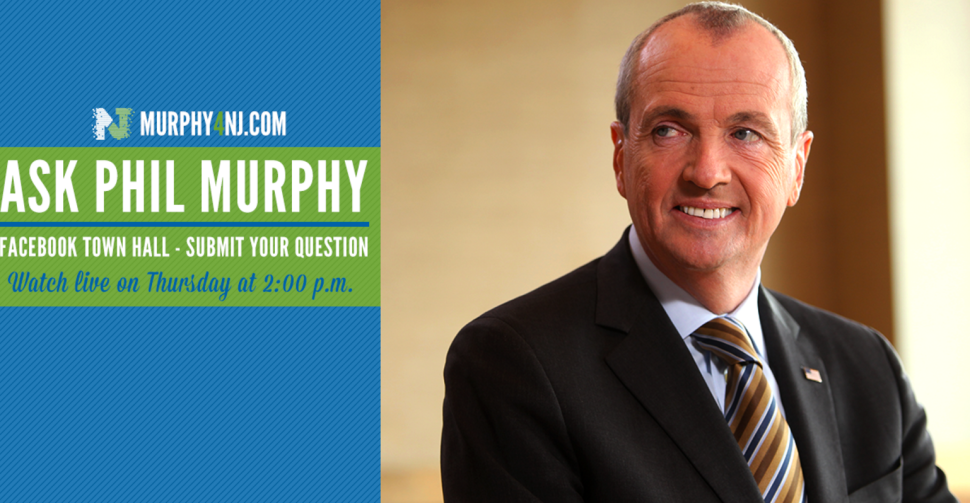