On Tuesday, during a teleconference with the media, NASA announced the discovery of 1,284 exoplanets by the Kepler Space Telescope—essentially doubling the number of these known mysterious worlds that exist outside of our Solar System.

Based on their perceived size, NASA says over 550 of the planets announced today are estimated to be rocky planets. Of those rocky planets, Kepler has identified 21 planets located in the habitable zone, including 9 in today’s discovery. Since the only example we have of life in the Universe is on Earth, which is also located in the habitable zone, these planets could potentially harbor life.

“Before the Kepler space telescope launched, we did not know whether exoplanets were rare or common in the galaxy. Thanks to Kepler and the research community, we now know there could be more planets than stars,” said Paul Hertz, Astrophysics Division director at NASA Headquarters. “This knowledge informs the future missions that are needed to take us ever-closer to finding out whether we are alone in the universe.”

Kepler is transforming the way we view the Universe. Launched in 2009, the space observatory has been busy searching the Milky Way Galaxy for Earth-sized planets that exist in a cosmic sweet spot around its host star, dubbed the ‘Goldilocks zone’. This refers to the region around a star that’s “just right” for the presence of liquid and potentially life.

Kepler’s main goal is to determine how many Earth-sized planets orbit the habitable zone of Sun-like stars. “This work will help Kepler reach its full potential,” explains Natalie Batalha, a Kepler mission scientist at NASA’s Ames Research Center, “by providing a deeper understanding of the number of stars that harbor potentially habitable, Earth-size planets—a number that’s needed to design future missions to search for habitable environments and living worlds.”

Last July, The SETI Institute and NASA announced the discovery of the most Earth-like planet ever discovered, Kepler 452b. The planet is 1,400 light-years away from Earth and orbits a star referred to as our Sun’s cousin. The distance between Kepler 452b and its parent star is very similar to the distance of Earth’s orbit around the Sun. The exoplanet—which is about 60% larger than our planet, is thought to be rocky with an atmosphere and some amount of .

Kepler monitored one patch of sky for four straight years, observing 150,000 stars, and determined that many of them host a variety of planets; most of which do not have an analogue within our Solar System. Kepler’s difficult mission is to separate the rocky, terrestrial planets—ranging in size from half the size of Earth to twice its size—from the rest. Scientists are also hoping to determine what percentage of the stars in our galactic backyard may have Earth-sized planets in or near the habitable zone.

The Kepler Telescope as a space observatory, identifies these worlds using the ‘transit method’—a technique of observing the periodically dimming light of stars in its line-of-sight. When a planet crosses in front of a star, it blocks out a portion of the star’s light, this is called a ‘transit’. This same dimming is what Kepler sees as exoplanets orbit their host stars. On Monday, Mercury’s transit of the Sun was visible from Earth

During Kepler’s original mission, the telescope discovered approximately 4,302 potential exoplanets. With today’s announcement, nearly half of those (over 2,000) have been verified as planets.

In a paper published today in the Astrophysical Journal, a research team led by Timothy Morton of Princeton University made the discovery and described how they were able to weed out 428 planetary impostors or false positives.

Not every dip in a star’s light is caused by a planet, there are certain astrophysical phenomena such as lower mass stars (like brown dwarfs) that can masquerade as planets in the data, so follow up observations are needed to weed out false positives. This process is lengthy, requiring a lot of time and resources to complete.

This discovery is based on statistical analysis that can be used to examine many planets at the same time. Morton used this method to determine how likely it was that each candidate was in fact a planet.

The team says that based on Kepler data, there could be over 10 billion rocky planets orbiting in the habitable zone in the entire galaxy. 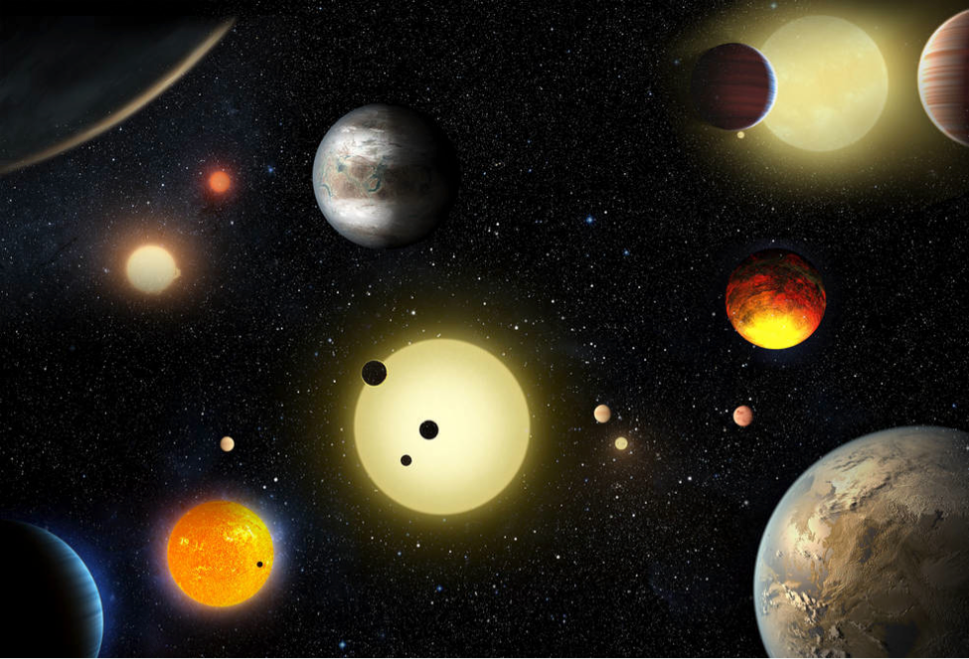