The coalescence of the Republican leadership around Donald Trump may be happening slightly quicker than expected, but it was entirely predictable. Turns out that for many Republicans #NeverTrump actually meant, “on balance we would prefer somebody like Marco Rubio, but we will support pretty much anybody who is not a Clinton or an Obama.” Hypocrisy among political party elites is not exactly something invented by Paul Ryan or other Republicans, but the discourse surrounding these developments in nonetheless significant.

Following his meeting with Donald Trump on May 12th, Mr. Ryan noted that he and the Republican nominee had “discuss(ed) the core principles that tie us together.” Mr. Ryan should get some credit for expediency, but the American people might want to ask the Speaker of the House to what core principles he was referring: that women are disgusting, that immigrants from Mexico are rapists, that we should write religious discrimination into our laws, that there are times when allowing a largely white crowd to assault an African American person who has simply exercised his freedom of speech is okay, that when one’s supporters use vicious anti-Semitism against a Jewish writer who wrote something they don’t like one should just let it happen?

In fairness to the GOP leadership, many Republican heavyweights fought very hard, or at least talked and Tweeted a lot, in an effort to stop Mr. Trump from winning the nomination. However, the ease with which he cruised to the nomination in a very crowded field, not by being the most conservative candidate, but by being the most intolerant and hateful one, is an ugly reminder to the Republican leadership that in their party, white anger is now much more relevant than conservative economic principles. To phrase it less delicately, in the GOP bigotry has now trumped greed.

Some prominent Republicans, most notably Mitt Romney have expressed concern about the bigotry in Mr. Trump’s campaign, but any Republican who was genuinely worried about their party being too close to racist sentiments and bigots should have spoke out years or even decades ago.

For years, the harshest critics of the Republican Party have accused the GOP of being racist. Many people within the GOP responded angrily to those attacks and bristled at being called racist. After the party nominated Donald Trump and their leadership not only supported him, but rarely mentioned the bigotry surrounding his campaign as one of the reasons they did not initially want to support him, Republicans will now have to live with that epitaph. At the moment when GOP leadership was faced with the choice of standing up to racism or backing a candidate for President who has a very slim chance, many of those leaders chose the latter. This is something the American people should not forget.

Racism has long been a potent political force in American politics even in the 20th century. For many years until the late 1960s, racist southern Democrats were a powerful wing of the Democratic Party. In the post-war era there have been two independent presidential candidacies, Strom Thurmond in 1948 and George Wallace in 1968, that were rooted in racism. The difference this year is that explicit bigotry of this kind is front and center in the campaign of the nominee of a major political party. The relative, but not complete, silence about this from many in the GOP, is disturbing, although not as surprising as many might think or hope. Some prominent Republicans, most notably Mitt Romney have expressed concern about the bigotry in Mr. Trump’s campaign, but any Republican who was genuinely worried about their party being too close to racist sentiments and bigots should have spoke out years or even decades ago.

For at least a generation now, American politics has been characterized by one party that draws a big majority of voters who are white, straight and Christian and another party that draws big majorities of voters who are not all three of those things. That did not happen by accident, but has been the result decades coded racial appeals, opposition to Civil Rights and a commitment to turning fundamentalist Christian views into laws. In that context, the emergence of a candidacy like Mr. Trump’s no longer seems extraordinary, but is more of a natural outgrowth of where the Republican Party has been going for a long time. Accordingly, nobody should be too shocked that for many Republican leaders Mr. Trump’s insufficiently conservative policies have been more off-putting than the bigotry that permeates his campaign.

All of this puts the future of the Republican Party in great doubt. A defeat of Mr. Trump in November will likely lead to an intense fight for the future of the GOP between a populist-nativist wing and a more traditionally conservative one. The closer the race, the stronger the former group will be. If Mr. Trump wins, the GOP will have to get behind his radical and divisive ideas or doom his presidency to failure. The strategically smarter move for the party, and more principled approach, would be the latter, but given what we have seen from the GOP leadership in the last month it would likely be the former.

The ascendancy of Donald Trump in the Republican Party has changed the GOP from a party that did not sufficiently address the problem of racism in its midst to one that celebrates that very racism. Correspondingly, the actions of Paul Ryan, Mitch McConnell and others over the last few weeks have made it evident that while in the past all Republicans had to at least act as if they thought racism was wrong, that is no longer the case. 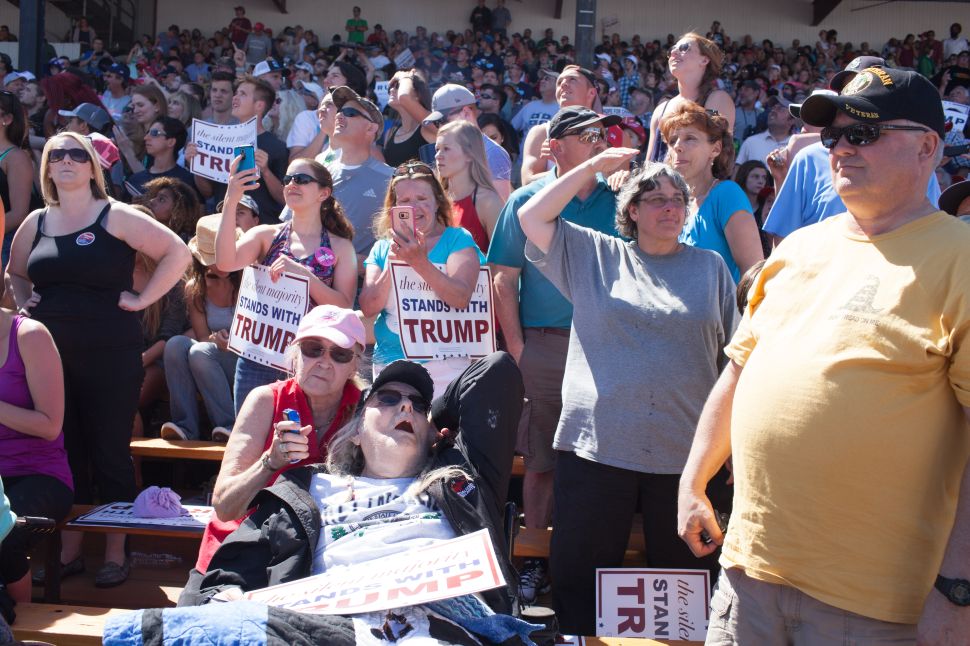