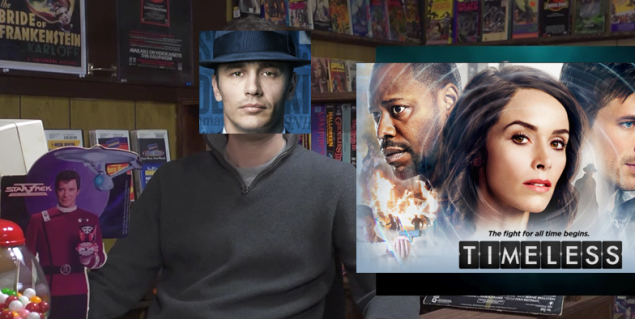 As someone whose sole means of income involves watching TV and writing about it, I’d excuse you for thinking I plan to watch Timeless, form an opinion, and share that opinion via words. Well, [sensible chuckle] you’re wrong about that one and, depending on your opinion of NBC’s Timeless, possibly an idiot as well. I’m doing something a little different here…a NON-review.

Because I refuse to watch Timeless.

The reasoning here is so simple, even possible future-fans of NBC’s Timeless should be able to follow it. As a diehard, absurdly devoted fan of Hulu’s 11.22.63, I feel like the market for stories about traveling through time to stop crime is full, dare I say to capacity. 11.22.63, which we now have to refer to as “the time travel show with James Franco,” is an unforgettable streaming experience, in which high-school English teacher Jake Epping travels through time to save John F. Kennedy’s life, and then spoilers he doesn’t! It has talking scarecrows, guys with clothespins on their dick, and even James Franco. NBC’s Timeless has NONE of those things, I assume, because why watch a show if you already know it’s not exactly what you want?

Look, it’s not just because the trailer looks bad enough to make me clutch my Official Branded 11.22.63 Fedora in horror. I mean, sure, the jokes are being delivered almost as if they’re not jokes and this is a totally different genre, and the Hindenburg effects are on par with this lame attempt at a Facebook Live stream I found on Youtube. It actually looks embarrassing when you compare it to 11.22.63, which managed to craft a lifelike, realistic character solely from CGI. Here, next to Franco, you can barely tell where the effect ends and reality begins. 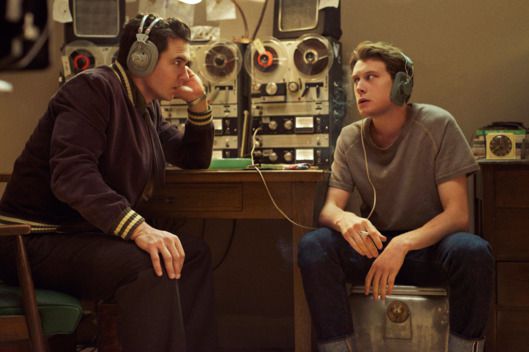 Okay, despite everything I just said, my real problem is with the title. Now, when you look up the word Timeless, you’re always going to see Timeless (2016), Timeless (2011), Timeless (1996) and other Timeless (2016). This is going to clutter my feed every single time I Google “11.22.63, timeless classic,” something I do often, on some days every hour on the hour over an extended period of time.

What I really don’t understand is, if Timeless just wanted to be a reboot of 11.22.63, why not take note from all the successful reboots before it? Like Back to the Future: Part III, which was just like the first two but with cowboys and a train. Or Game of Thrones season six, where you have Bran Stark essentially playing a younger Jake Epping. Or how about This is the End, which is a sequel to 11.22.63, but ALSO a reboot. I think. I have also not seen This is the End.

Instead, you have NBC parading out a time-travel show, but the lead character is not played by James Franco, and also, a woman? Like…what the fuck? It’s truly amazing to look back at the rich history of time-machine-related and marvel at how we ended up with NBC’s Timeless. No, seriously, it’s AMAZING, because the only true way to enjoy the world is to only look backward, putting up complete, steadfast blinders to what lies ahead. I know this. I just know. 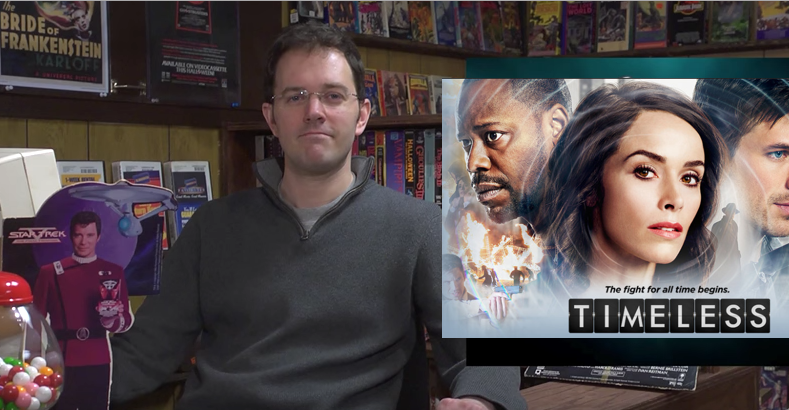