This weekend I read a very sharp article that challenged some conventional thinking on today’s powerful digital network businesses. Writing in the Harvard Business Review, David S. Evans and Richard Schmalensee, argue “Winner-Takes-All Thinking Doesn’t Apply To The Platform Economy.” While the media community worries about the power of monopolistic network effects for the likes of Facebook and Google, Evans and Schmalensee explain that these platforms don’t actually fit that bill and are in fact prone to disruption.

Network effects happen when a company creates a marketplace by networking together two sides of a market. For instance, Etsy networks together craft-makers on one side, and people who want to buy crafts on the other. Networks like this have a winner-take-all effect. For Etsy, the more crafters on the network, the more likely it is that customers will come, and the more customers there are, the more crafters will join the network to sell their wares. Once all the crafters and craft-customers are on the network, a challenger would have to get all the crafters and all the customers to switch at once. In this way, the winner has a big advantage and can come to dominate an entire marketplace.

Social networks, like Facebook, possess a strong network effect – the more friends you have on the network, the more useful it is, compelling still-more friends to join, and making it harder to leave. What Evans and Schmalensee astutely point out, though, is that from a business perspective, friends-on-friends is not the marketplace that Facebook is creating. Facebook’s network is really users (specifically, users time) and advertisers. And in that realm, Facebook is far from a take-all winner.

The article deserves a full read — they also discuss how marketplace platforms can vanish as quickly as they appear:

Experience also shows us that that network effects can also work in reverse, and destroy value with explosive speed. This has happened to many shopping malls. When consumer traffic drops a little, a few stores leave, the mall becomes less attractive. Then traffic reduces a little more, more stores leave, and the mall officially shutters. Internet companies, such as MySpace in the U.S., and Orkut in Brazil and India, have suffered similar fates as well.

While their main point is that today’s platforms aren’t really experiencing winner-take-all dynamics, they also touch on why the world of multi-sided platforms will always have (their own flavor of) robust competition:

The problem is that network effects just aren’t as durable as they used to be…Currently, modern technology — fueled by software, the internet, and the cloud — makes it possible for a challenger to enter the market at minimal cost.

What’s striking is how the same forces that are monopoly-inhibitors for the social platforms are also the cause of so many challenges in the media business. The above quotation could just as well be about web publishing, so it’s important to understand the new, fundamental “laws” that govern the radical change both in Facebook Land and the media world.

#1) Everything Is Liquid (Or, The Law Of No Marginal Costs)

From a business perspective, digital goods are revolutionary because they cost nothing to replicate and distribute. Physical goods (which, until recently, comprised all goods) have a “marginal cost” associated with each unit made. Design a product and one must still pay for the raw materials, labor, and shipping to get each unit of that product into a customer’s hands. But the unit economics of digital are different – there is the fixed cost of designing and building the digital product, but once designed the code can be copied infinitely and distributed to all possible customers via the Internet for nearly free. This is the case not only for software and apps, but for any digital content – professionally produced media included.

The implications are profound. First, a product without marginal costs will tend towards a price of $0.00. For any given business, this makes sense. They’ve already invested the fixed costs of producing that product. Each unit they sell, at any price, brings in additional revenue at no cost to them. In fact, the more units they sell, the wider the base over which to distribute that fixed cost, and the more profitable their business is. So even if the first million units of the product sell for $10, netting $10MM in revenue, if that company can sell an additional million units for $1, it makes sense to do so, netting another $1MM against their fixed cost investment. Given competitive pressures, the logic of “no marginal cost” can quickly lead digital goods to a penny, free, or cheaper-than-free.

Second, no-cost replication and distribution has the effect of making digital content “liquid”, meaning content businesses compete not only which each other, but with anywhere their content might be reproduced and distributed (legally or not). This effect is seen in news organizations that break scoops only to have them re-written instantly across the web. Further, it costs nothing to pirate content, beyond extremely slim legal risk. This ‘liquidity’ effectively caps the price people will pay for content at the “cost-of-hassle” of the (legal or illegal) alternatives.

Finally and obviously, the most important implication of free, unlimited content distribution is that everyone can now distribute content. And we do!

Taken together – the fact that media companies will compete to the last penny (downward pressure), and the “capping” mechanism of alternatives, create a radically competitive environment.

As Evans and Schmalensee note, a social network’s real customers are their advertisers. Similarly, the competitive pressures of a “no marginal cost” world have set the price for a lot of digital media at $0.00; readers instead “pay” by looking at ads. And unfortunately, the second law of new media is that advertising demand is relatively static.

Advertising exists to inform and entice consumers to buy products. Though obvious, it’s important to remember that advertisements seek to create demand for a specific product, they can do nothing to increase consumer demand for products, in general. Consumers can’t spend more than they have, thus advertisers are ceaselessly fighting for a slice of that pie.

It makes sense, then, that advertising is a fixed percentage of GDP. The numbers bear that out: for the last 70 years, ad spend has stuckbetween 1% and 1.4% of GDP in the United States. Doubling ad spend to 2% of GDP would be fruitless, because it would put no more spending money in peoples’ pockets.

What The New Physics Mean For Media Companies

The first law tells us there will be a near-unlimited supply of digital content and constant downward pressure on “prices” (usually paid via ads). The second law tells us that there will still be a limited amount of demand for that digital content. This means the media business, and indeed the world in general, is shifting from a supply-constrained to a demand-constrained world, from a media-sellers-market to a buyers-market.

None of this is meant to cast a pall over media, or any other digital-goods business. It’s simply to note that the physics of the business have changed irreversibly; it’s different, not worse. In fact for consumers, more choice and less cost is certainly better. But it does signal the need to transform, from an old world where one could create media and be sure of demand for it, to a new world, where media companies must sell those things which are immune to economic law – intangibles like experience, feeling, and brand-value.

The new physics of media also means media companies must become multi-sided. Facebook is strong in part because users and advertisers are not the only players on their marketplace — developers, websites, and small businesses play as well. Similarly, today’s media brands offer services and experiences to advertisers, in the form of content studios and in-house agencies, and multiple products to consumers, like mobile apps, events and even sell them physical products.

The physics of the digital age apply to everyone, opening vast swaths of new opportunity while making certain old businesses more focused. The media business can and will adapt, but only if they keep firmly in mind the new laws under which they operate. 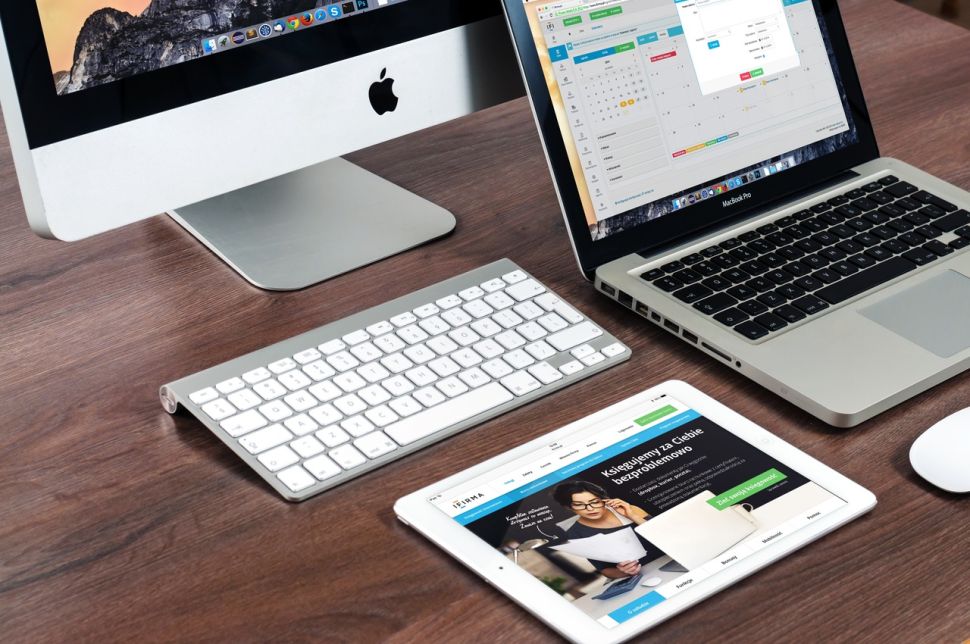