Israel is the greatest Jewish miracle in 2,000 years. As it turns 68 years old, it is important to consider its implications.

There is a tendency by some not to romanticize Israel. For them, the country is like others—albeit with far greater security challenges. Israel is a country with roads, cities, towns and town squares, like any other.

This is not true for me. For me, Israel is the most romantic country in the world. Its every stone flowers with meaning, its every road presents a journey on the stage of destiny. Some nations are built on a dream. Israel is the dream itself. Arriving as a visitor, you awake fully to its bounty and beauty. And it never grows old. Visiting for the fiftieth time is like visiting for the first.

Arriving and bending down to kiss its holy soil may not seem like much when it’s the tarmac of Ben Gurion airport, but for me the kiss is an acknowledgment of an affair between two lovers.

And the truth is that in Israel there are no visitors. Arrive in Israel and you are instantly family. My daughter and son-in-law were pushing a stroller in the sand on Herzliya beach. In a minute four young men jumped to their feet to help carry the children. In Israel everyone is your relative.

My son serves in the IDF, and we traveled there for Passover to spend it with him. Seeing him in his uniform at the airport was jaw-dropping. For 2,000 years the Jews have been maligned, slandered and murdered. They were given no choice but to die. They did so with valor, knowing that the only act of defiance available to them was to die proudly as Jews.

On Passover eve 1943, a mysterious man—about whom still today not much is known—summoned his ragtag group of 700 ghetto fighters. Armed with nothing but a few pistols and Molotov cocktails, he informed them that their choice was not between life and death. In this battle, he said, we have no chance of prevailing. We cannot defeat the Nazis. We will surely die. Rather, this battle is about the choice of how we will die. Will we die as free men, laden with the dignity of our choice, or will we die as beasts led to the slaughter?

In Israel, everything lives.

He continued, “It is impossible to describe the conditions under which the Jews of the ghetto are now living. Only a few will be able to hold out. The remainder will die sooner or later. Their fate is decided… The dream of my life has risen to become fact. Self-defense in the ghetto will have been a reality. Jewish armed resistance and revenge are facts. I have been a witness to the magnificent, heroic fighting of Jewish men in battle.”

For three weeks, his starving and diseased fighters held off the most powerful army in Europe. They beat back German artillery, and in one of the most heroic acts of defiance in the long annals of human history, flew the Magen Dovid flag that would become that of Israel just five short years later.

His name: Mordechai Anielewicz.
His rank: Commander.
Field of battle: The Warsaw Ghetto.

Then, when they could fight no longer, he and hundreds of fighters, like the fighters at Masada before them, committed mass suicide by ingesting poison, so they would not be captured by the Nazi beast.

Seventy-one years later, in the dead of winter, after accompanying the Israeli Knesset to Auschwitz for the 69th anniversary of its liberation, I traveled, alone and freezing, in search of Mila 18—Anielewicz’s underground command bunker. I found the lone stone marker buried under three feet of snow and uncovered it with my bare hands. I shivered, not from the cold but from the chill that went down my spine as I contemplated the bravery that lay beneath me.

Till today, Anielewicz remains one of the greatest heroes in Jewish history and the father of modern Jewish resistance. But a short five years later, the Jews finally pushed the limits of choice to their logical conclusion: not whether to die as free men but rather to live as free men and women. They could, in their ancient homeland, fight back in 1948 against five invading Arab armies promising a renewed genocide and establish a democratic nation, free of the Arab tyranny that surrounded them.

Writers before me point out that perhaps the most sinister contribution of the Nazis to history was the muselmenn—the living dead—the men and women of the concentration camps haunting the barbed wire enclosures, with their hollowed-out eyes, bereft of any human spirit, reduced simply to the search for rotten bread. The Nazis succeeded with those kept alive from the gas chambers for work in not only enslaving once-free people but in making them living corpses, in whom the divine spark had been all but extinguished. That is how the American, British and Russian liberators found them, a collection of emaciated bags of bones, barely capable of begging even for soup.

Not long ago I asked Elie Wiesel, the living face of the six million, about the searing honesty he expressed toward the end of his Holocaust classic, “Night,” when he revealed that in the death barracks, his father, consumed with fever, asked him for .

Wiesel, emaciated, starving, infirm and famished, had hoped that after spending weeks taking care of his typhoid-ravished parent he would finally be liberated from his care. When his father begged him for in the middle of the night, Wiesel, freezing and barely holding on to life himself, could not summon the energy even to respond. In the morning the pleas ceased. Wiesel’s father had died. Wiesel was free at last.

“How did you write those haunting words?” I asked.

“I wrote them because if I was not honest in the book there was no point in writing it.”

But not only would Elie Wiesel become reanimated, he would become the greatest chronicler of the greatest crime in human history, thereby lending dignity and eternity to the six million martyrs, among whom were 1.5 million children. In the process, he would become a great Jewish light unto the nations, winning the Nobel Prize for peace.

But the point remains the same. The Nazis reduced even a soul that bright to the necessities of simple survival.

The Nazis wanted to make animals out of human beings. Lacking dreams, absent of vistas and horizons, the animal has no conception of maximizing its potential. The Nazis sought to reduce the Jews to beasts, bereft of human ambition, striving, and feeling.

But just a few short years later, the Jews did not just dream but reached and attained their ancient homeland, reconstituting themselves as a nation prepared to fight for independence, identity, dignity and human rights.

That dream courses through the arteries of all that Israel. To miss it is to overlook Israel’s magic. It’s to be blind to the defiant nature of the Israeli people.

Israel is not Sparta, committed as that ancient city-state was to victory for its own sake. Israel fights simply to defend life, and because Jews deserve better than simply being granted the choice as to how to die.

In Israel, everything lives. From the beautiful spring flowers that are now in bloom, to the settler communities surrounded by danger, where people live fearlessly, to young men and women like my son and daughter, who serve in the military without any bravado or militaristic inclinations, save to defend the innocent civilian population from attack.

Make no mistake about it. The world is ganging up on Israel. It has grown tired of these fighting Jews, who after nearly seven decades of attack have shown no sign of weakness. An overwhelming number of people seem intent on its destruction.

Am Yisrael chai. Israel is alive.

Rabbi Shmuley Boteach is the founder of The World Values Network and is the international best-selling author of 30 books, including his just-published, “The Israel Warrior: Fighting Back for the Jewish State from Campus to Street Corner.” Follow him on Twitter @RabbiShmuley. 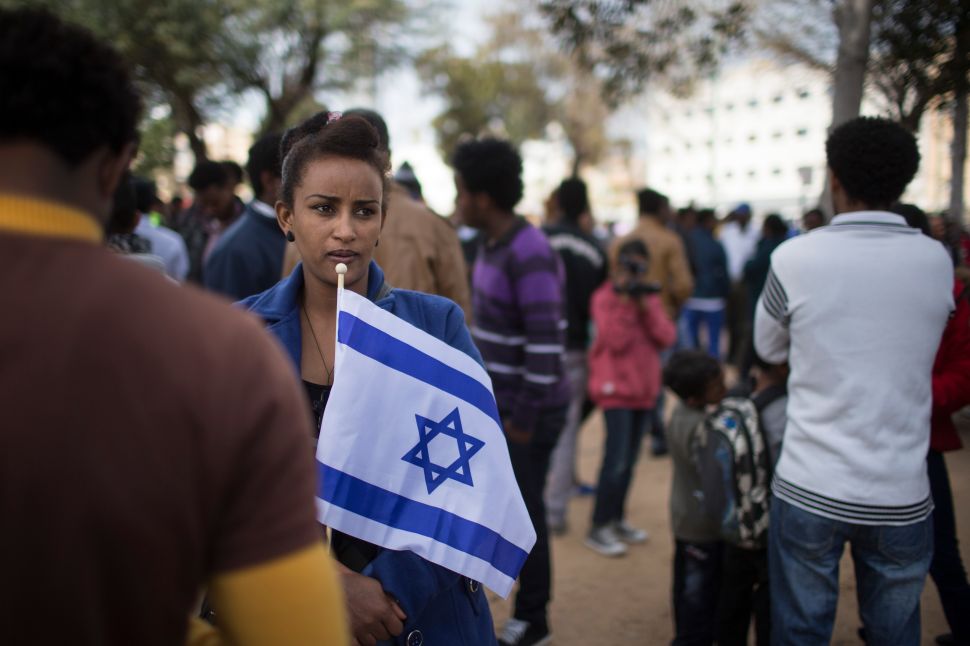