New York Methodist has begun demolishing a row of Park Slope brownstones to begin work on its $445 million expansion, despite ongoing opposition from a local neighborhood group who continue to object to the proposal despite a number of concessions, Crain’s reports.

Some men are still living with roommates at the age of 31? Apparently, this warrants a New York Times story because some people are not familiar with the economic necessity of roommates. However, as an NYU sociology professor points out, this has not, historically, been all that unusual. “There’s a long tradition of men living with something like roommates,” he told the paper. “Men used to live in boardinghouses quite commonly. You had places like the old Y.M.C.A.s. These were really significant parts of the housing stock a century ago. They have since become far less common.”

Speaking of embarrassingly young habits: Aeropostale, that teeny-bopper anchor of suburban malls everywhere, will be shuttering its Times Square location after filing for bankruptcy, according to Crain’s. And while it would seem that paying to lease 19,000 square feet of space in an exorbitantly expensive location didn’t help matters, it seems a sign that rents on the strip are unsustainable for all but the biggest and strongest corporate players.

The details of the L train shutdown remain…undecided. After holding its first public meeting on the extensive upcoming work needed on the line that is sure to roil commutes by either shutting down the line entirely for 1.5 years or extending the work over three years while providing subpar service, the MTA has said it will make a decision in the next three months or thereabouts, according to The New York Times.

Maybe everyone can bike? At least, that’s pretty much the only option right now for people who work at the Brooklyn Navy Yard, where Rudin, Boston Properties and the city broke ground on a 675,000-square-foot commercial building to be anchored by WeWork, Crain’s reports.

In California, the high price of new homes and a strange property tax quirk mean that many homeowners prefer renovations—sometimes extreme—to shopping for something new, according to The Wall Street Journal.

Finally, New York has hired its first regional planning director, Carolyn Grossman, “an urban planner so besotted with infrastructure that she got engaged inside the cavern that will become the 86th Street stop on the Second Avenue Subway,” according to PoliticoNY. 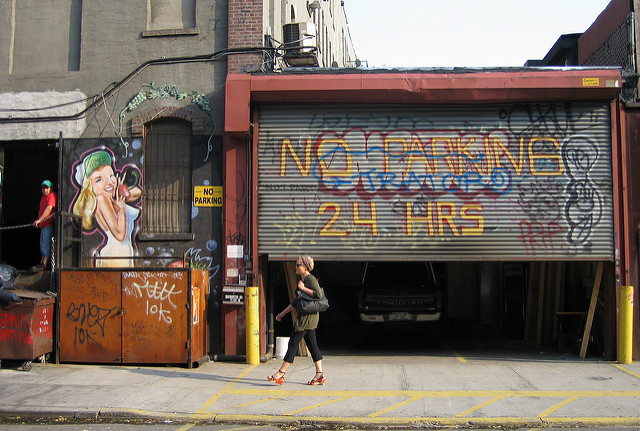