Woody Allen spoke out last night against the horror of bike lanes, which the DOT would like to paint on one-way streets on the Upper East Side—which he dismissed as “unacceptable,” and out-of-step with the community, Gothamist reports. “None of the streets can accommodate a bike lane in a graceful way,” Allen said. “Every street has a good argument why it shouldn’t have a lane.”

Speaking of speaking out: with the uproar over the skyscraper set to rise in Downtown Brooklyn, New York magazine looks back at the long people taking issue with the shadows cast by skyscrapers. As one urban planner despaired of the towers rising along Madison Avenue in the early 80s: “The great slabs do not just knife into the sun; they block it broadside, and down below, they make the existing shadows even darker.”

Meanwhile, we’re starting to feel pretty sorry for the costumed characters of Times Square—after the City Council passed a bill cordoning them off in special zones, one Bronx councilman wants to impose even greater restrictions, requiring them to wear ID tags around their necks, register with the city’s Department of Consumer Affairs, submit to background checks, and take their masks off at request, according to DNAinfo.

The city has selected three private developers to build affordable housing on NYCHA land in Brooklyn and the South Bronx, according to The New York Times.

Developer Don Peebles told DNAinfo that it was hard to say no to the Mayor Bill de Blasio when he personally called him and asked him to donate $20,000 to his non-profit Campaign for One New York: “What that call says is that it’s important to the mayor,” he told the news site. “The other thing it says is that the mayor knows that you’re helping him. If you don’t help then you’re making the mayor upset with you, so you can’t tell him no. The plus side is that if you say yes then the mayor knows you helped.”

Everyone is making a huge deal that it’s the 100th anniversary of Jane Jacobs’ birth. Why do we care so much? CityLab asks. 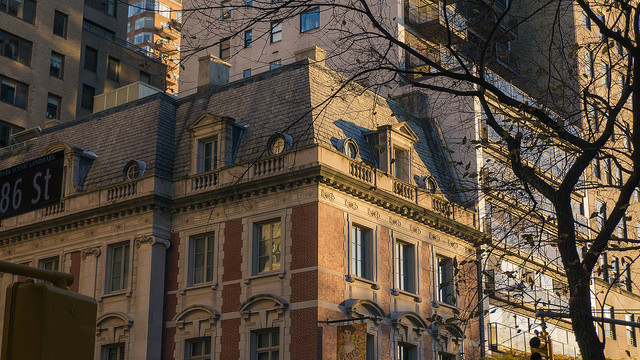