Elon Musk lands his rockets on drone ships. His company, SpaceX, uses giant autonomous barges to vertically land returning spacecraft on , one of the most cinematic engineering feats of recent years. Yet despite these robot ships’ dramatic role, few other companies are working on putting drones in the sea.

That’s according to Eduardo Morena and Shuyun Chung, mechanical engineering grad students at Stanford University, and co-founders of Orobotix, an undersea drone company. The two intend to deploy drones into the aquaculture market, which grows 35 million metric tons of food each year.

We got a look at their drone prototype yesterday at TechCrunch Disrupt in Red Hook, Brooklyn. The team showed the device and its tablet interface from their table in “Startup Alley,” while talking through its applications with interested passersby. It was one of the few companies on display with a compelling use case but without the disappointing “me too” factor of, say, a subscription service for cute socks or yet another recommendation platform.

Orobotix envisions meeting the demand for eyes underwater currently filled by divers who inspect, for example, submerged infrastructure or the nets over fish farms. In 2014, at TEDxGowanus, not far from where this year’s New York City Disrupt is taking place, Lenny Speregen and John D’Aquino of Coney Island River Rats demonstrated their equipment for making underwater visual inspections in a manned diving suit.

“Underwater robotics is years behind,” Mr. Moreno told the Observer. Have a look at their SeaDrone taking a tour of an underwater floor.

As he explained, sending humans to check out equipment underwater puts them in danger and costs more than drones would. There’s a lot of safety prep for a manned dive, but an operator can pretty much drop a drone in and get to work.

In market terms, the co-founders see the natural first business case in fish farms. Those facilities require regular inspection by divers, but if Orobotix has its way, the work can soon be done on shore, from a tablet. Eventually, artificial intelligence may also be able to help catch what human eyes miss.

While submarine robots might be a relatively new field, the Stanford team doesn’t have it entirely to themselves. A team in the Netherlands also offers underwater drones, aimed more at the citizen scientist type, OpenRov is making an open source robot submarine and the U.S. Navy has even gotten in on drone technology.

Orobotix put the SeaDrone on pre-order yesterday, starting at $2,699, with delivery estimated in six months. As units start to ship, we’ll have the first hints of how deep a market the team can net. 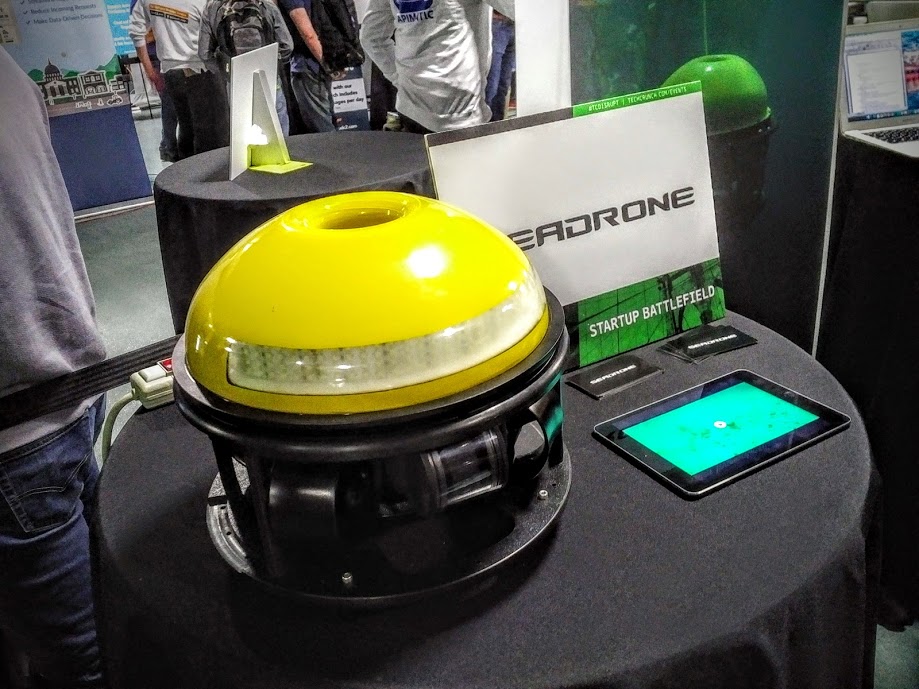