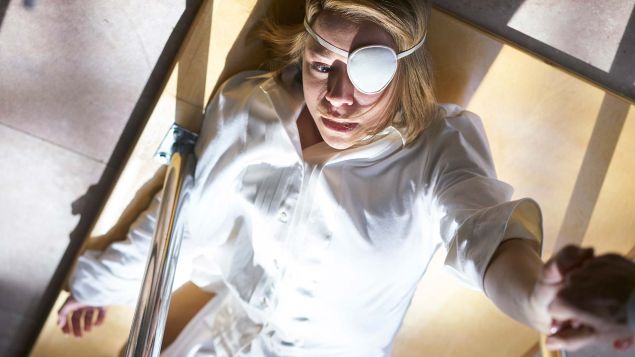 One of the delicious ironies of Orphan Black is that its main locus of criminal activity is not street hustler Felix’s loft or Cosima’s secret underground lab or even the conspiracy-ridden Dyad Institute. Nope, most of the really illegal stuff takes place at the Hendrixes’ suburban home on its tranquil, leafy cul-de-sac.

So, for example, halfway through this week’s episode, “manslaughterers” Alison and Donnie leave trained assassin Helena watching the kids (and raiding the fridge) while they go to work exhuming a dead body from the cement of their garage floor. Just another Sunday afternoon in the Hendrix household!

Ali and Donnie are digging up Doctor Leekie’s moldering corpse to see if he had one of those horrifying maggot-bots—which we can now confirm are some kind of half-machine biotech—in his deceased cheek. Alison’s logic: Well, Neolutionists seem to get these things implanted, and Leekie was the king of the Neolutionists, so he probably had one. Totally ignoring the fact that most people with these implants seem to have them against their will, what with they way they kill their host via tendrils full of dendrotoxin if you try to remove one and all.

But, long shot though it may be, finding the dead man’s face-maggot may be the best chance Sarah has here; Cosima should be able to use an intact bot to learn how to safety extract hers. And oh man how much do I love that this is a show where “Let’s rent a jackhammer to exhume the doctor we buried in our garage to see if we can find a worm in his cheek that will save my clone sister” becomes a totally reasonable and understandable plot point.

And of course Ali’s right and I’m wrong: Leekie does indeed have something in his cheek. The plan is not without its hiccups, however, and not just because somehow the Hendrixes did not anticipate that a months-old rotting corpse would smell, y’know, bad. But also because while they’re off doing their smelly, disgusting thing, some cops drop by to ask “Alison” (Helena with her hair wrapped in a towel) just how a pile of her campaign materials ended up at the scene of the murder of three Portuguese drug kingpins.

It’s basically fan service at this point, but it’s still amazing to see the way each of the clones chooses to imitate one of her sisters. Helena’s barest attempt at a Canadian accent is a riot. But when she acquits herself well remarkably well to the police—about a murder that she herself committed—by somehow knowing the names of everyone who worked on Alison’s political campaign, down to the dude who hung posters, it hints at something darker.

Alison dismisses Helena’s uncanny knowledge as spy stuff, but it actually seems like Helena has been studying up on Ali—another hint that she may be slowly going all Single White Female on her new housemate. When she tells Sarah on the phone that she doesn’t want her twins growing up the way she did, you’ve got to wonder what lengths she’d go to to give them a prosperous suburban childhood.

Meanwhile, Sarah’s off on her own parallel and only slightly less gruesome investigation into the maggot-bots. After a brief detour to bare her claws at Felix’s newfound bio-sister Adele, she tracks down Dizzy, the crusty hacker who showed her the video of the man getting his face poisoned off after trying to remove his worm. Dizzy gives her the guy’s name, Alonzo Martinez, and with Art’s help, she finds that he had recently visited from Bogotá to go to a dental clinic.

Sarah shrug-sneaks her way into the clinic, but is spied by a dental assistant who mistakes her for Beth. Turns out she was Beth’s informant inside the clinic, feeding her details about the worm surgeries. She claims to be able to help “Beth,” but once she’s got a dental tool poking at the maggot implant and liable to release its poison with the smallest twitch, she reveals that she’d actually feeding Beth false info the whole time, and now her superiors are coming for her.

Lucky for Sarah, machinations at a distance have conspired to save her from the Neos. Because Rachel Duncan (oh how we’ve missed you, you crazy cyclops) unwittingly provides her enemy’s rescue by trying to escape her own captivity.

Rachel’s adoptive mother Doctor Susan Duncan, now the apparent leader of the Neolutionists, has been keeping her trapped—along with her clone daughter Charlotte and a Castor-clone doctor named Ira—in some unknown location while she recovers from her brain injury and gets the hang of her brand-new bionic eye. Chafing at her confinement and at the judgment and coldness of a mother who faked her own death rather than raise her, she conspires with Charlotte to get the word out to Topside: Hey, you know that other Doctor Duncan, the one who was supposed to be dead this whole time? Well she’s very much still kicking, and still trying to “make a better human being,” a project that will never not sound sinister.

Topside sends its man Ferdinand to look into it, and he finds that Mrs. S has been putting out feelers for a doctor who can perform a ­very specific kind of dental surgery. Intervening, he arrives at the clinic just in time to save Sarah in his own signature manner—slitting the hygienist’s throat in a single stroke. And then dropping on her the very unwelcome news about Susan Duncan.

Lots of other foreboding stuff on the horizon: Art is developing an unhealthy obsession with the surveillance video of Beth, and is now confronting the Neolutionist-plant cop Detective Duko in the halls of the police station. Little Charlotte seems to be suffering from the same respiratory illness as Cosima, and at a very young age. And Kira has gone overnight from being a cute if spooky child to being a whiny, petulant but still spooky proto-teenager. The show has basically come right out and said that she can see the future at this point. And now she’s having weird waking visions of the other clones setting Sarah on fire. They had to, you see, “because she was changing.” Cue cold spine shivers. 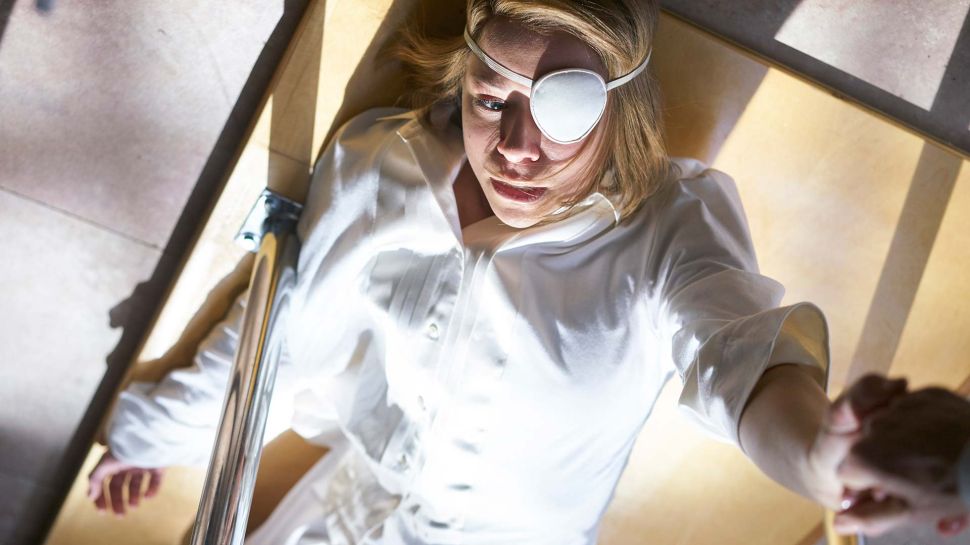