I was complaining last week that this season has been so focused on the actions of Sarah and (to some extent) Alison that the other clones have basically become minor characters—or, in the case of Cosima, office support staff.

Well, this week’s episode, “Human Raw Material” (creepy!), addresses that concern by putting Sarah in mommy mode and instead calling up some players from the back bench. So while Sarah spends the day trying to reconnect with an increasingly detached Kira and fucking up her relationship with Felix, we get a madcap caper through the halls of the Brightborn fertility clinic involving two of the unlikelier sisters: The still-very-much-dying-of-respiratory-illness Cosima and, totally out of left field, Krystal Goderitch, the dippy manicurist we’ve only seen a few times, who still has no idea she’s a clone.

Cosima’s there in her role as resident scientist. Brightborn promises to give people perfect, “enhanced” babies, but they don’t really explain to prospective clients (or the scientific community) how they go about doing that. So Cosima poses as surrogate to prospective gay dad Donnie in order to infiltrate Brightborn’s just-happens-to-be-today open house. And things…do not go as planned.

First of all, Evie Cho, head of Brightborn, is there in person to greet the guests, and since, like all high-level Neolutionists, she knows what Leda clones look like, Cosima’s got to hide. Then throw another, much more naïve woman with the same exact face into the mix, traipsing around Brightborn in her her bodycon dress and her total lack of anything like an inside voice, and things start to get really complicated.

Krystal is at Brightborn because, while she’s definitely ditzy and tacky, she’s also smart, and tough, and really, really stubborn, just like all of her sisters. (Yet another entry in Orphan Black’s complex nature/nurture debate.)

And so, ever since she nearly got abducted by Castor clones Rudy and Seth and then actually abducted by Rachel and Doctor Nealon, she’s been trying to figure out what in the hell is going on. And while she still doesn’t know she’s a clone, she’s done enough research to connect a bunch of random dots and find her way to Brightborn. Also, she’s been taking self-defense classes and has a mean groin-punch on a hair trigger.

So while Cos quietly sneaks through the Brightborn labs, Krystal bullhorns around, stealing beauty products, and just generally blowing up Cosima’s spot. To keep her busy and buy Cosima time, Donnie pretends to be a massage therapist and gives her an inept rubdown.

Of course, Krystal’s not really the secret-keeping type (that part must be nurture), so she immediately starts opening up about what she thinks is going on. She thinks Brightborn is illegally using stem cells in cosmetics, and that she is being targeted because she is a whistleblower. She may have even been killed, she says, if that French doctor hadn’t saved her—and Donnie, knowing that Cosima is literally dying to see Delphine again, can’t stop from asking if that’s who she means. Krystal, already on high alert for suspicious behavior, promptly beats the shit out of Donnie and runs off.

Meanwhile, Evie Cho has also seen Krystal roaming around and reports to Susan Duncan that she saw Sarah at Brightborn. Oh yeah, because after being mysterious and elusive and presumed dead for so long, now suddenly Susan is just randomly hanging out at Brightborn, easy as pie.

So, for the record, all of the cloak and dagger of last week’s episode, all in service of trying to find Susan Duncan so that she could get the maggot worm out of Sarah’s face? The computer hacking and the making of deals with their enemies and the defusing of multiple pressure-plate bombs? All of that got Sarah exactly 0.00% closer to finding Susan. But her sisters, just bumbling along in their lives—remember, Alison was just having coffee with Sarah Stubbs when Trina Magnetfingers randomly mistook her for Beth to yell at her about fertility clinics—somehow managed to run right into Susan.

Susan goes to intercept “Sarah,” but instead of Krystal she finds Cosima and cat-and-mouses her for a bit about Brightborn’s “enhancements” and whether they are engaging in illegal DNA editing. (Of course they are.) Cosima, not realizing she’s talking to her creator, mostly just takes the opportunity to swipe Susan’s keycard to infiltrate the center’s off-limits upper floors.

There she finds a kind of baby farm, where poor women are paid big bucks to live in a crappy dorm and serve as surrogates for genetically altered baby trial and error experiments. Cos, disguised as a nurse, gets to see one of the “errors” firsthand. The baby, so far from the dimpled perfection of Brightborn’s promotional materials, is born horribly disfigured.

Meanwhile, Evie convinces Susan that it might be a bit reckless to let Cosima just wander around. After all, she says “Have we forgotten what happened the last time a perceptive clone came poking around…? It did not end well.” She’s referring to Beth—something to do with why she came home that time with bloody hands?

Setting out to find Cosima, of course they find Krystal instead and escort her out of the facility over her shouts and threats to sue. It’s Susan who finds Cosima, and lays it out for her in fairly simple terms: The awful stuff you see going on here, the face worms and the baby farms, they’re what Neolution has had to rely on instead of the simple beauty of the clone project, because they no longer have the original DNA. If they bring Kendall to Neolution, then they can cure Cosima. And maybe even get that nasty thing out of Sarah’s cheek.

And even though Neolution is the enemy, it’s hard to find a hole in what Susan’s saying here. Cosima is going to die. They don’t have the resources, there in their secret lab beneath a comic shop, to cure her. Neolution has the resources—all they need is Kendall.

Sarah spends most of the episode somehow totally ignoring her face-maggot, instead trying to bond with Kira. In part because she has been growing more and more distant since leaving their Icelandic paradise, but also because Cosima has told her about Kira’s weird dream and she wants to pump her for more details. Turns out Kira is intuitively connected to all of her mother’s clone sisters—including the ones they haven’t even met yet.

But their fun day is put on hold so that Sarah can make an ass of herself by accusing Felix’s new bio-sister Adele of being a Neolutionist plant. Brightborn and the company that Adele and Felix connected with are part of the same genetics conglomerate, setting off Sarah’s alarm bells. She hauls Kira over to Felix’s to invite him to dinner, and swipes samples of their DNA and sends them over to a stir-crazy Scott for genetic testing.

Felix brings Adele along for dinner, which is completely out of bounds, even if Sarah is being an ass—it’s supposed to be a secret safe house, after all. So Sarah goes completely ballistic, tells everyone about the DNA test, and is then forced to mumble an apology and slink away when Scott calls with the results: Adele is in fact Felix’s blood sister. “Welcome to the family,” Mrs. S says, like it’s an apology, and pours her another glass of wine.

Also, Detective Duko, the cop who is a Neolutionist spy, drops by Art’s desk to tell him that a woman named Alison Hendrix is now a primary suspect in the Portuguese drug dealer triple homicide. Seems some sweet housewife who looks a lot like Beth has been moving pharmaceuticals out of her soap store. Art, having been to the soap store, is understandably freaked out.

(She’s barely in the episode, but Ali does get the best line of the evening: Cosima asks her how she would do inside Brightborn, and she says, “I don’t know, Sarah things. Skulk around. Look miserable. Con people.”)

And finally, it turns out Susan Duncan is sleeping with clone boy Ira, which is either creepily incestuous or creepily Pygmalion-esque, depending on how you look at it. Whatever it is, it is extremely Orphan Black, that’s for sure. 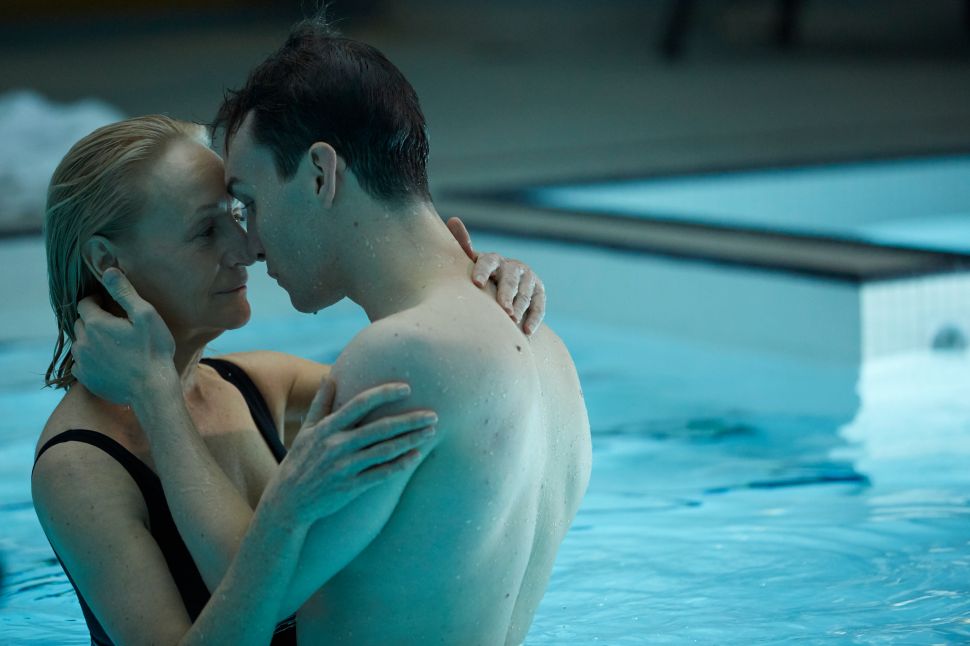