Assemblyman Declan O’Scanlon is facing blowback for claiming that women’s healthcare has not been affected by an ongoing $7.5 million cut in the state budget

The feud between two Assembly members from opposite sides of the aisle continued Tuesday as Eliana Pintor Marin (D-29) fired off a letter to Declan O’Scanlon (R-13) criticizing the Monmouth Republican for his claims about the state of women’s healthcare in New Jersey. Women’s health has been a politicized topic in New Jersey ever since Governor Chris Christie dropped nearly $7.5 million in funding for women’s healthcare from the state budget in 2011.

Lawmakers like Pintor Marin and Senate Majority Leader Loretta Weinberg (D-37) have argued for restoring that line item every year since. Those funds paid for testing for sexually transmitted diseases, cancer screenings and birth control, but not abortion. The Office of Legislative Services reported this year that family planning clinics like Planned Parenthood have seen 37,000 fewer patients since that 2011 cut. O’Scanlon, the Republican Budget Officer, called the effort to restore the funding political rather than practical before the Assembly Budget Committee last month. Those remarks lead to a series of attack ads on social media from the Planned Parenthood Action Fund of New Jersey.

“If there are any women who have trouble accessing care, please call my office,” O’Scanlon said.

“It is stunning to me how some Democrats can convince themselves into believing there is zero funding for women’s healthcare in New Jersey’s budget. Nothing could be further from the truth,” he continued. “I count at least seven line items where we put money to women’s healthcare, including $135 million for family health services to provide prenatal and perinatal care for expectant mothers and their children.”

Pintor Marin wrote in her letter this week that the availability of women’s healthcare services has in fact declined, and criticized O’Scanlon for his remarks in committee.

“In your remarks before the Budget Committee, you stated that no women have contacted your office or appeared before the dais to testify regarding their inability to access care. In the past, you have also asked for a list of names of women who struggle to find access to care. As you are doubtless aware, federal law (HIPAA) would make the disclosure of such a list by medical providers illegal, and it would be deeply unethical for I or any other representative to disclose the names of constituents who have requested assistance in accessing health services of any kind.

“I find it inexplicable that you would demand women to reveal confidential medical information before acknowledging their struggle to find adequate care. I confess that I am unable to think of parallel examples in which a list of names was a legitimate prerequisite to addressing a policy issue. Surely, as advocates for our constituents, it is our duty to educate ourselves on their issues, rather than vice versa.” 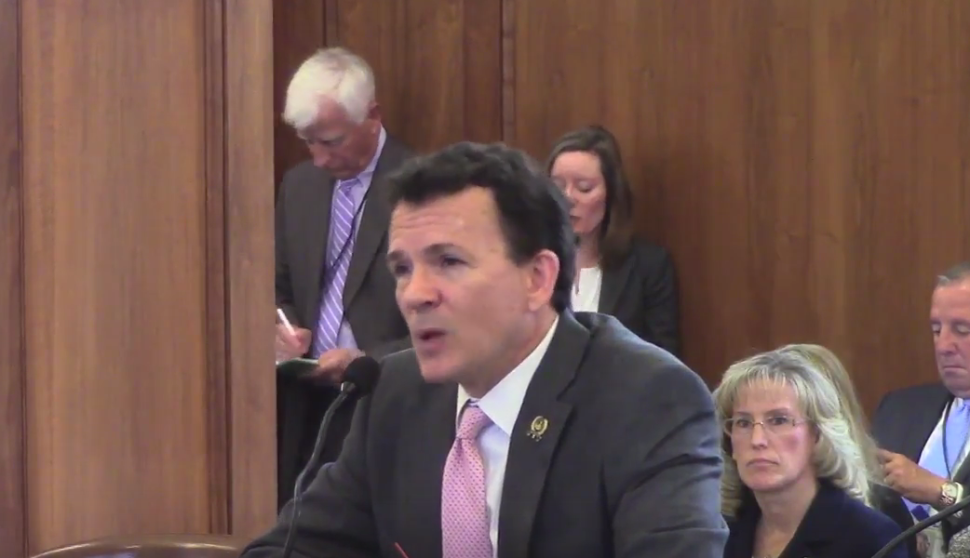