On Monday, Veteran Affairs Secretary Robert McDonald compared the outrageous wait times that our veterans must wait for military care to the wait times at a Disney amusement park.

The reaction was instant and intense, with critics of the mismanagement-plagued agency pouncing and Sen. Roy Blunt calling for Mr. McDonald’s resignation, just two years after his predecessor was forced out over the agency’s incompetence.

Those are strong words, but Mr. McDonald’s comparison was so repugnant and disrespectful that it actually defies description.

The VA hospitals and clinics have been under scrutiny since 2014, when it was alleged that up to 40 patients may have died while waiting for appointments.

According to the Government Accountability Office, a recent audit found that those doing the scheduling grossly underestimated wait times, and it criticized the VA for taking a “piecemeal approach” to addressing wait time issues.

As sickening as Mr. McDonald’s comments were—and he apologized for them yesterday—there is a much bigger question that should be the focus here: For close to two years, this was supposed to be a priority for this administration, yet it is still an ongoing problem, with no remedy in sight.

In the early 1990s, crime in New York City was at an all time high, and violence in the city’s jail was the worst in the nation.

In 1991 the United States federal courts intervened in the management of a New York City jail system and that resulted in a federal consent decree to ensure inmates were processed within a certain time span, ordering the department to find a bed for every new inmate admission within his/her first 24 hours after arraignment, or that inmate would receive $125 in their commissary account, and a staff member would be held accountable for their failure to get that inmate into a bed.

From 1995 to 2000, that consent decree was vacated through compliance, ensuring that a physician saw the inmates within a prescribed time period. We were averaging 133,000 inmate admissions per year.

Today, a veteran has to wait 30 days or more to see a specialist and no one is held accountable or sees a problem with that—most importantly the secretary of Veterans Affairs.

In addition to the secretary’s inappropriate comments about Disney, it appears that there is an outrageous inability to manage, understand the concepts of management and accountability, and how important it is to create performance indicators that measure your success and failures in order to meet the goals and objectives that will ultimately allow you to meet your agency’s mission.

I can assure you that wait times at Disney, Home Depot and other major private sector businesses are important performance measures, as were New York City’s crime data in the streets and violence in the city’s jails. These performance measures were captured daily, as the city jail’s wait times for lawyers or doctors to see inmates.

Those performance indicators gave us the ability to hold managers accountable for their successes and failures. That’s one of the most basic principals of management, and yet it appears that the Secretary of Veteran’s Affairs still doesn’t get it.

The VA has failed dramatically over the past two years to implement an internal performance-measured accountability system that would take care of our veterans—perhaps one of the most important jobs our government could have.

This is exactly why the secretary should step aside and be replaced. Seven and a half years into the Obama Administration, it is well past time to put someone in command of the VA who understands management accountability, cares about our veterans, and is going to do the job that must be done.

Our veterans deserve nothing less. 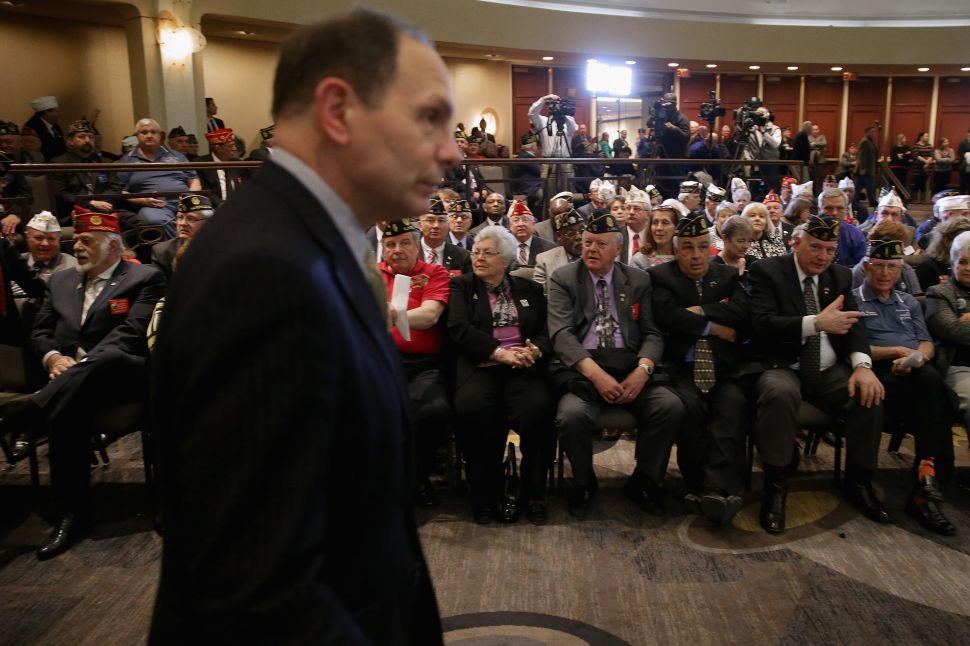