Every time I write a piece about Gawker—and I’ve written a few—I pause before I hit publish. Once I take a second to check what skeletons are in my closet, that my personal life is in order and that my facts and figures are straight, I ask myself one last time: Am I sure I really want to do this? If there’s time, I say a quick prayer too.

This is what one does when they decide to cross a powerful person or entity, especially if they’ve been attacked before. As someone who has felt the vindictive wrath of Gawker—had my emails hacked and leaked, been called a “known fraud” in a Valleywag headline—I can tell you it’s not an easy decision to call out someone whose resources are inversely proportional to their scruples.

Usually, I proceed, but I do it fully aware of what I might be in for.

What is even more interesting to me—and something that seems to get lost every time the Gawker hydra rears up from its new Lernaean lair in the Flatiron District—is that this same calculus is necessary regardless of who you choose to speak out or go up against: You gotta be sure you’re ready for what might happen because actions have consequences.

Although most people I talk to file this little piece of wisdom under “common sense” and consider it a fundamental fact of life, the folks at Gawker never seem to have considered it. Like your typical bully, they got very used to other people being afraid of their power but never bothered to respect the power and influence of anyone else. Which is why they’ve come to find themselves staring down the barrel of a $140 million court judgment they can’t pay and millions more spent on legal fees.

Gawker pissed off the wrong guy.

After needlessly outing and maliciously antagonizing the billionaire Peter Thiel in 2007, Gawker made an enemy whose patience and dedication to responding tit for tat rivals the Count of Monte Cristo. Mr. Thiel made it his mission not to get mad or get even—but to drive Gawker out of business by funding lawsuits on behalf of victims who had had their privacy even more egregiously violated than his. He calls it one of the most “philanthropic” things he’s ever done. And I wouldn’t disagree. What better way to give back to the body politic than fight to remove a pernicious cultural cancer?

And now he’s won. Not just won but won on such a Greek scale that the only thing missing is a Thyestean Feast where Gawker writers are fed the flesh of their own family. (I would love to see Mr. Thiel do his version of a much deserved Cartman impression here.) But instead of appreciating the poetry of this comeuppance, the same media pundits who decried Gawker’s cruel publication of the surreptitiously recorded Hulk Hogan sex tape, the people who have criticized Gawker’s awful outings of other gay figures and its unending snark and avarice are suddenly pulling back.

It’s alarming that a billionaire would attack a media outlet like this, they say. Using the legal system to settle scores will have a chilling effect on all free speech.

First, everything that Mr. Thiel did was legal. Nonprofits and philanthropists sponsor lawsuits all the time. It’s a common and ethical way for victims to get justice, especially against deep-pocketed corporations or big institutions. Besides, it was a jury and judge (and Gawker’s testimony) that made the ultimate decision. Mr. Thiel’s funding just put it in front of them.

In the real world, every decision one makes has consequences. This is true for businesses and for people. Just because someone pursues journalism as a profession or works behind a computer screen does not suddenly exempt them from the unalterable fact of life that every action has an equal reaction.

It has become common for writers of the Gawker generation to pretend that something said over the internet is somehow different from something said to someone’s face. That your snarky expose or needlessly vicious takedown or gleeful reveal of private secrets is a fun game. As I’ve detailed before, a client of mine once challenged former Gawker editor A.J. Daulerio on a ridiculously inaccurate and unfair post he’d written. Mr. Daulerio’s response, “It’s all professional wrestling.”

Except it’s not. Justine Sacco lost her job because of Sam Biddle’s article. A potential rape victim and her family must have felt incredible pain as they pleaded against the posting of a video of her alleged attack on the site. People have contemplated suicide over Gawker articles. I know—I’ve met them. I watched my own career flash before my eyes when Gawker published my emails. “Well, that’s it for me,” I thought. “Twenty-one years old and I’ve already blown it.”

Questioned in the Hulk Hogan case, Mr. Daulerio said it wasn’t his job to consider the feelings of the people he wrote about. I don’t disagree that that was his understanding of the job. Gawker and its founding employees created a culture where empathy was a weakness and aggressive bullying and antagonism meant page views (and page-view bonuses).

In the last Gilded Age and eras past, articles like the ones Gawker traffics in would not have been met with lawsuits but with pistols and 10 paces at dawn. Ambrose Bierce, an acerbic satirist and unmerciful critic, was challenged to duels many times and challenged some of his own critics. I’m glad we don’t live in that world. I’m glad we don’t live in a society where violence is the first answer. I’m also glad that America’s legal system is not as constraining as the U.K.’s—where libel suits abound (fun fact: Winston Churchill made good money throughout his life winning libel suits). But as progressive as we’ve become, as detached and digital as our lives have become, there is still a line, and crossing it is something one does at their own risk. Even if we’re not settling scores the way they do on the streets of Baltimore, Omar’s lesson stands: “You come at the king, you best not miss.”

Gawker, especially Valleywag, made a habit hurting people for entertainment (for themselves and the audience). Though one of Gawker’s former editors alleges that Nick Denton loved the fear the site struck across Silicon Valley, I think it was much less thought out than that. Stuck in their bubble, high on their own smug superiority and deluded by the idea that their words had no real impact, Gawker writers just got used to saying things without thinking. Run it by the lawyers, first? Who has the time?

That’s what happened when Gawker met Peter Thiel. He laid in wait until Gawker met someone else who wasn’t going to take it: Hulk Hogan. Whatever the motivation, their decision to fight back was a courageous one. I know one person who was approached by Mr. Thiel’s lawyers with a case the lawyers claimed was even stronger than Mr. Hogan’s, but ultimately this person decided not to pursue it. Not out of weakness but a feeling that it wasn’t worth the effort or the energy and that it wasn’t worth the risk either. That’s a reasonable choice. But Hulk Hogan did proceed. As a result, his name was dragged through the mud again (Gawker even allegedly leaked racist comments from the tape simply to deter him) and his career left in shambles. He could have settled. He could have quit.

And so far he’s prevailed. Good for him and good for Mr. Thiel.

I’m not one to celebrate revenge (“The best revenge,” Marcus Aurelius put it, “is to not be like that”), nor do I feel any joy in seeing a company that employs hundreds of people driven to the brink of insolvency. But I do appreciate what has happened here and find it funny to think about Peter Thiel quoting Gladiator: “I will have my vengeance, in this life or the next.” Though I’m sure Mr. Thiel is far more sober and sanguine about these things than we might guess.

I don’t think there will be any chilling effect except for the kind that should exist in media as it always has in life: Know who you’re dealing with. Don’t write checks your ass can’t cash. If you come at someone, you better not miss.

Hopefully Gawker Media won’t disappear from this earth (or at least not their better sites like Lifehacker), but it’s time they learned a lesson they should have learned a long time ago. 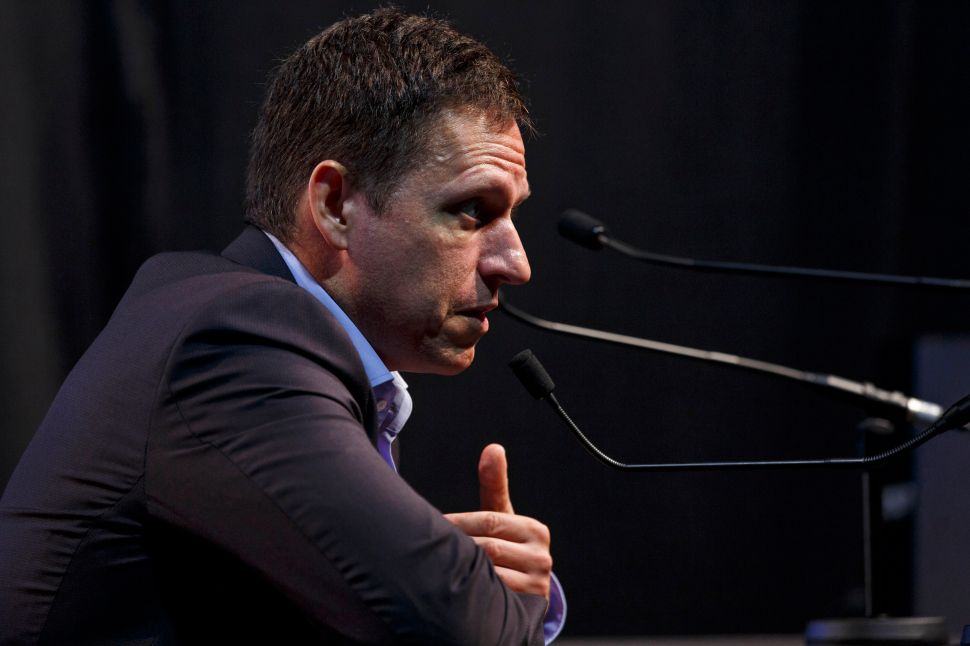