Rep. Barbara Lee remains infamous on Capitol Hill as the only member of Congress who voted against the 2001 authorization of use of force against the Al Qaeda terrorists who committed the September 11 attacks against America.

Ms. Lee, who has long advocated for far-left and isolationist policies, and was a steady advocate for the Iran nuclear deal, is the perfect partner for the pro-Tehran lobby’s next agenda item as they attempt to reshape America’s diplomatic landscape by rallying against visa restrictions for individuals coming into the United States from the Islamic Republic of Iran.

She is set to address a K Street fundraiser on June 8 hosted by the National Iranian-American Council (NIAC), a group with deep ties to the regime that rules over Iran. Ms. Lee is one of just 19 legislators who voted against increasing security measures for foreign nationals from terror-tied countries attempting to enter the United States.

NIAC, claiming to be the voice of the Iranian-American community, is led by Trita Parsi, a Swedish-Iranian who maintains close ties with regime figures like Iranian Foreign Minister Mohammad Javad Zarif. Internal documents detailing Mr. Parsi’s relationship with Mr. Zarif were disclosed as a result of a failed defamation lawsuit against an investigative journalist, who alleged NIAC promoted the Iranian regime’s agenda.

NIAC came to fruition at the turn of the 21st century, after Mr. Parsi and a close friend gave a presentation in Cyprus concerning the need for a pro-Tehran lobby in the United States. This lobby would “create a balance between the competing Middle Eastern lobbies,” they proposed. Reports from the meeting suggest they explicitly referred to a lobby that would aggressively attempt to derail America’s alliance with Israel, so the Shiite theocracy in Iran could infiltrate American diplomatic circles.

Mr. Parsi’s NIAC—along with the White House and its reported “echo chamber” of like-minded journalists—was a major player in rallying support for the Iran nuclear deal. They often resorted to Alinskyite tactics—targeting individuals and groups that opposed the deal—and branded their opponents as blood-thirsty zealots calling for a full-scale war against Iran. Though the American people rejected the nuclear deal, according to polls, the Iran lobby and the White House were able to push the “war or peace” binary in the halls of Congress.

NIAC, in its campaign to bring Iran into the fold, took advocacy for the deal a step further, accusing skeptics of loyalty to a foreign nation or a foreign leader. Last year, NIAC took out a full page ad in The New York Times, positioning skeptics and objectors to the deal as being more loyal to Israeli Prime Minister Benjamin Netanyahu than to President Obama.

Following the Iran deal and its de facto approval through Congress, Mr. Parsi declared victory over AIPAC (America-Israel Public Affairs Council—the country’s premier pro-Israel organization, which lobbied against the nuke deal). Mr. Parsi once again played the disloyalty card, a long-used tactic against the Jewish people and supporters of Israel.

“The defeat and humiliation of AIPAC is now undeniable. They chose war over peace, Netanyahu over Obama and bullying over reason,” Mr. Parsi said in a Facebook post last September.

Now, the pro-Tehran regime lobby has found a new cause: advocating against a visa waiver law which was devised to increase homeland security measures.

The national security bill, which implemented the restrictions, officially known as the Terrorist Travel Prevention Act of 2015, passed in the House with an overwhelming bipartisan vote of 407 to 19.

The new law tightens the already-established U.S. Visa Waiver Program (VWP) to prohibit some Iranian, Syrian, Sudanese and Iraqi nationals from entering the United States, recognizing that the citizens of these nations come from war-torn states and live under the control of anti-American Caliphatist regimes and Islamic insurgencies.

The Iranian regime fiercely opposes the measure. Tehran has accused AIPAC and other “Zionist” entities of being behind the measure.

Though the bill received almost unanimous support through the public at large and in the halls of Congress, NIAC has implemented the same strategy it used in garnering support for the Iran deal.

NIAC has described the bill as “racist” and “discriminatory,” and has called upon Congress and the President to revoke the national security legislation.

They have achieved some success thus far.

Members of Congress have alleged that the Obama Administration—which remains close with NIAC (and employs a NIAC alumni, Sahar Nowrouzzadeh, as the National Security Council’s Director for Iran)—is carving loopholes into the waiver restrictions, specifically for Iranian nationals.

The Iran lobby and its allies seek to dismantle the recently installed national security protections, and they have proven a willingness to go to the lowest of depths to advance their agenda.

Jordan Schachtel is a Fellow with the Haym Salomon Center. He has a Master’s Degree in Statecraft and National Security Affairs from the Institute of World Politics. 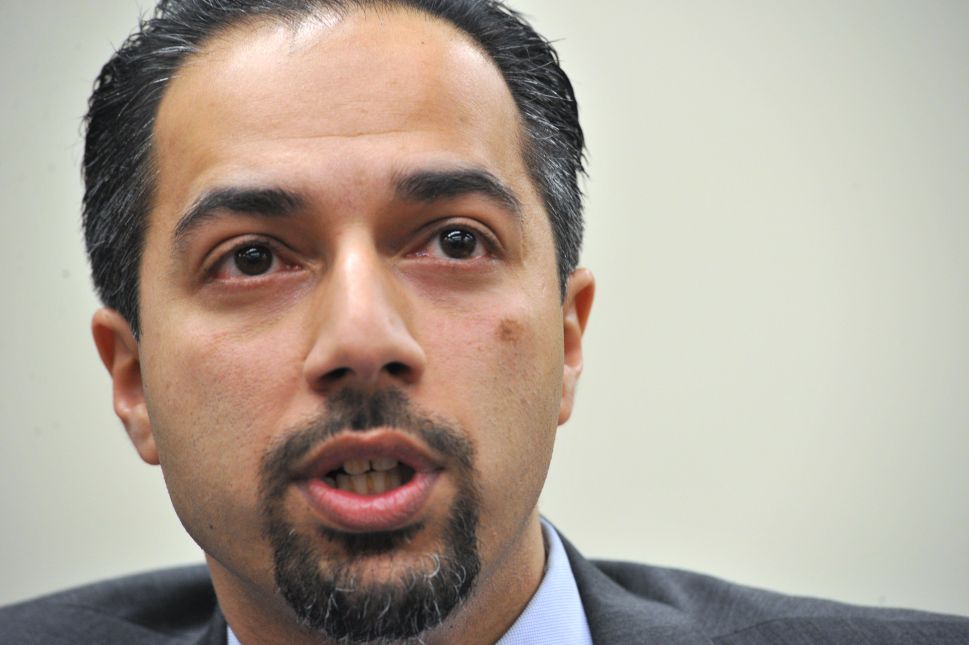