TRENTON — Senate Democrats announced a bill to raise New Jersey’s Earned Income Tax Credit by ten percent Tuesday, predicting that the move would cost the state $120 million but generate $180 million worth of increased economic activity. The bill from Senator Shirley Turner (D-15) bill is the latest development in the legislature’s amorphous definition of “tax fairness,” the phrase that Governor Chris Christie lit on to describe the compromises he is willing to make to raise the state’s gas tax in an attempt to fund the ailing Transportation Trust Fund.

That discussion has revolved around a trade-off of a gas tax hike for cuts to the state’s estate tax, a longtime target of state Republicans. The most important bargaining chip will be a bill form Senator Paul Sarlo (D-36), which would phase out the tax over five years. Sweeney said Monday that his support for Turner’s bill is part of the evolving conversation on what “tax fairness” should look like, and not an additional demand in the negotiations over how to fund the TTF.

“We’re not going to have a conversation about anything unless this is part of it,” Sweeney said when asked about the ongoing negotiations over the Trust Fund, which pays for $3 billion worth of repairs and maintenance to roads and bridges every year.  “I think this is a critical piece that was missing.”

“It’s no secret that the working poor and middle income families have been losing ground economically over the last 15 years,” he continued. “That’s why any discussion of ‘tax fairness’ has to begin with a commitment to raise the Earned Income Tax Credit for the hundreds of thousands of people who struggle to put food on the table, pay their utility bills, support their children and maintain a home for their families even with full-time jobs.”

Turner maintained that offering spending money to the working poor would outweigh the cost to the state when ramping uptake EITC from its current 30 percent of the federal level to 40 percent. Asked whether funding the increase would turn a hard-won gas tax increase into a wash, she proposed making up the difference with cuts to private-sector tax subsidies.

“My bill would put $225 a year more into the pockets of over 525,000 hard-working New Jersey families and individuals who struggle to make ends meet,” said Senator Turner. “Working families put their income right back into the local economy, buying washing machines, fixing their cars, paying back utility bills and paying other family expenses.

“Why not reduce the amount of tax subsidies to businesses in the state? We’ve spent already over $6 billion in tax subsidies for businesses. How effective has that been? Instead of using ‘Trickle Down,’ let’s try ‘Trickle Up’ and put the money into the pockets of the people who need it most, who will spend it, and the rest of the economy will benefit from it.”

The announcement also also marked a brief pause from the rancor between Sweeney and Assembly Speaker Vince Prieto, who have reached a bitter stalemate on their respective versions of a plan to have the state take over Atlantic City. Though Sweeney said their had been no movement in the negotiations over keeping the beleaguered gaming capital from defaulting on its debts Tuesday, he praised Prieto for his sponsorship of the EITC increase in the lower house.

“This is one of the areas we absolutely agree on,” Sweeney said.

Prieto quickly returned the favor in a statement.

“I’m pleased to see the Senate come out in support of my bill to provide increased tax relief to working families,” Prieto wrote. “I’ve said all along this progressive bill represents real tax fairness and should be a centerpiece of our effort to combat poverty. The Assembly passed this bill in March, so hopefully we can now get this bill to the governor’s desk sooner rather than later.” 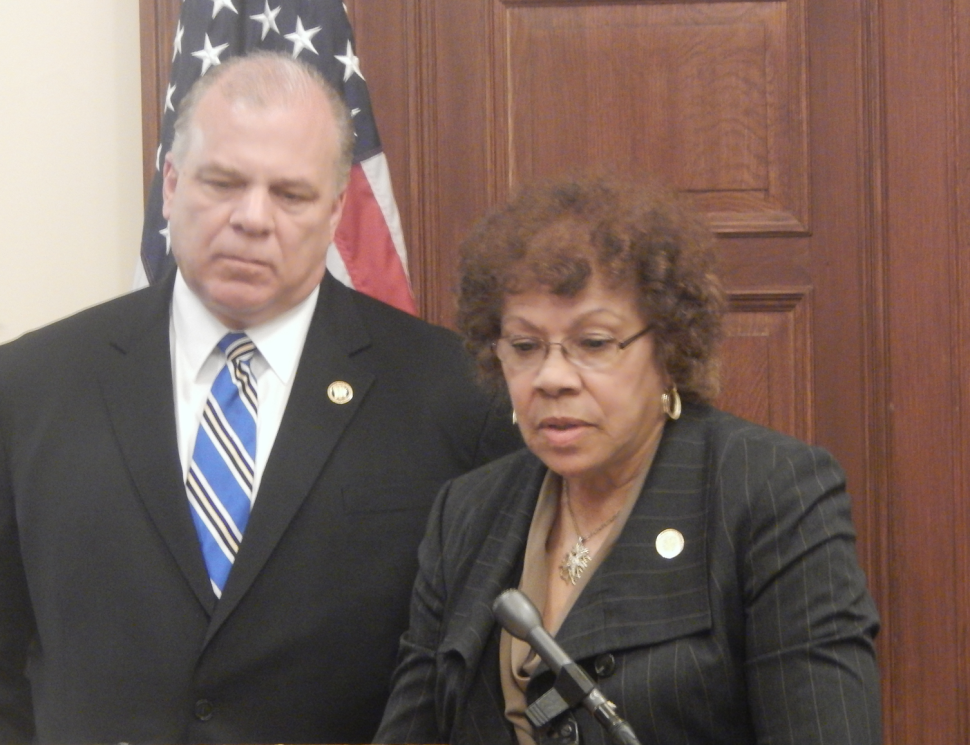