It’s Wednesday morning, and in New Jersey and, according to a new poll, residents are not looking favorably upon the possibility of Gov. Chris Christie seeking higher political office. Meanwhile, a former governor is continuing to voice her opposition to Donald Trump’s candidacy.

Quote of the Day: “Trump claims he can turn New Jersey competitive in November. These results suggest he probably needs to look elsewhere for a running mate if he wants to make that a reality,” said Patrick Murray, director of the Monmouth University Polling Institute, on state voter resistance to a possible Chris Christie vice presidential run.

Norcross and Law Square Off in CD1 Debate
The race for congress in New Jersey’s first congressional district will hinge on a young newcomer’s chances against U.S. Representative Donald Norcross in the Democratic primary next Tuesday. Former IBM consultant Alex Law, who reached the minimum age to serve in congress while his campaign was already underway, didn’t mince words at a Tuesday debate hosted by the Chamber of Commerce.
JT Aregood, PolitickerNJ Read more

Sumter to Speak at Emerge NJ Commencement
Amidst musings that she may be considering a 2017 Democratic gubernatorial run, Assemblywoman Shavonda Sumter (D-35) has been announced as the Emerge New Jersey’s 2016 Commencement Speaker. Sumter will speak during the June 11 event at BlueWave NJ President Marcia Marley’s home in Montclair.
Alyana Alfaro, PolitickerNJ Read more

A Chronicle of the Morris County GOP Freeholder Primary
Morris County has long been one of the most strongly Republican counties in New Jersey. But, the unity behind one party doesn’t mean that the primaries in Morris go smoothly. More often than not, the primaries are rife with struggle as two or more differing groups of Republicans battle to become the GOP nominees.
Alyana Alfaro, PolitickerNJ Read more

For Veteran Caputo: 1960 and 2008 Stand out as Memorable Prez Elections in NJ
Veteran Assemblyman Ralph Caputo cites two presidential elections when asked by PolitickerNJ which stand out in his memory.
Max Pizarro, PolitickerNJ Read more

A Deep Dive Into the Bloomfield Mayoral Race
The Bloomfield mayoral race has been rife with drama. Now, there is just one week left until voters make their way to the polls to decide if incumbent Mayor Michael Venezia gets to keep his seat or if challenger Councilman Joe Lopez will have an advantage in becoming the new mayor of Bloomfield headed into the November general election.
Alyana Alfaro, PolitickerNJ Read more

Parole Board pick poses new hurdle for Sweeney
Senate President Stephen Sweeney took to the Senate floor in 2011 to do something leaders of his rank rarely do in Trenton: He apologized.
Charles Stile, The Record Read more

Opinion: Degnan’s terminal
New Jersey commuters passing through the Port Authority Bus Terminal have a champion: John Degnan. The Port Authority chairman has become a powerful and effective ally for the most ignored commuter in the metropolitan region. Last week, Degnan restated his unabashed support for a new bus terminal in midtown Manhattan.
The Record Read more

EDITORIAL: Governor should stop raiding open-space funds
Gov. Chris Christie’s poison veto pen was back in action last week when he blocked a bill that would lay out spending plans for about $100 million to be directed toward open space from corporate business taxes.
Asbury Park Press Read more 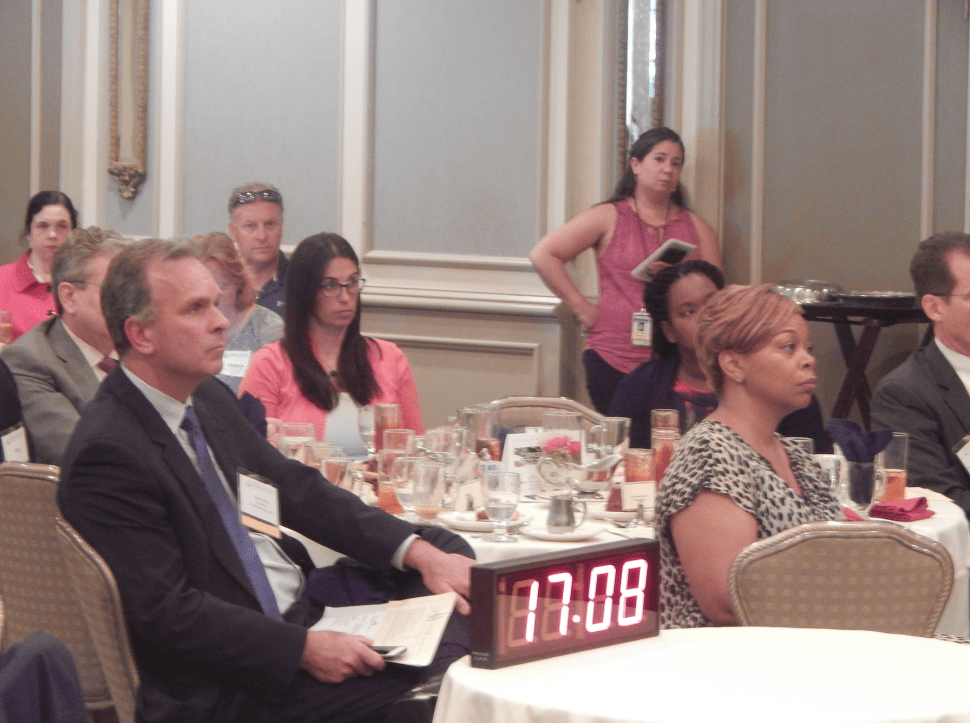