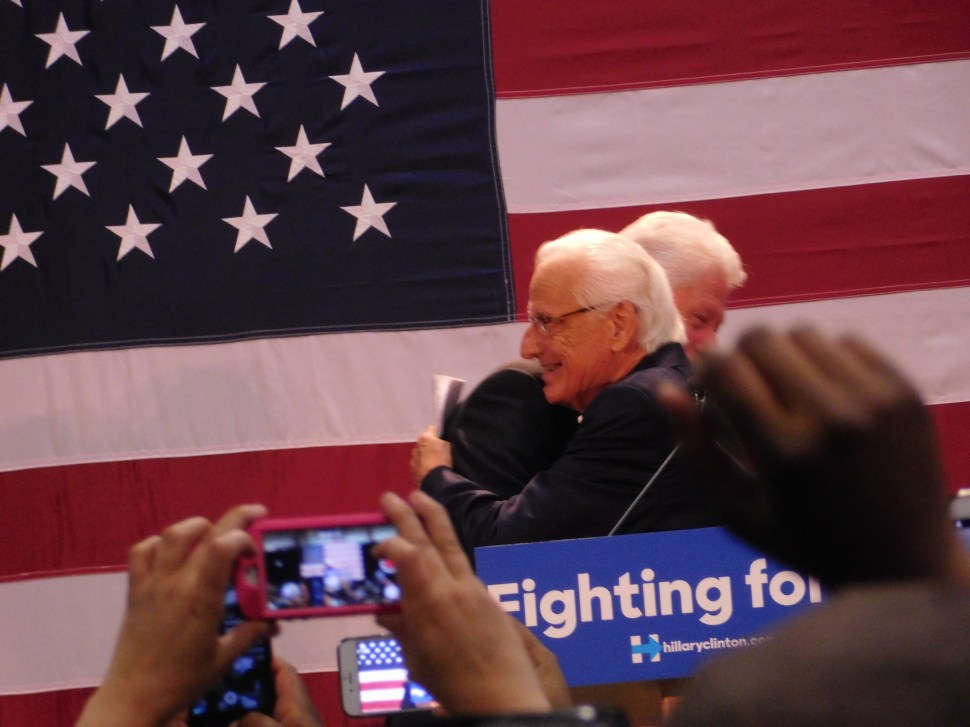 Pascrell greets Clinton with a hug after introducing the former president.

It’s Monday, time to look at last week’s winners and losers in state politics and the ongoing controversy over an Ocean County Republican’s nomination to a lucrative patronage post.

Quote of the Day: “I even got three notes from the grandmother of your student body president. And I have to say, that really sealed the deal,” _ President Barack Obama, on why he chose to speak at Rutgers University

Garden State Equality Founder Blasts Ocean Freeholder’s Anti-Gay Record
One man’s shot at a patronage position could be in jeopardy because of a scandal from years ago. Ocean County freeholder Jack Kelly was at the center of the controversy when the board denied a dying lesbian police lieutenant the right to pass her county pension on to her partner in 2005, and Garden State Equality founder Steven Goldstein is calling on the Senate to remember Kelly’s anti-gay voting record when he goes up for confirmation as a member of the State Parole Board later this year.
JT Aregood, PolitickerNJ Read more

Post Game Abdelaziz
Now that the long campaign for City Council is over, I would like to take a moment to reflect on what this campaign meant to me personally and as a candidate and to thank the voters for their participation.
Al Abdelaziz, PolitickerNJ Read more

President Clinton Stumps for Hillary in NJ
Former President Bill Clinton took the stage at Passaic County Community College on Friday to ask New Jersey voters to turn out and vote for his wife former Secretary of State Hillary Clinton as she pursues the presidency. While New Jersey is usually an afterthought in the presidential election process because of the June primary date, this year the competition Clinton has faced from Vermont Senator Bernie Sanders has pushed New Jersey into an unusual state of relevance.
Alyana Alfaro, PolitickerNJ Read more

Stop the clock, attorney argues in Bridgegate names case
With a Tuesday deadline fast approaching, the unnamed “John Doe” who seeks to keep the names of others who have been tied to the Bridgegate political scandal from being publicly identified asked a federal appeals court Saturday night to stop the clock.
Ted Sherman, NJ.com Read more

Atlantic City takeover fight no boon to Sweeney
Senate President Stephen Sweeney’s demand that Atlantic City officials surrender power to the state would hardly seem to be an ideal posture for a top Democratic candidate planning to run for governor next year.
Charles Stile, The Record Read more

Who will blink first in Atlantic City budget crisis?
With Atlantic City on the edge of fiscal disaster, the Democrats are feuding with one another, the Republican governor is saying “my way or the bankruptcy way,” and the Republican mayor is calling out almost everyone.
Joel L. Naroff, Inquirer Read more 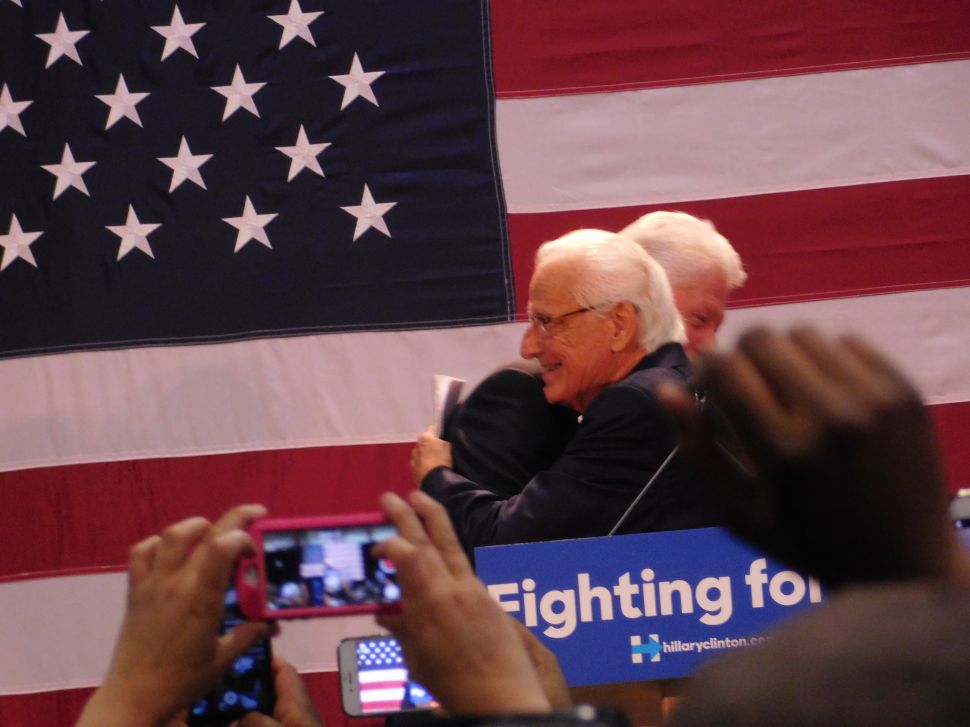