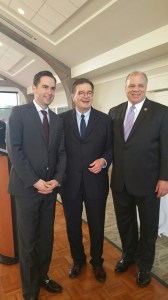 It’s Tuesday, and the 2017 governor’s race is officially underway. Meanwhile, the fight over hiking the minimum wage here goes on and Republicans are hoping for more success in the future.

Quote of the Day: “I welcome everybody on to this fight. You know, the more the merrier,” _ Senate President and likely gubernatorial candidate Steve Sweeney, on Phil Murphy’s officially entering the governor’s race.

Murphy Makes 2017 Guv Run Official
Former Ambassador Phil Murphy has officially entered the 2017 gubernatorial race.
When asked why he decided to announce his candidacy a year and a half ahead of the November 2017 election, Murphy said that transparency was key in the decision making process.
Alyana Alfaro, PolitickerNJ Read more

As $15 Minimum Wage Bill Advances, Sweeney Says 2013 Increase Did Too Little
As his bill to increase New Jersey’s minimum wage advanced in committee Monday, Senate President Steve Sweeney (D-3) said that the increase he sponsored in 2013 did not go far enough and predicted an uphill battle in getting his new bill to raise the wage to $15 an hour as soon as 2021 past the governor.
JT Aregood, PolitickerNJ Read more

In $15 Minimum Wage Debate, Assembly Republicans Warn of Unintended Consequences
As lawmakers consider a Democratically sponsored bill to raise the state’s minimum wage to $15 an hour in as soon as five years, state Republicans are pointing to the wage hike’s potential impact to New Jersey’s already strained budget. In his testimony at the Senate Labor Committee hearing where that bill advanced Monday, Assemblyman Declan O’Scanlon predicted that healthcare providers who receive state funding would turn to the state to offset the cost.
JT Aregood, PolitickerNJ Read more

Sweeney Declines to Follow Murphy’s Lead Following Guv Bid Announcement
After one of his most formidable rivals for an anticipated gubernatorial bid announced his candidacy that same day, Senate President Steve Sweeney (D-3) deflected questions about former U.S. Ambassador to Germany Phil Murphy on Monday. Sweeney has been on the shortlist of contenders for the Democratic nomination for months, but said he is not prepared to formally announce a campaign.
JT Aregood, PolitickerNJ Read more

Media companies continue legal push for release of names in GWB scandal
In the latest in a flurry of legal filings, an attorney has asked an appeals court to throw out a last-minute attempt by a mystery man who claims his reputation and career could be severely damaged by being named on a list of people suspected of — but not charged with — involvement in a political conspiracy to close access lanes to the George Washington Bridge.
Paul Berger, The Record Read more

Rutherford mayor to pull full-time ordinance
Claiming that the controversial issue is giving the town “a black eye,” Mayor Joe DeSalvo on Monday said he’s scotching plans to make his position full time at a salary of $74,000 a year.
Linda Moss, The Record Read more

Tuesday is deadline to register for New Jersey presidential primary
Time is running out to register to vote in New Jersey’s June 7 primary, which includes selecting the candidates who will run for president in November.
Associated Press Read more

N.J. power broker offers ‘better way’ to solve pension crisis
Thomas Bracken has never held elected office.
He rarely has supported a political candidate. And yet as the New Jersey Chamber of Commerce’s president and CEO, he is one of the most powerful voices in Trenton shaping public policy – and he is crystal clear in stating the Chamber’s position on the state’s pension crisis.
Paul Brubaker, The Record Read more

Who might run for governor next year?
Phil Murphy, the former U.S. ambassador to Germany who on Monday became the first candidate to formally declare he is running for New Jersey governor next year, will likely have a lot of company in the race.
Brent Johnson, NJ.com Read more

Is Phil Murphy another Jon Corzine? Not so fast
Phil Murphy is about to spend $10 million of his Goldman Sachs money seeking the Democratic nomination for governor as a full-throated liberal.
Tom Moran, Star-Ledger Editorial Board Read more

Still on chopping block, Do AC lives to market again
Do AC, not to mention #doac and @visitac, has risen from the dead.
With Atlantic City being branded more as borderline bankrupt than as a bachelorette destination, and the state dragging its feet on rescue bills which would redirect millions in marketing dollars, the Atlantic City Alliance marketing group has begun spending money again on, well, marketing.
Amy Rosenberg, Inquirer Read more 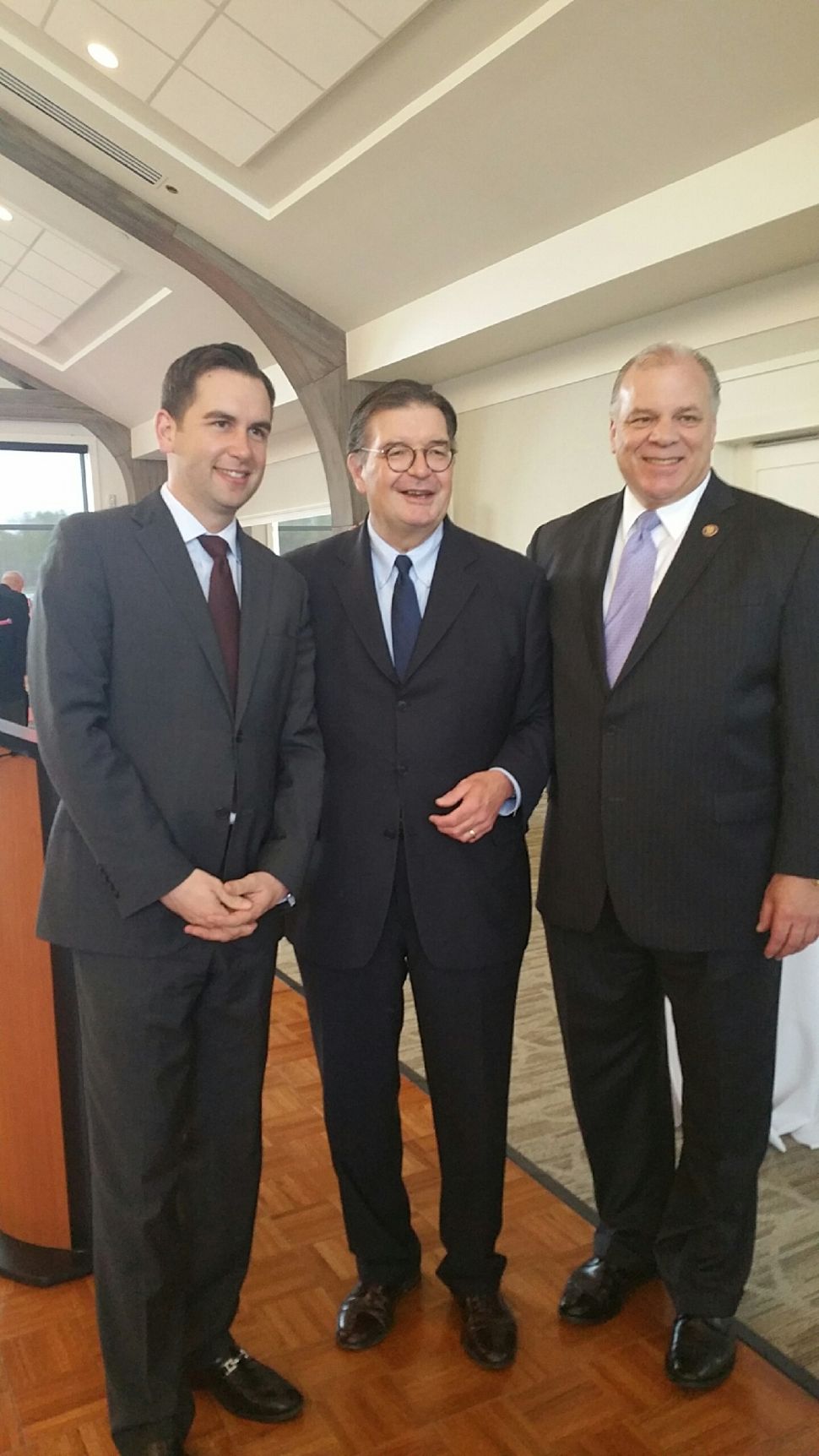