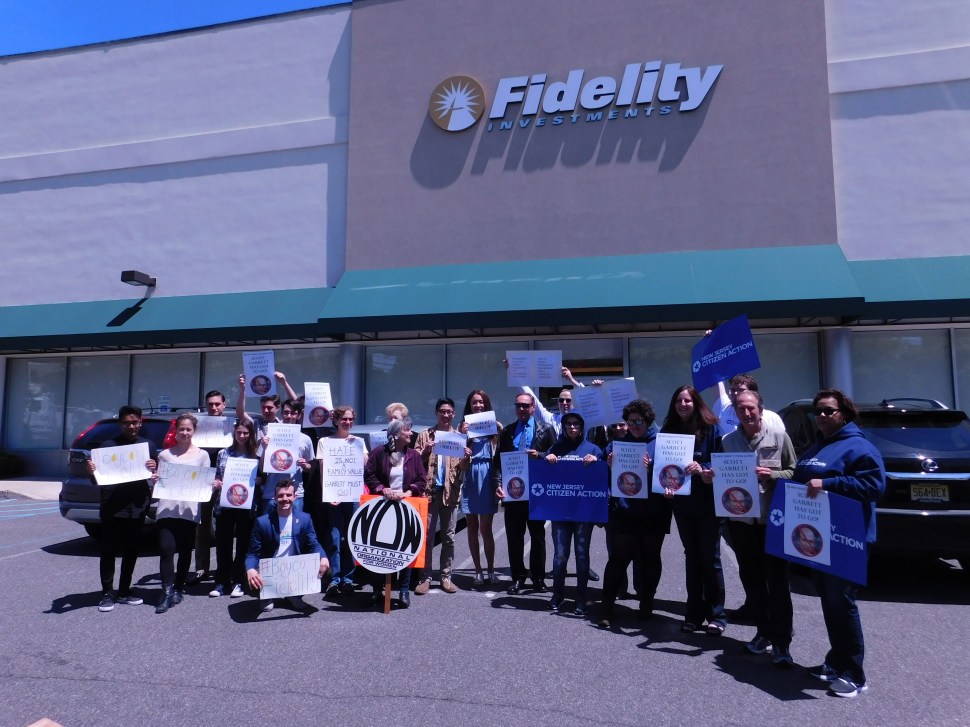 The group of those calling for Fidelity to end their support of Garrett.

It’s Thursday, and the legislature and governor are still bickering over how to fund the Transportation Trust Fund while Republicans work to fund a big payday for one Ocean County freeholder.

Quote of the Day: “At what point should my concern cause sleepless nights? Are we at that point yet?” – Assemblyman Gary Schaer, on the lack of a plan to fund the state Transportation Trust Fund.

Mutual ‘Disappointment’ Between Legislature and Administration Over TTF
The deadlock between the legislature and Governor Chris Christie’s administration over the state’s nearly insolvent Transportation Trust Fund continued on Wednesday as State Treasurer Ford M. Scudder testified before the Assembly Budget Committee. When the conversation between chairman Gary Schaer (D-36) and Scudder turned to the Trust Fund, blame for the continuing stalemate was mutual between lawmakers and the administration.
JT Aregood, PolitickerNJ Read more

OINK OINK OINK OINK!
Once in a while, a political figure slips up and gives us a proper glimpse at how politics really gets done in New Jersey. They accidentally go and divulge something dishy. That’s what Ocean County GOP Chairman George Gilmore did earlier this year when he addressed the Ocean County Republican Committee:
Jay Lassiter, PolitickerNJ Read more

Eustace to Fidelity Investments: Stop Supporting Garrett
The sidewalk in front of the Fidelity Investments storefront on Route 17 in Paramus was crowded on Wednesday as protesters called on the financial institution to stop financially backing the campaign of CD5 Republican Congressman Scott Garrett.
Alyana Alfaro, PolitickerNJ Read more

Christie administration reveals plan to close $1B budget gap
Gov. Chris Christie’s administration said on Wednesday that the state budget for the fiscal years 2016 and 2017 face a combined revenue shortfall of close to $1 billion, but that it will be closed with surplus funds and a variety of spending cuts.
Samantha Marcus, NJ.com Read more

List of GWB names blocked again; judge sets hearing on IDs of alleged co-conspirators for June
The highly anticipated release of names of people suspected of — but not charged with — participating in a political conspiracy to close access lanes to the George Washington Bridge has been delayed after an anonymous man won the latest round in a legal battle to shield his identity.
Paul Berger, The Record Read more

Trump campaign forms fund-raising alliance with RNC, NJ GOP
Donald Trump has signed on to creating a new political fund that can accept up to $449,400 per donor, an amount that would have been illegal in the 2012 election, by uniting his campaign with the Republican National Committee and 11 state organizations, including New Jersey’s.
Herb Jackson, The Record Read more

Jersey Shore tourism; nobody’s in charge
The Shore is heading into the summer without its biggest marketing arm.
The Jersey Shore Convention & Visitors Bureau has no funding, no executive director and no website, leaving the promotion of the Shore’s tourism industry to Monmouth and Ocean counties – and individual towns and businesses.
Michael L. Diamond, Asbury Park Press Read more

New Garden State Equality Director Outlines Initiatives
New Jersey has long been at the forefront in the fight for basic civil rights for the LGBT community. Ending discrimination in jobs and housing, ensuring marriage equality and passing the most comprehensive anti-bullying law in the country have been, in large part, due to the leadership of Garden State Equality.
Mary Alice Williams, NJTV News Read more

Rutgers President Talks POTUS Commencement Speech and the State of the University
In the annual intercollegiate competition to score the top commencement speaker, Rutgers rules. It scored the president of the United States, on no less auspicious an occasion than the university’s 250th anniversary.
Michael Aron, NJTV News Read more

Refugees Welcome, Despite NJ Efforts to Stop Them
The Christie administration may be pulling out of U.S. resettlement program, but it can’t stop refugees from making a home in Garden State — despite governor’s rhetoric.
Colleen O’Dea, SpotlightNJ Read more 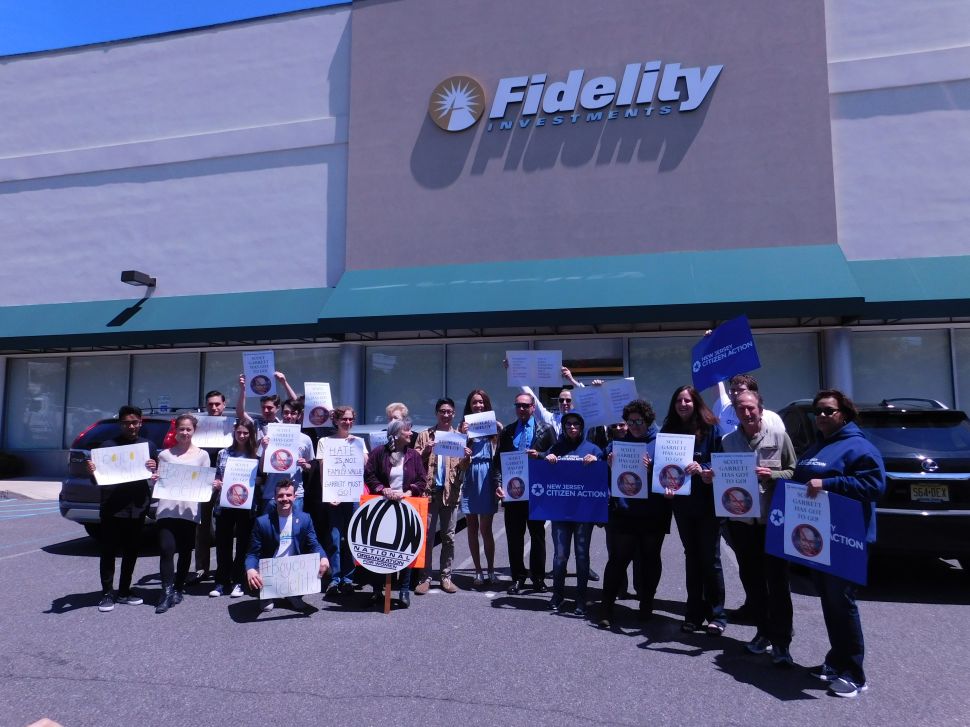