It’s the end of the week in New Jersey, and as we go into the holiday weekend, Atlantic City’s fate is looking brighter while boardwalk workers are heartened by the prospect of earning some good money for serving cotton candy and spinning the Wheel of Fortune.

Quote of the Day: “The focus must be on comprehensive tax reform and reducing the high cost of living in New Jersey so that people in entry-level jobs can afford to live here and advance in their careers.” – Michele Siekerka, president of the New Jersey Business & Industry Association, reacting to the Assembly passing the $15 minimum wage bill.

Legislature Approves Atlantic City Takeover Compromise
After months of delays and mutual recrimination between the city and state, the state Assembly and Senate approved an amended Atlantic City rescue package Thursday. The successful bill would give the city 150 days to balance its nearly $100 million budget shortfall for 2017, then hold it accountable for doing the same over a period of five years in order to avoid a state takeover of its finances.
JT Aregood, PolitickerNJ Read more

$15 Minimum Wage Bill Passes Assembly
The state Assembly approved a measure to increase New Jersey’s minimum wage to $15 an hour Thursday. Over objections on the floor from Republicans like Budget Officer Declan O’Scanlon of the 13th district and ‘No’ votes from Democrats like Eric Houghtaling and Joann Downey of the 11th, the bill will now go the the Senate.
JT Aregood, PolitickerNJ Read more

Dems in Battleground Districts Shy Away from $15 Minimum Wage Boost
On Thursday, legislation that would implement a $15 minimum wage phase in was approved by the New Jersey General Assembly. While the bill was sponsored by Assembly Speaker Vincent Prieto, Assembly Deputy Speaker John Wisniewski, Assembly Budget Chairman Gary Schaer and Assemblywoman Cleopatra Tucker, not all of New Jersey’s assembly Democrats were on board with the bill.
Alyana Alfaro, PolitickerNJ Read more

Congressional Primary Roundup: Information About the June 7 Races
While the congressional contests in some districts like CD1 and CD7 have gotten quite a bit of coverage leading up to the June 7 New Jersey primary, there are a number of congressional races happening in the state that have gotten less attention. With fewer than two weeks left before voters make their way to the polls to vote in the primary, PolitickerNJ did a roundup of what is happening in each congressional district. In some, there has been little activity. In others, a number of candidates will be on the ballot but little to no fundraising has been reported.
Alyana Alfaro, PolitickerNJ Read more

Jeff Tittel and the Roots of a Reconfigured NJ Prez Politics Game
The last time New Jersey decided a Democratic Presidential Primary also marked the beginning of the end of an old template, which Ronald Reagan would beat in the general election, first in 1984, prior to Reagan’s successor George Herbert Walker Bush defeating it again in 1988, before Arkansas Democrat Bill Clinton came along in 1992 with a reconfigured campaign model and a successful plan to turn New Jersey into a blue state.
Max Pizarro, PolitickerNJ Read more

Pension Meeting Ends in Cliffhanger
It was supposed to be another staid meeting of the board that oversees New Jersey’s $71 billion public-employee pension system. It ended with a dramatic deadlocked vote on a key policy issue — how heavily pension assets should be invested in hedge funds — and an equally dramatic threat from one veteran board member to immediately tender his resignation.
John Reitmeyer, NJ Spotligh Read more

Name your poison for fixing the roads: a gas tax hike or a property tax hike
Twice last weekend I had to make the dreaded drive from Brick Township to Toms River.
Paul Mulshine, The Star Ledger Read more

Lawmaker: N.J. roads can be fixed without gas tax hike
State Sen. Jennifer Beck on Thursday announced she is introducing two sweeping bills to free up billions of dollars in the state budget to fund the near-broke Transportation Trust Fund for seven years without raising the gas tax.
Samantha Marcus, NJ.com Read more

Assembly speaker: Fight for Atlantic City compromise was worth it for N.J.
Atlantic City is experiencing a serious fiscal problem. Property values have plummeted and municipal budgets have not reflected the lower tax revenues. For the first time since 1938 a municipal government in New Jersey might not be able to pay its bills and is threatened with bankruptcy. Many entities have a responsibility in this crisis, including local, county and state governments.
Vincent Prieto, NJ.com Read more 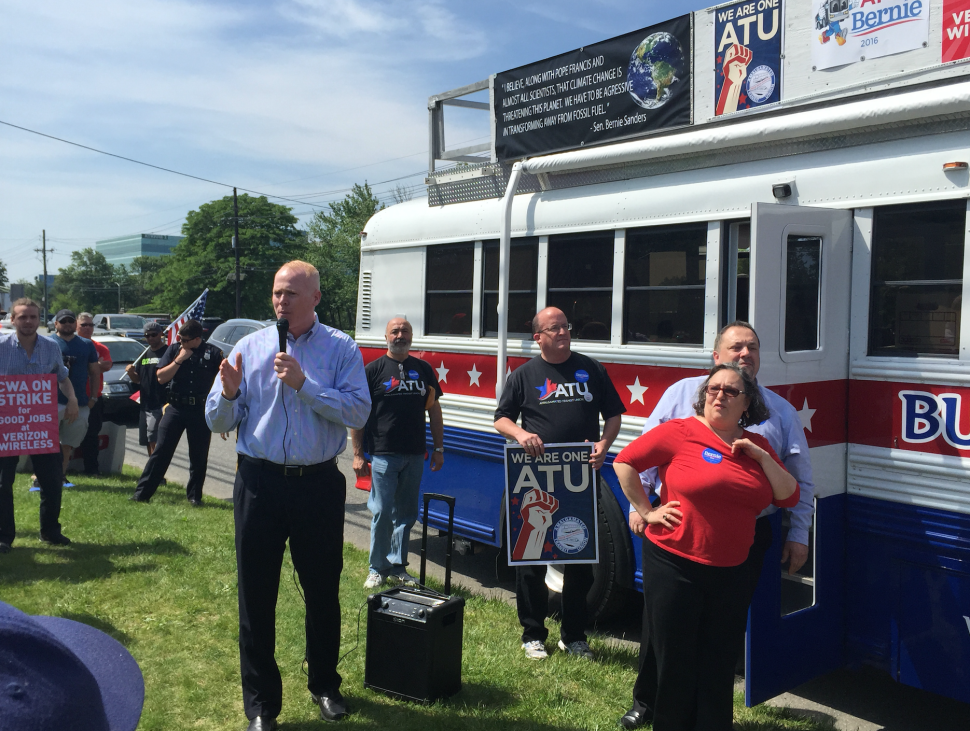