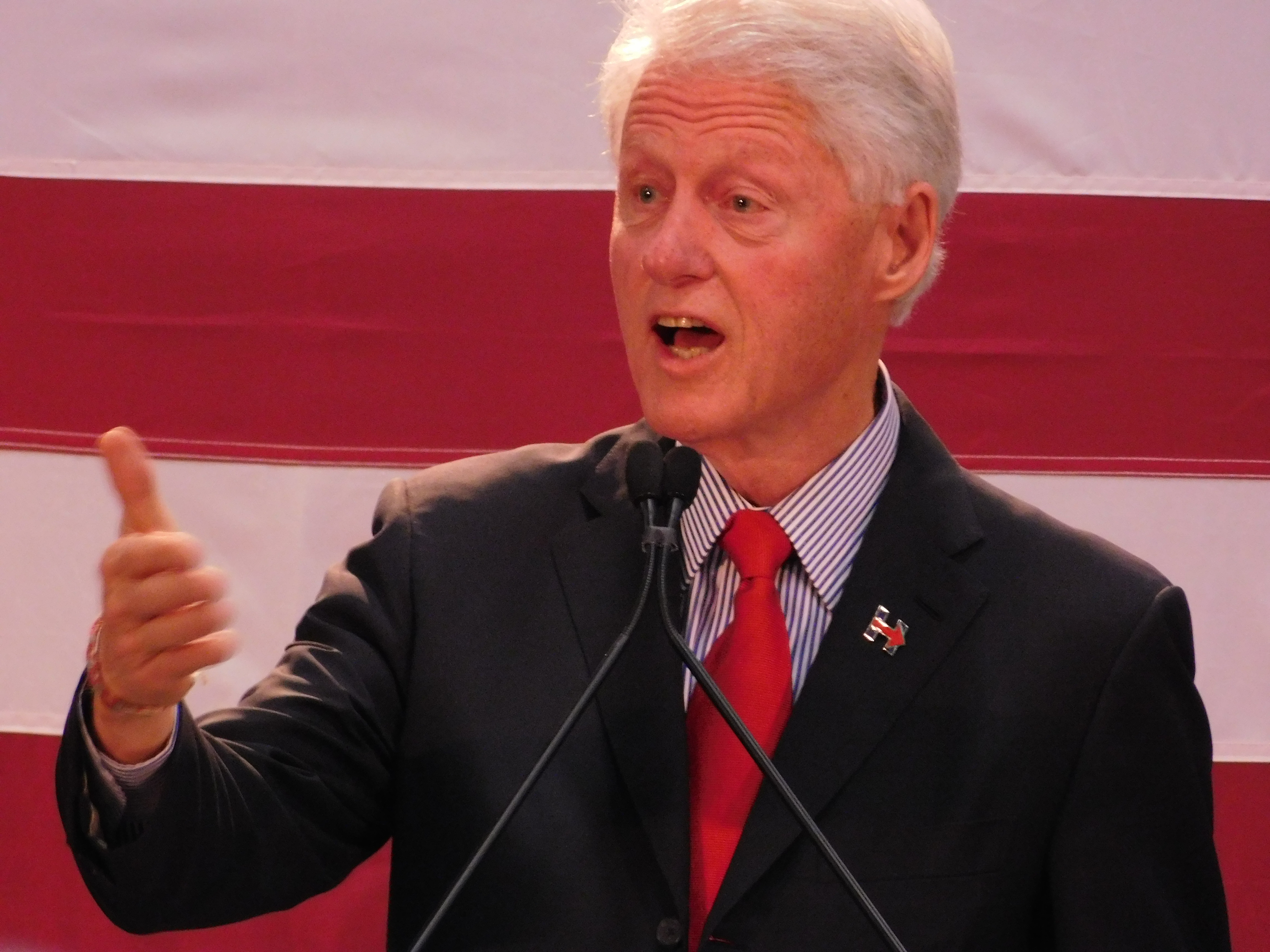 PATERSON – Former President Bill Clinton took the stage at Passaic County Community College on Friday to ask New Jersey voters to turn out and vote for his wife former Secretary of State Hillary Clinton as she pursues the presidency. While New Jersey is usually an afterthought in the presidential election process because of the June primary date, this year the competition Clinton has faced from Vermont Senator Bernie Sanders has pushed New Jersey into an unusual state of relevance.

President Clinton also espoused Hillary’s goals to create more economic stability, create jobs through infrastructure improvements (like lead pipe removal) and increasing the amount of renewable energy used in America. He also touched on regulations on Wall Street—one area where Clinton has been subject to significant criticism—and other plans like debt free college and the ability to refinance student loans. During his remarks, Clinton also expressed how Hillary would continue the legacy of President Barack Obama on issues like healthcare if elected.

“This president has done a much better job than he is given credit for,” Clinton said. 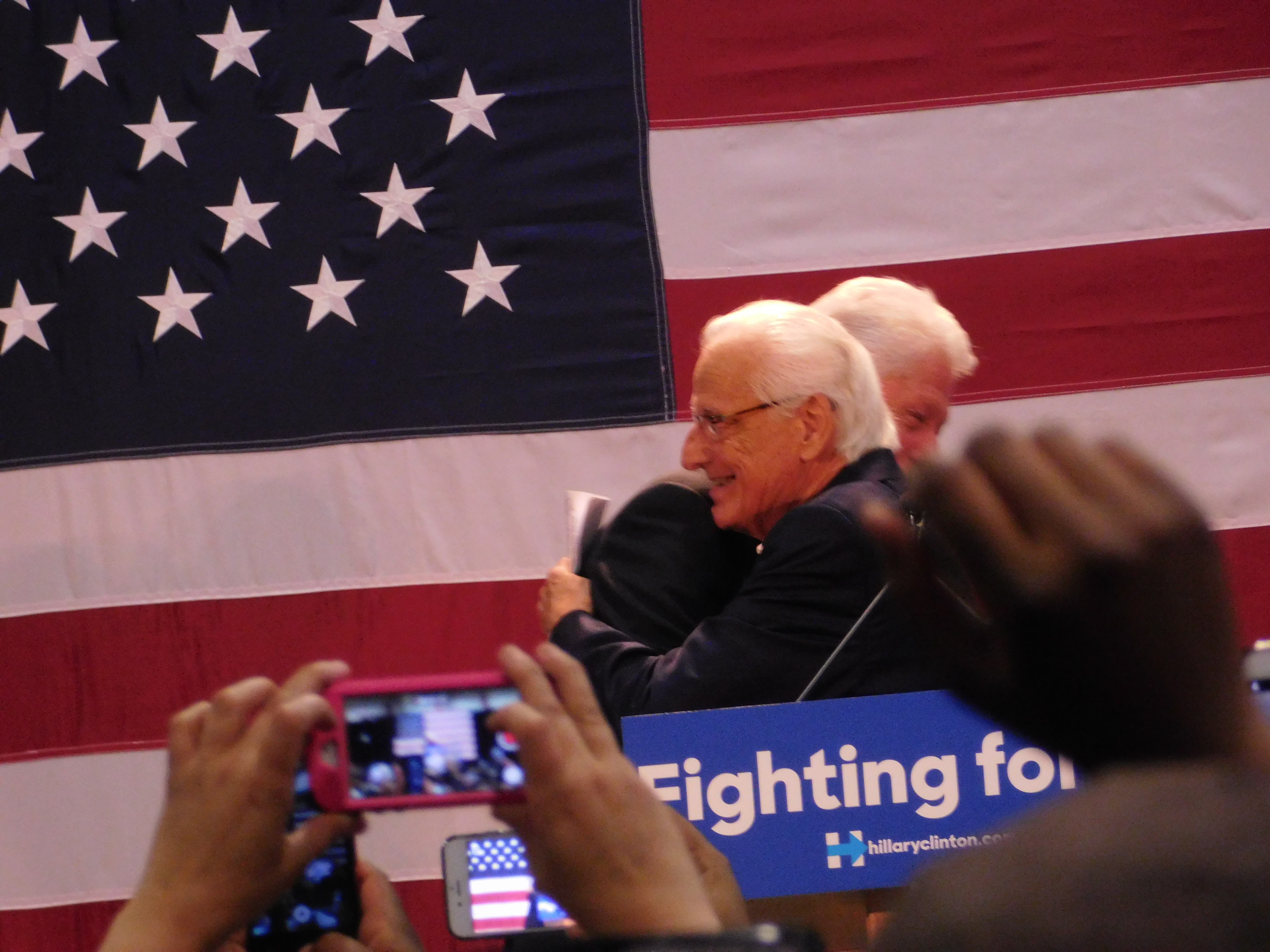 Pascrell greets Clinton with a hug after introducing the former president.

“What we need is a president who understands the barriers, a president who is not afraid to take them head on,” Pascrell said. “That is why we are here today to support Secretary Clinton as the next president.”

“That is action, not empty promises,” Pascrell said. “Rather than building walls to keep people out, Hillary Clinton wants to bring everyone to the table. That is a big difference. It is hard to overstate just how dangerous Donald Trump’s policies would be for Americans. The future of our nation is at stake.”

The former president was not the only member of the Clinton family campaigning around New Jersey Friday. His daughter Chelsea Clinton also toured the state making campaign stops for the opening of the Middlesex County Campaign Office and at an organizing event in Bloomfield. After his Paterson appearance, President Clinton traveled south to Ewing for an event at The College of New Jersey.

Earlier this week, the former secretary of state also campaigned in the Garden State during an appearance in Camden. Clinton’s competitor Sanders held two NJ rallies on Sunday and Monday: one at Rutgers University and the other in Atlantic City.

To close, Clinton hearkened back to his 1992 presidential run where he did not have the sufficient number of delegates until the June primary in New Jersey and California.

“We need New Jersey. Hillary needs you in New Jersey. Don’t believe that just because it is the last day it doesn’t matter,” Clinton said of the June 7 primary. “You are just this close but you have the make the right decision and you have the most gifted change-maker I have ever seen.” 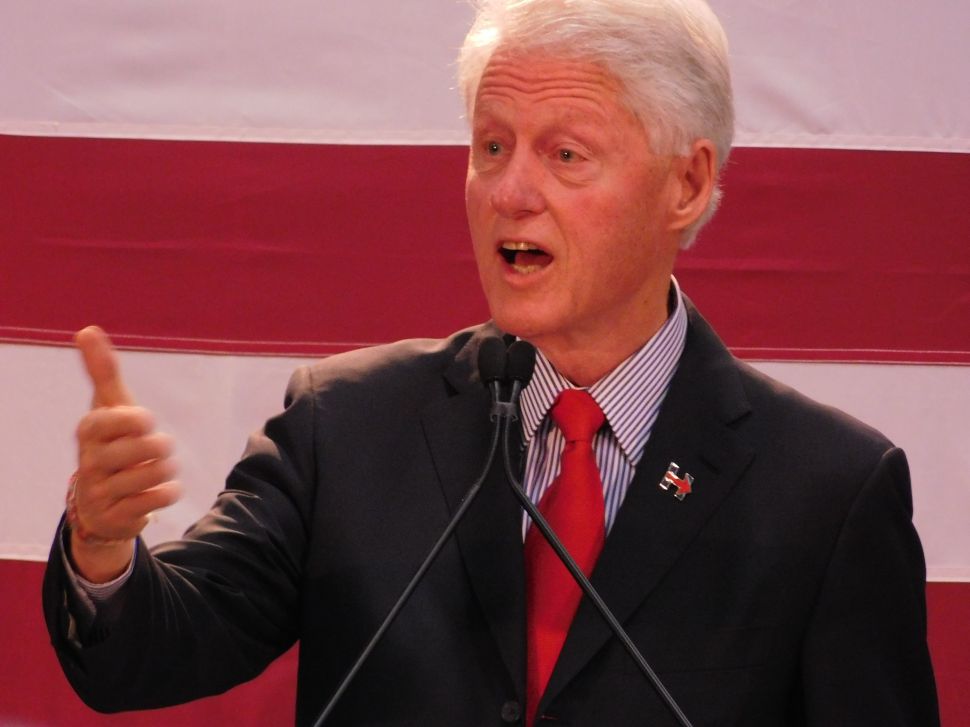