Rarely do political writers and economic ones focus on the same topic. However, President Xi Jinping’s China has become the exception. The political side of Xi’s rule has received lots of attention. To name just a bit of the media coverage: The Guardian; the Council on Foreign Relations publications, Foreign Affairs; and most recently and chillingly, The New York Review of Books (April 21) by long time China watcher Orville Schell.

Mr. Schell paints a very gloomy picture as authorities crack down on the relative freedoms Chinese citizens enjoy. Worse, the nature of the repression is arbitrary, political and often illogical. Layer after layer of civil—and now military—authority is being concentrated in President Xi’s hands. Comparisons to Mao’s cult of personality are on everyone’s lips. It’s bad. Human rights lawyers, NGO officials, writers, business executives are all being jailed. Anyone who runs afoul of Xi is at risk… and no one knows his criteria for judging afoul.

Even the ratings agencies, like Moody’s, are negative. The Wall Street Journal, both the NY (Times) and Financial Times, Bloomberg and Forbes are all covering the story. Private hedge fund reports (see Kyle Bass), predicting China’s economic collapse, circulate among the investing classes by email, the way Russian Samizdat reports in the 1970s circulated hand to hand. The coup de grace however might be the Economist Magazine’s May 7 issue with its 13-page special report on China’s land mine of debt and what happens when it blows up. It is must-reading for anyone with skin in the economy.

The explosion Xi prepares is already felt. According to a top commodity producer quoted in the Financial Times about Chinese trade policy, “This is war. This is not trade.”

American politicians, starting with Donald Trump, but quickly followed by Bernie Sanders and belatedly Hillary Clinton, are preparing their counter-attack strategies. China’s number one export is not steel, electronics, textiles or toys… It is deflation. China is dumping everything from finished steel to appliances. Just walk into Best Buy and you’ll see a wall of Chinese-made air conditioners priced so low it is clear no one is making money. In fact, a good friend of mine, who is in the commodity business and visits China at least 12 times a year, said the air conditioner factories cannot pay their suppliers or truckers in cash. They’re paid with air conditioners.

This exporting of heavily subsidized commodities and manufactured goods buys Xi and China time. Time to inject trillions of renminbi into China’s rust belt as he has just promised to do. No pesky fiscal conservatives in his congress to oppose an industry bailout. Xi is determined to ward off the social unrest that will follow the debt blow up.

Political and economic analysis points to one thing: China is in deep trouble. Xi knows this better than anyone. He has access to all the true economic numbers on debt and credit from his ministries, not the ones published for the naive abroad.

For Xi it is June 22,1941—the day the Germans launched operation Barbarossa against the Russians. On that day, and forever after, Stalin was in total control of everything. The Russian nation needed an iron hand to unify and counterattack. There was no room for dissent, doubt, or questioning of Stalin’s plans. Xi is now China’s Stalin. The war may not be fought against an invading enemy, but it is a war for survival none-the-less. The debt levels, shadow banking, hidden money abroad, and the asset swindles are as destructive a force as any invading army. Worse, they are already inside China. They need not breech the border.

Xi has to save China from itself, from the past mistakes that have kicked the planned-economy can down the road. If his authoritarian stance sets China back in the eyes of the democratic world, it is of no consequence. Xi’s audience is the hundreds of millions of Chinese who have relied on the Communist Party to raise their living standards. Not the writers of British editorials.

Of one thing I am certain: To hold back this tsunami of debt Xi will force his global trading partners to share his pain. China will ramp up its export of deflation. Prices of both industrial commodities and manufactured goods will continue to fall. Countries, from South Africa to Italy, will engage in trade wars in an effort to keep their citizens employed. Those put out on the street by a closed British steel mill or an American aluminum plant are not Xi’s concern. Another closed steel plant in Tangshan is.

When you understand Xi’s dilemma, you understand everything Xi does. He knows more about China’s problems than you. That’s why, in an effort to survive the coming economic fallout, Xi must put in place a new political order.

The only question is how much pain and disruption we are prepared to endure to accommodate him and China’s survival.

Jonathan Russo has been observing and writing about the Mid-East, domestic politics, and China for decades. In the last 10 years his articles have been published in The Huffington Post, Times of Israel, and his own site JavaJagMorning.com. He’s been an executive in NY media for over 40 years and resides in Manhattan. 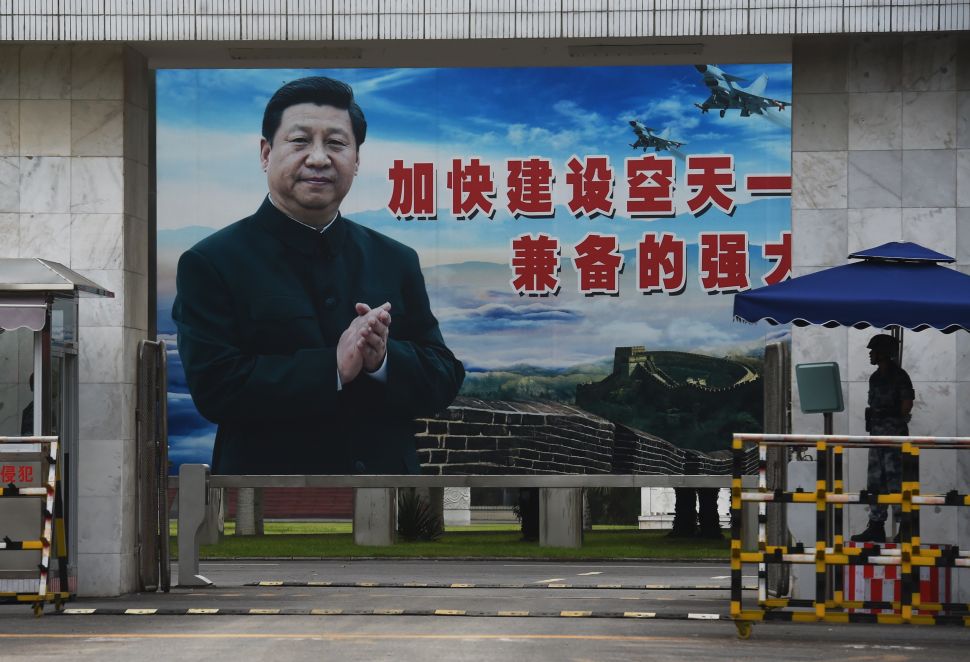