TRENTON – After having appeared on the floor of the Assembly, Democratic legislators again went behind closed doors and Speaker Vincent Prieto (D-32) announced that he intends to pull his Atlantic City bill scheduled for today.

But it’s not over, Prieto said.

He lacked the votes today – less than a handful short with the no-shows of three caucus members – but a source told PolitickerNJ that the speaker planned to reschedule a vote for next Wednesday.

“He thinks he can retrieve the votes,” the source told PolitickerNJ.

Another source said it won’t be the same bill, but a hybrid of something the speaker can – he hopes – cobble together with archrival Senate President Steve Sweeney (D-3).

Without the three absentees, the speaker had 39 votes, a Prieto ally told PolitickerNJ.

“Those people are no votes,” a Prieto antagonist insisted. “He lost badly.”

Having coalesced the bulk of his caucus against South Jersey and South Jersey allies to make his stand today, Prieto now faced the prospect of buckling knees, which was why it appeared he would have to change course on the legislation and find a compromise or hybrid.

After a week of holding with Prieto, Central Jersey county organizations that stuck by him appeared very wobbly in the aftermath of the news that the speaker had failed Thursday and sources said real doubts abided in the backrooms about whether they would continue to hold with him for a doomed bill.

Sweeney is on record saying the speaker’s bill – if it passed – wouldn’t make the floor of the senate, and Governor Chris Christie said he plans to veto the bill if it ever made it to his desk. 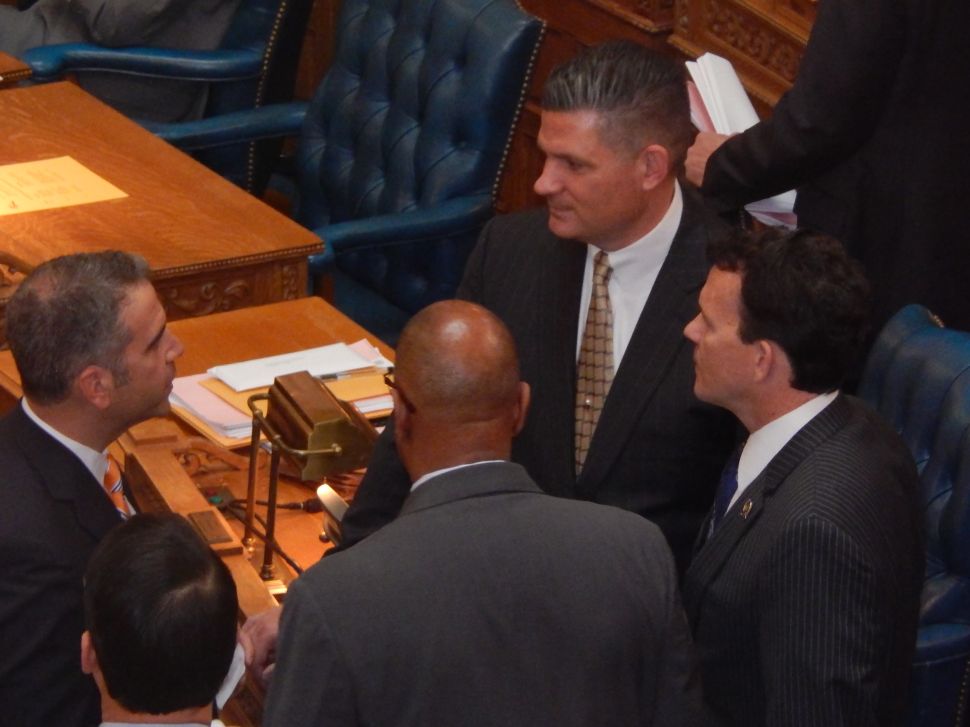