The new teaser trailer for Beauty and the Beast has officially hit the Internet, and so far, the only new information we know is that Ewan McGregor can’t really do a French accent.

But until a full trailer drops and we get to see how an anthropomorphic candelabra will look in a non-animated film, I’m going to use that time to discuss every single problem I have with the 1993 Beauty and the Beast in the hopes that somehow, this new movie will give me some of the answers I’ve been waiting for.

Did the Beast actually deserve to be turned into a beast?

“Of course!” you’re probably thinking. “He was selfish and greedy, and cared too much about appearances! The hag offered him a rose to spend the night in his castle, and he refused her!”

Okay, let’s get a few things straight. He’s a prince, not a guy running a hotel. No one has the obligation to let a stranger stay at their place, and the only time having a rose means a lady gets a free night in a mansion is on The Bachelor. Imagine a gross old lady comes to your house tonight and offers you a flower she pulled from your front lawn in exchange for sleeping at your place. Would you let her? If you answered yes, congratulations on being murdered.

Was he…like, actually a child at the time?

Math time: In “Be Our Guest” Lumiere says they’ve been rusting for “ten years.” And the enchantress gave the prince until he was 21 to find true love. Seeing as the magical timepiece rose is just about run out of petals, we can go backwards and infer that the prince that turned a strange lady away from his house in the middle of the night was a ten-year-old. A ten-year-old who made a responsible decision because clearly in this shitty monarchy, he was put in charge of a whole castle. He probably watched a few of the early Disney movies and learned that accepting produce from a hag is a terrible decision!

He only has until 21 to find love?

What sophomore in college has found eternal, curse-breaking love? I sure hadn’t. I was just learning that red wine makes morning classes much, much more unpleasant. Trying to find love is hard enough if you’re a socially adjusted, normal looking person without fangs or fur; forcing a literal beast to find someone to love him before he’d be legally allowed to drink in the United States is a rigged game.

Why do the servants need to be punished too?

I get that the enchantress thought that the Beast needed to be taught a lesson, but why did she have to turn all of his employees into inanimate objects? It’s even shittier than what she did to the prince–at least he’s a vaguely humanoid shape! He’s basically just an X-Man. Some poor kitchen worker was transformed into a plate. He didn’t come home from work ten years ago and his wife assumed he was dead. She got remarried and forgot all about him.

Why is Belle so mean to everyone in town?

Do you know what we call people who act like they’re better than everyone else because they read more? Assholes. We call those people pretentious assholes. Belle walks through a town where every single person says “Bonjour” to her, and she just smirks. “Little town, filled with little people,” she sighs to herself, loud enough so that everyone in earshot can hear her. “There must be more than this terrible, boring provincial life. I guess it’s enough for you, but it’s just not enough for me.”

Belle makes a huge deal about not wanting to end up as Gaston’s “little wife” because she wants so much more. Based on the way nature looks, Belle goes to the castle sometime in the late fall (dead leaves), stays for winter (snow), and kisses the Beast sometime in the spring (rain). So…less than a year after her grand proclamation, she’s married to a monarch living in a castle deep in the woods. So it was less “adventure” and “city life” she wanted and more “marrying rich.”

How does no one realize there’s a giant castle in walking distance?

Who is running the province that Belle and her father live in? Do they not remember that they have a monarch that no one’s heard from in 10 years? Ten years isn’t that long. Ten years ago, George W. Bush was president and we all remember him. They keep calling the Beast “the prince” but he almost certainly doesn’t have living parents. Is he the king? Of France? Of their province? What is going on with this terrible government structure?

Also, how does a giant castle get built with none of them knowing? It’s a huge place, filled with tapestries and sculptures and spikes for impaling handsome jerks. They didn’t get any of the labor to build that castle from nearby towns?

Where is the castle getting their food?

Why does Belle still call him “Beast”?

Watch the movie again. She literally only calls him as “Beast,” even after she falls in love with him (not even going to get into the Stockholm Syndrome here.) Would it really kill her to be like, “Hey, what’s your real name?” Because the moral of the story is don’t judge people by their appearances, and yet Belle literally DEFINES and refers to the prince by his deformed appearance. It probably hurts his feelings.

When does this story take place?

Based on the clothing and the technology (small steam engine, guns, etc.) I’m going to make a guess that Belle lives around the late 1700’s, probably around 1770. Maybe as early as 1750, maybe as late as 1780. It’s almost certainly not after 1789 because that’s when the French revolution started, and I’m pretty sure the rich reclusive prince who thinks he’s too good to even let the peasants know he exists and that mean pretty girl who thought she was smarter than everyone aren’t going to keep their heads.

Belle and her prince are going to get murdered by French peasants in a few years. That’s what I’m saying.

I have heard a fan theory that the reason no one knows about the prince living in a giant castle a few miles away is that his parents sent him away during the French revolution to keep him safe. It’s a good theory, and backs up my own theory that Beauty and the Beast is actually one elaborate allegory for the French Revolution, but if that’s really the case, it’s weird that educated, intelligent Belle would have no thoughts or opinions on that which she’d want to voice upon finding a secret monarch.

“Kill the indulgent Second Estate!” would have been a much better rallying cry when Gaston wants the masses to come with him to come kill the Beast. Just get a guillotine, buddy. 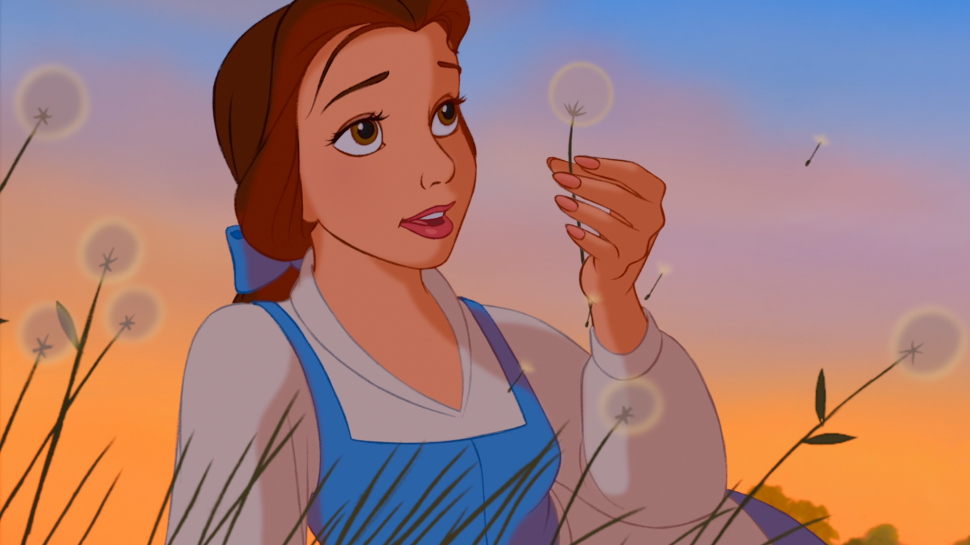