Have you ever wanted to kiss someone really bad? Have you ever wanted to kiss someone so bad but you couldn’t? Have you wanted to kiss someone so bad that your skin felt like it was sweating but not on the outside with regular world perspiration, but on the inside like your blood and veins and stuff were sweating fire? And then you sneak off on an escalator and go kiss the person. And it’s so good. It feels so amazing and now your underskin isn’t sweating fire anymore instead it feels like the whole inside of you is taking a warm bubble bath. But the reason you couldn’t kiss in the first place is because you have a significant other. And the only reason you’re kissing now is because you’re a little drunk. But now you’re drunk off the drinks but also the kiss. So you keep kissing but also drinking. And then you kiss so much and drink even more that the guy you’re kissing runs off to go throw up in a hotel and casino men’s room except he doesn’t make it all the way there and kinda throws up in the hallway and then on the floor of the bathroom.  And then you have to go throw up too and so while he’s throwing up on the floor, you’re throwing up too next door. And you throw up so hard you lose your nose ring. And then your roommates come in to check on you and you ask them to look through your gross mess to find your nose ring with the diamond stud on it. But they can’t find it, so you decide you’ll just buy another. Have you ever just thrown up after kissing someone, who has also just thrown up and been like “we’ve both enjoyed this kissing and throwing up, let us resume the kissing now that we have thrown up”? Have you ever had this experience? Nah, me neither. But Jenna and Dylan did.

Jenna threw up so hard she lost her nose ring.

I should actually just stop writing for today and maybe forever because nothing will ever top this. We’ve hit peak perfection. The name of the show is Go Big or Go Home but what if two people go sooooo big that everyone might as well just go home? That’s where we are at. Call Producer Matt, it’s over.

This whole episode is basically the Dylan, Brandon, Kelly love triangle from 90210 except instead of Kelly choosing herself, Jenna kind of chooses both of them and ends up with nobody, alone and yoked out on the floor by Ceejai. In this analogy Austin, Jenna’s man at home is Dylan. You’d think Dylan would be Dylan but he’s not. That’s just his name. Dylan is Brandon. And Jenna is Kelly with some suspect views on race and sexuality.

Dylan wants to be with Jenna. They throw up and make out. The next day, Jenna pretends that she didn’t kiss Dylan back. Dylan’s feelings get hurt. Dione tells Dylan to forget about Jenna. “Look at the horizon, not just the sunset,” says the wise King of Carny’s. Dylan uncomfortably tries to kiss Jenna in the confessional and she shoots him down. Dylan asks Jenna to choose between him and Austin. Jenna chooses Austin. Dylan decides to move on. Jenna just wants to be friends with Dylan, as long as he doesn’t sex Kailah because that would be gross to her but she doesn’t know why. I know why. We all know why. Jenna wants her to have her Confederate Flag shaped cake and eat it too. Dylan goes to talk to other girls. Jenna gets mad. Jenna decides to break up with Austin via email and go after Dylan. Dylan says he can’t trust her. Like Chris Isaak on a beach, she’s played too many wicked games. Jenna gets upset.

Sabrina and Chris stayed in and built a super dope fort out of pool cues and blankets. After everyone gets home, including Jenna and Dylan, they all want to play in the fort. Jenna tries to talk to Dylan but he ignores her. Jenna is dead-behind-the-eyes drunk. She starts calling out for Dylan. Dione tells her to shut up and go to bed. Ceejai tells her to “swerve, bitch.” Jenna busts out the guttural war cry of “booooooiiiiiiiiiiiiiiiiiii”, jumps off the counter, nearly slips, and takes a running push at Ceejai. Ceejai puts her on the ground without throwing a punch. Production breaks it up.

It used to be that you couldn’t make another house guest feel threatened and now you are allowed to take a running leap at someone like when Duckie tackles Blane mid-hallway in Pretty in Pink and still not get kicked out. I’m on Ceejai’s side here, she totally handled getting charged as well as can be expected. She is grateful for this opportunity and didn’t want it taken away from her but Jenna, who doesn’t know what Ceejai has struggled through in her life to get here. But if Jenna had a friend in the house, which she doesn’t and there are lots of reasons for that, they would have seen the shape she was in and calmly walked her to bed before this got out of control. Especially with the bombshell reveal earlier in the episode that Jenna has dealt with some serious abuse in her life. Her roommates all said they’d have her back when they found out but there was a good amount of escalation that lead to this final confrontation. Again, Jenna was wrong but it didn’t have to get where it got. Or maybe it did, maybe this was the only place it could go once everything with Jenna and her roommates and her views were set into motion. The roommates didn’t get to vote about whether Jenna stayed or not but if they did, they were ready to send her home. Instead, some other Producer (not Matt, who surely would’ve regulated the situation like the Michael Jordan of Producers he is) brought them both into this closet room and was like “you gonna keep fighting? No? Okay you can go back to living with each other now. Boy bye.”

It was a deep low for Jenna who previously in the episode had experienced the incredible high of having her and Sabrina’s song Fly get recorded and debuted on Vegas radio. Without exaggeration Fly is a masterpiece. Basically when Sabrina and Jenna’s Fly was played on the radio, they had to put Sugar Ray’s Fly on suicide watch because all around the world statues stopped crumbling for him. From what I can tell from the lyrics of Sabrina and Jenna’sFly, it’s about that scene in Scrooged when the Ghost of Christmas Future takes Frank to his funeral and he’s in the coffin about to be cremated but he’s still alive and screaming to get out. I could be wrong. You can listen to Flyhere.

Speaking of songs, Dylan’s favorite song isn’t even in English. Somebody PLEASE find out what song he is talking about. Could be anything from a Gaelic hymn to Pavarotti and Friends. Who knows?!

Next week, the final two episodes will air. And I will cry myself into hibernation until the next season. 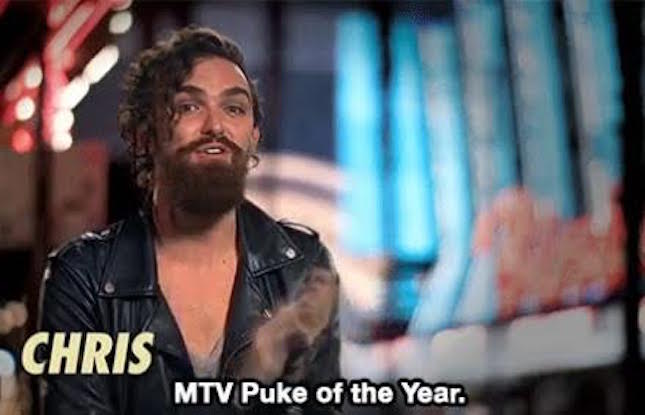