John Banks III, president of the Real Estate Board of New York, said today that his industry group did actually reach a deal with organized labor last year to save the 421a tax credit for developers—but that lawmakers in Albany refused to swallow it. The REBNY head told the crowd at a Crain’s New York panel discussion at the Times Square Sheraton that he and one of the men onstage with him, Building Trades Council president Gary LaBarbera, had come to a consensus on installing new wage floors into the tax break. Last June, Gov. Andrew Cuomo and the State Legislature left REBNY and the Building Trades to forge an understanding on writing prevailing wages into the abatement within six months, or allow it to lapse. The credit, which offered crucial relief from increased tax assessments on new construction, expired in January—but not because the two parties couldn’t agree, Mr. Banks said today. “We actually got to the point where we had a framework that we thought would be able to solve the problem. But that framework didn’t work in the broader political context,” Mr. Banks said. “We got to the point where we had a framework, and we took that framework up to Albany and it didn’t get support, so we couldn’t do a deal.” Real estate industry leaders and unions alike regard 421a as indispensable to the construction of profitable rental housing. Mr. Banks said that the outlined agreement, as long rumored, would have extended both the tax break and prevailing wages to condominium development. This, however, proved unpalatable to lawmakers. “What we had proposed was a framework that would have required a condo option,” he said, blaming public distaste and even disgust with affluence of condo owners and the opulent profits reaped from such developments. “There’s a lot of opposition to the condominiums being, the condominiums being included in the proposal.” The 421a credit had covered condos for decades, but lawmakers weeded homeowners out of the exemption as part of a number of reforms passed last year. The exemption had never contained any prevailing wage rules, but unions launched a massive advertising and lobbying campaign last year to establish such standards. Mr. Cuomo called the idea of reincorporating condos into the credit “political dynamite”  at a press conference in January. Mr. LaBarbera, for his part, floated the notion today of only instating prevailing wages on larger developments in the most fertile sections of the city. “We’re talking about more significant-sized projects, we’re talking about Manhattan, we’re talking about the Brooklyn-Queens waterfront, that’s what we’re talking about. Where the values support the wages,” the union leader said. Mr. Banks appeared to dismiss that idea, however. “Gary has put a number of proposals on the table, and we’re here without a deal, so that should tell you about my feel about the proposals,” he responded. But Mr. Cuomo, a tight ally of the building trades, has declared that he will not sign off on a new incarnation of the credit without Mr. LaBarbera’s approval. Mayor Bill de Blasio’s administration has rejected the idea of prevailing wages, arguing it would lead to 17,000 affordable apartments never getting built. Vicki Been, the commissioner of Mr. de Blasio’s Department of Housing Preservation and Development, indicated that the market is already too slanted in favor of condominiums—and blamed the high profit margins of sale properties for boxing out rental development and increasing the cost of living. “The reason rental prices are so high is condos can outcompete any rental price, because they are subsidized by the mortgage tax deduction, they are subsidized by an unfair and inequitable property tax scheme. So that distorts the market,” Ms. Been said. “We need more housing, period.” 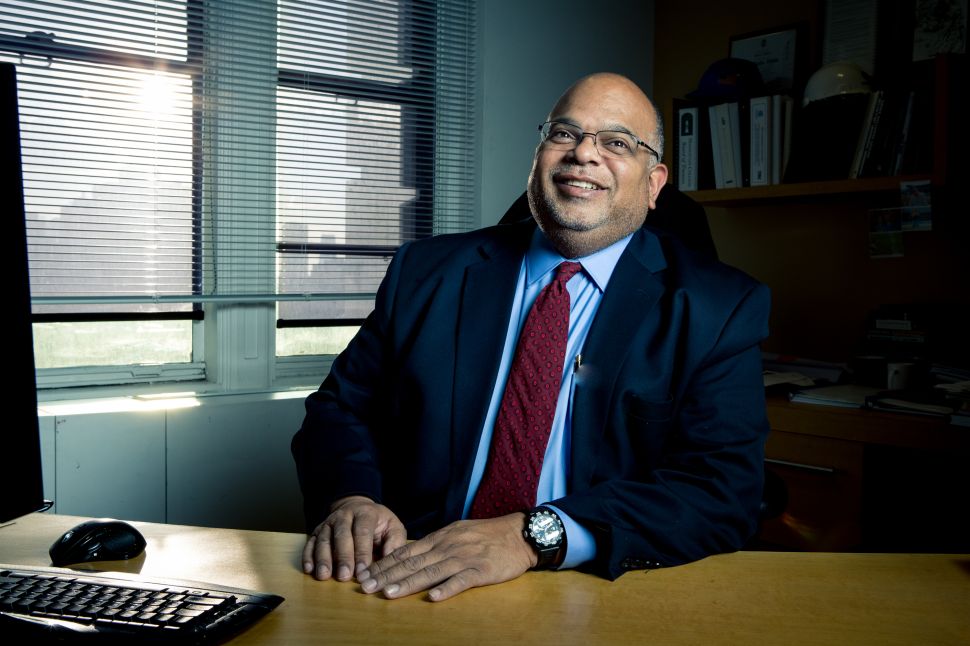