When Rich Cohen writes about the years he spent touring with the Rolling Stones—first for a lengthy profile in Rolling Stone magazine and then co-creating and writing the HBO show Vinyl with Mick Jagger—it’s like he’s reached into my own musical and writing pasts and created a much more interesting and successful version of the careers I’d hoped to achieve in both.

Mr. Cohen was the little brother of a music-obsessed tough guy on the antiseptic shore of Chicago, and so was I. Rich was going to Tipitina’s in New Orleans to see bands like the Long Ryders and Dash Rip Rock; I was opening for them for $50 at clubs like the Ivory Tusk and the Varsity. Rich was writing features for Rolling Stone magazine; I was fact-checking there.

So this is territory I know well. But no one can tell this story, wringing new life even from the leathery faces of mummies like the Rolling Stones, like Rich Cohen. Mr. Cohen’s eight previous excellent books have been wildly diverse, spanning banana magnates to film magnates, tough Jews and Tough Jews. But there’s a common thread: Rich Cohen writes about survivors. Men who will not allow life to grind them down.

At the book party for The Sun & The Moon & The Rolling Stones at Housing Works earlier this month, Mr. Cohen was introduced by the ludicrously prolific rock writer Alan Light. I can’t get Mr. Light to write for the Observer, which is a shame because last week he shared the single greatest Prince artifact that came to light in wake of the rock idol’s death, but he still finds time to chair the good deeds Housing Works is doing and to introduce Mr. Cohen, who described his rock life before reading from the book itself.

He told the 100 or so people gathered that he’d been prepped for Jann Wenner to ask who would be his dream profile and to say something other than the truth because he wouldn’t get his first choice. “Sure enough, Jann said, ‘ what do you wanna write?’ I said, ‘Bob Dylan.’ He assigned me the Rolling Stones.”

The book beautifully details the very meaning of rock n roll – the timeless swagger and the way the imperfections of the Stones – their meter, their faces, even Mick’s accidentally bitten tongue – embody the dangerousness of kid-oriented popular music.

By the time Mr. Cohen meets, befriends and essentially joins the band in the mid 90s for the Voodoo Lounge tour, their artistically productive years are long behind them. He speaks of the “golden run of 4 of the greatest records in history” meaning Beggars Banquet (1968), Let It Bleed (1969), Sticky Fingers (1971) and Exile on Main Street (1972).

Any run of records so great that it that omits 73’s Goats Head Soup is something to behold, but Mr. Cohen makes a powerful case that there were moments of greatness on all of the subsequent records and maybe even another perfect disc with 1978’s Some Girls. They felt the pressure of being passé after one of the Sex Pistols had said the Stones were are done and should get off the stage. According to Mr. Cohen, “Mick was into disco and Keith was into the blues and that dialectic makes Some Girls the last great Rolling Stones record.”

Mr. Cohen also talked about working with Mick Jagger and Martin Scorsese on Vinyl, a show that even more than police and medical procedurals compels everyone (including the Observer) to point out its inconsistencies with unforgiving finger wagging, even as we can’t tear our eyes off it.

“As far as writing … Mick did no ‘typing’ on Vinyl. He set up all the interviews.” But Mick contributed more than rock n roll’s greatest Rolodex. He also knocked the serious journalist persona of Mr. Cohen down a peg. “The key was him looking at what I was getting and saying, ‘Wait, these experiences were funny – we were laughing all the time.'”

Some of Mr. Cohen’s sharpest insights come when reflecting on the supernatural chemistry between Mick and Keith, which has lasted more than 50 years and still forms the core of the group’s allure.

“I talked to Mick after LIFE [Keith’s memoir, which contains unflinching and unflattering portrayals of the singer] and said, ‘How can you stand next to him?’ Mick told me, ‘He was on heroin.’ And that was it. They were like a gang and Butch and Sundance kind of hate each other’s guts and that tension existed from the very beginning.”

There have been dozens, possibly hundreds of books written about the Rolling Stones, as Mr. Cohen acknowledges while trying to scale the same mountain. What’s different here is not just the “I was there” quality, because there are plenty of those, as well, including a very funny one by early days flatmate James Phelge. The difference here is the writer’s lens – Phelge earned his spot in rock n roll history by vomiting down stairs with Brian Jones, but Cohen earns something much rarer in the well-trod “my life with rock band x” genre: book-jacket valentines from Richard Price and Ian Frazier. It is shocking that a band Mr. Cohen covered in twilight is still performing more than 20 years later. Just like a surprisingly perfect song on a late Stones record (“Beast of Burden,” anybody?), this look at the sun setting on the greatest rock band ever is just another moonlight mile. 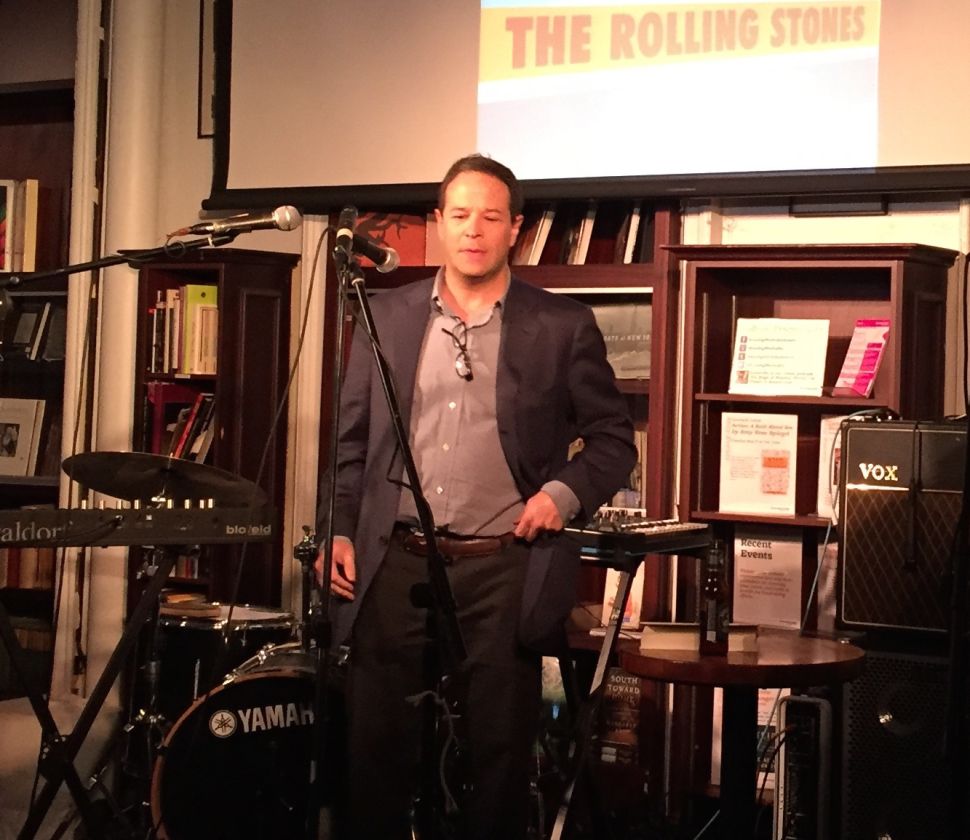