There is a new frozen treat on the market in Russia. The Krasnoyarsk Chocolate factory “Slavnitsa” just announced a new addition to its current line of confections. Out of the factory’s branch in Naberezhniye Chelny, a dark chocolate ice cream bar has been named “Obamka,” or “Little Obama” in Russian.

“This ice cream was produced in response to the current political situation in the world, with the imminent departure of President Barack Obama,” the factory said in a statement to the press.

The ice cream’s blue foil packaging features an image from the popular Soviet cartoon about an island called “Chunga-Changa”—a magical, happy place with “unlimited” fun, where life is easy and everybody eats bananas and coconuts. On the wrapper, a dark-skinned boy with a gold hoop in his ear smiles, holding an oversized ice cream bar.

The Observer has covered Russian anti-Obama campaigns in the past. 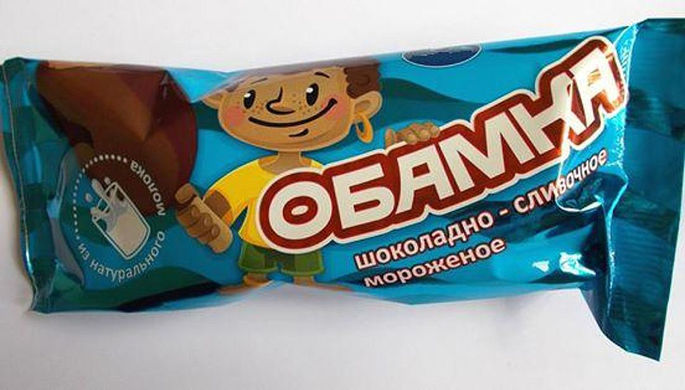