When the John C. Kelley mansion, at 247 Hancock Street, was listed in October 2014, the market was surging and it seemed a distinct, if not particularly likely possibility that the Victorian mansion might actually get its asking price of $6 million. Of course, the close-following sale of a townhouse on Gates Avenue for a record-breaking $3 million seemed as much a bad omen as a good one (the market was going up, but…?). But then, a lot of properties were asking more than they should, more than anything had sold for before, and more than anything would sell for, as it turned out.

Unsurprisingly, there have been no takers for the mansion, as a recent article in the Brooklyn Eagle pointed out. At least not any willing to fork over $6 million, though the owner allegedly turned down slightly over-market offers from developers keen to demolish the house before the area where it sits was landmarked.

Sure, there was some interest—there’s generally always is. Especially with properties that are neighborhood knockouts. The renovation is masterful and not at all annoyingly nouveau. The house is undeniably lovely. It clearly makes for a great events space. Michelle Williams was maybe even interested at one point! She had the money—having sold her Boerum Hill townhouse for $8.8 million in December 2014. Which, fair enough, a lot of people thought was insane for Boerum Hill. In any event, she opted instead for a $2.45 million Ditmas Park mansion.

The broker claims that the property was really very nearly sold to a Russian magnate who, for whatever reason, never bothered to sign the $6 million contract. There was also someone interested in turning the property into a bed & breakfast, but not willing to put up with the hassle of changing the building’s certificate of occupancy back to single family, as is required. And there’s now an “overseas artist” with $6 million to spare who is “very interested.” We suspect there might be more interest if the price were more reflective of our er…current real estate times.

The luxury market in Brooklyn has, thus far, fared better than Manhattan’s. Which likely owes much to the comparatively lower sales prices in the borough, but that doesn’t make it immune from larger economic shifts. Or likely for a property to best the current neighborhood record by a factor of two during a distinct market cooling.

It’s a lesson that the sellers of Manhattan’s priciest properties have reluctantly, though increasingly, absorbed. The developer of Soho’s Sullivan House is slicing the $45 million penthouse in two—one will now run $29.5 million and the other $11 million, according to Bloomberg.  The Pierre Penthouse, meanwhile, that apex of the overheated super-prime market, dropped its asking price from a one-time high of $125 million to $63 million in January. And Extell is offloading its excess One57 product—the tower that was the poster child for post-recession ultra-luxury—at a deep discount.

Perhaps there really is an eager buyer waiting in the wings for 247 Hancock. Maybe old Brooklyn Heights apartment buildings can find buyers willing to pay $18 million and $22 million for a ton of square footage that they can convert to single-family mansions. But serious sellers might do well to follow the example of their Manhattan counterparts, who realized that they wouldn’t be getting the fever dream asking prices of 2012, ’13 and ’14. Or at least they might consider the telling case of 17 Prospect Park West, the deliriously optimistic Park Slope school that once asked for $25 grand but ultimately settled for a more modest $9.5 million. 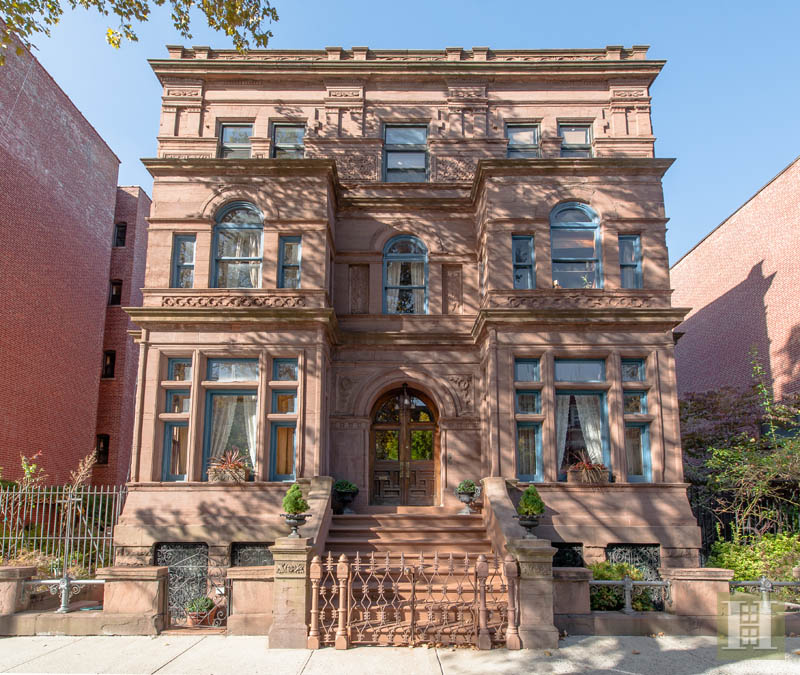