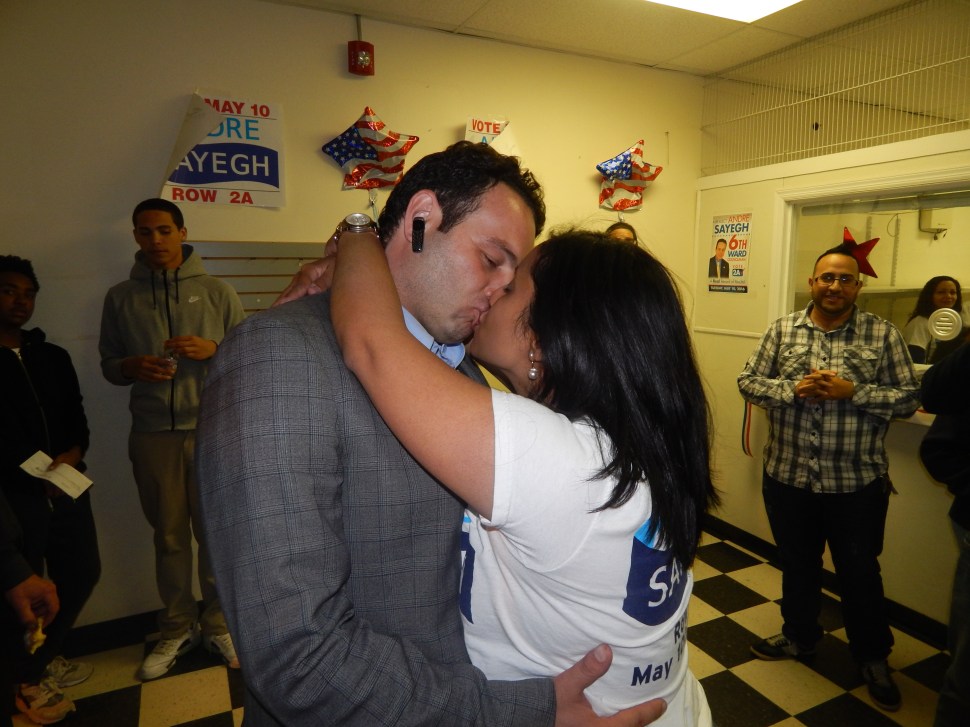 Sayegh and his wife celebrate at campaign headquarters.

Early totals showed Sayegh crushing his rival in a handful of districts to offset Abdel-Aziz’s VBM advantages for about a 350-400 vote margin of victory.

“Thank you, everyone. I hope you enjoyed the experience,” Sayegh told an army of young paid canvassers at his headquarters here on 21st Avenue.

It was a sweaty election for Sayegh, who showed visible signs earlier today of having his back to the wall under the pressure of Mayor Jose “Joey” Torres, who wanted his bitter nemesis eradicated from the local political landscape.

In the end, Sayegh prevailed. 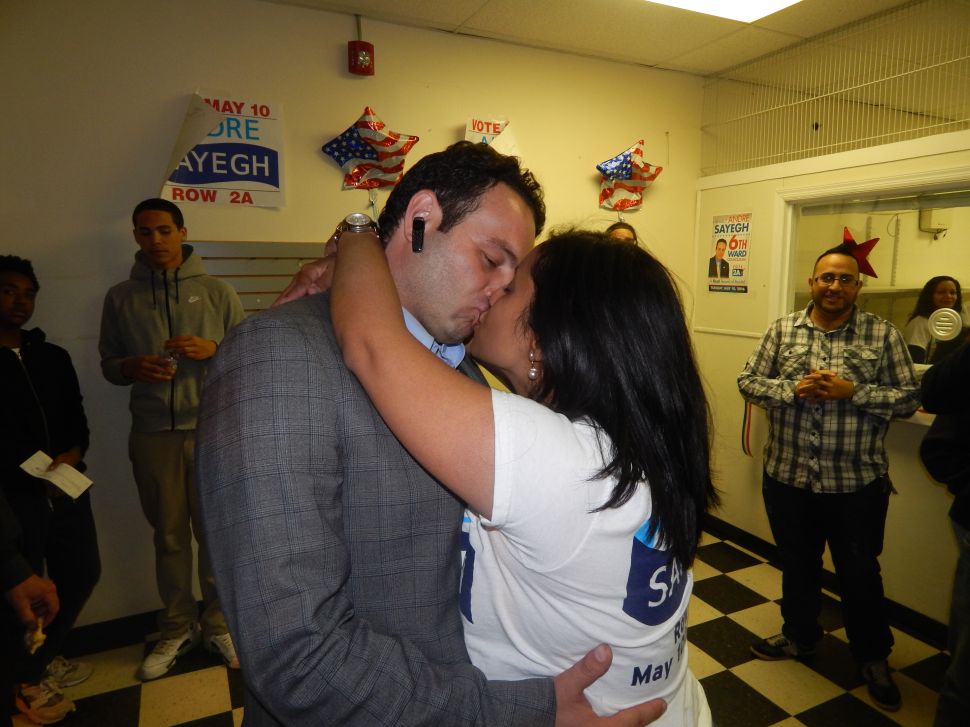