Shakespeare Downtown, Manhattan’s newest free outdoor theater company, will kick off its inaugural season next week with Romeo and Juliet.

The troupe will perform an abbreviated 105-minute version of the play on Tuesdays through Saturdays from June 7 through 25 at 6:30 at Castle Clinton National Monument in Battery Park, with seating for 200 people.

“Audience members will be able to experience the plays how they were originally done at Shakespeare’s Globe Theatre over 400 years ago—in the open air, in the round, on the ,” the company website reads.

Shakespeare Downtown is the brainchild of a husband-and-wife team, director Geoffrey Horne and artistic director Billie Andersson. Mr. Horne studied with Lee Strasberg at the Actor’s Studio before appearing on TV shows like The Twilight Zone and in movies like The Bridge on the River Kwai. Ms. Andersson studied with Willam Esper before appearing on As the World Turns and Boardwalk Empire.

“We love lower Manhattan and wanted to bring something to the community,” Ms. Andersson told the Observer.

Indeed, the company’s home base is the Lee Strasberg Theatre and Film Institute near Union Square—the troupe performed Romeo, along with several other plays by Shakespeare and others, there before making the move outdoors.

It has taken nearly three years for Shakespeare Downtown to get all the necessary permits to perform at Castle Clinton, including nonprofit status and permission from the National Park Service—in fact, the troupe just received final approval from the city last week.

Ms. Andersson said she was proud to be joining in the city’s outdoor theater tradition, and insisted there was no competition between her troupe and the wildly popular Shakespeare in the Park, which was founded by the late Joseph Papp.

“Joe Papp was so inspiring,” Ms. Andersson said. “I loved him and would never try to compete with him. People should go see Shakespeare in the Park, and then go see us.” 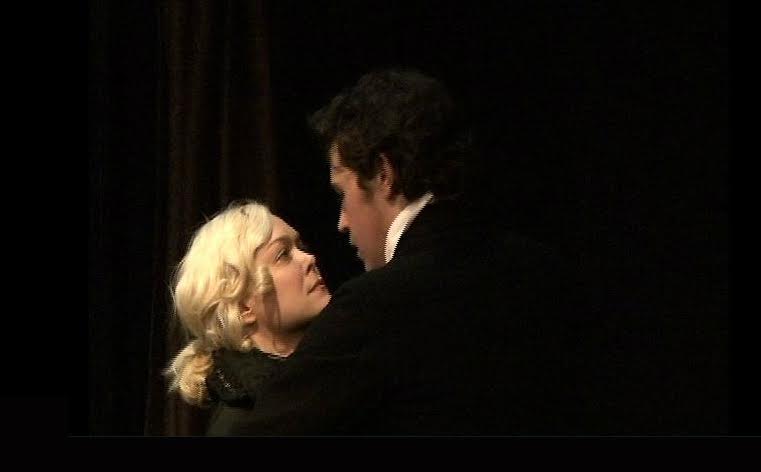