George Will may well be America’s most respected conservative columnist, and in a recent column titled “If Trump is nominated GOP must keep him out of the White House” he stated that the best case outcome for Republicans and conservatives would be if Mr. Trump loses 50 states to Hillary Clinton in November.

Mr. Will went even further. He referred to Mr. Trump as “the most anti-conservative” presidential aspirant in the history of the Republican party and compared any conservatives and Republicans who support him to “Quislings” and “collaborationists.” Those are Mr. Will’s words, not mine.

Some of America’s most senior and highest ranking retired military officers, who are more often than not conservative and who more often than not stay out of national politics, have begun to publicly express their concern and alarm at the prospect of Mr. Trump as commander in chief of the American military.

Retired four star Air Force General Michael Hayden, who also served under President George W. Bush as head of the NSA and CIA, has strongly condemned Mr. Trump for advocating torture and publicly stated that he and officers under his command—if they were still serving—would refuse to obey a direct order from a President Trump because he believes it would be illegal under American and international law for Mr. Trump to issue this order and for troops to obey it.

Conservative Bill Kristol, editor in chief of the Weekly Standard, recently tweeted: “If you’re for Trump you functionally are for a man unfit to be president, and for the degradation of [American] conservatism. The battle for the 2016 GOP nomination is over. The battle for the soul of the Republican Party (or its successor) has just begun.” Again these are Mr. Kristol’s words, not mine.

With Mr. Trump now the uncontested Republican nominee for president the next stage of Campaign 2016 will be a heightened level of scrutiny worthy of a potential commander in chief that will be accompanied by heightened and more public expressions of concern and opposition to his candidacy from an ever-growing number of prominent Republicans and conservatives.

My guess is that the largest single group of Republicans and conservatives who are horrified by the prospect of a Trump nomination, who also share a strong disdain for Ms. Clinton, will take no formal endorsement position on the election but will let it be publicly known that they intend to vote for Ms. Clinton over Mr. Trump while they strongly support Republicans running for the House and Senate in November.

The most recent example of the intense concern about Mr. Trump from leading Republicans and conservatives was his suggestion, shortly before the Indiana primary, that the father of his opponent Ted Cruz had some ties to Lee Harvey Oswald and the Kennedy assassination.

When Mr. Trump offered this ludicrous innuendo about the father of Mr. Cruz, and sited the National Enquirer as a reliable source for this allegation, it powerfully reinforced the sense throughout the upper strata of senior Republicans and respected conservatives that Mr. Trump should not be president and commander in chief and that his nomination creates grave risks for Republicans running at all levels in 2016—who will be forced on a daily and even hourly basis to agree with or denounce Mr. Trump’s daily public statements.

Privately and increasingly publicly, there is a virtually unanimous view among leading Republican strategists that with a Trump nomination Democrats would have very strong odds of regaining control of the U.S. Senate and making a potentially serious run to regain control of the House of Representatives.

As this column goes to press the latest controversy surrounding Mr. Trump, who has argued that American workers are overpaid, is that he is now hinting that he may support an increase in the minimum wage, which he previously opposed. While liberal Democrats including myself would welcome any candidate supporting an increase in the minimum wage, conservative Republicans, who strongly question the degree of Mr. Trump’s conservatism and in Mr. Will’s case view Mr. Trump as anathema to conservative values and principles, will be horrified at this potentially radical change of direction.

Following the repeated and strong public warnings about Mr. Trump from respected GOP opinion writers such as Michael Gerson of The Washington Post and David Brooks of The New York Times, the vehement public denunciation of Mr. Trump by Mr. Will, which can fairly be described as a political and ideological declaration of war, was a seminal moment in the campaign. 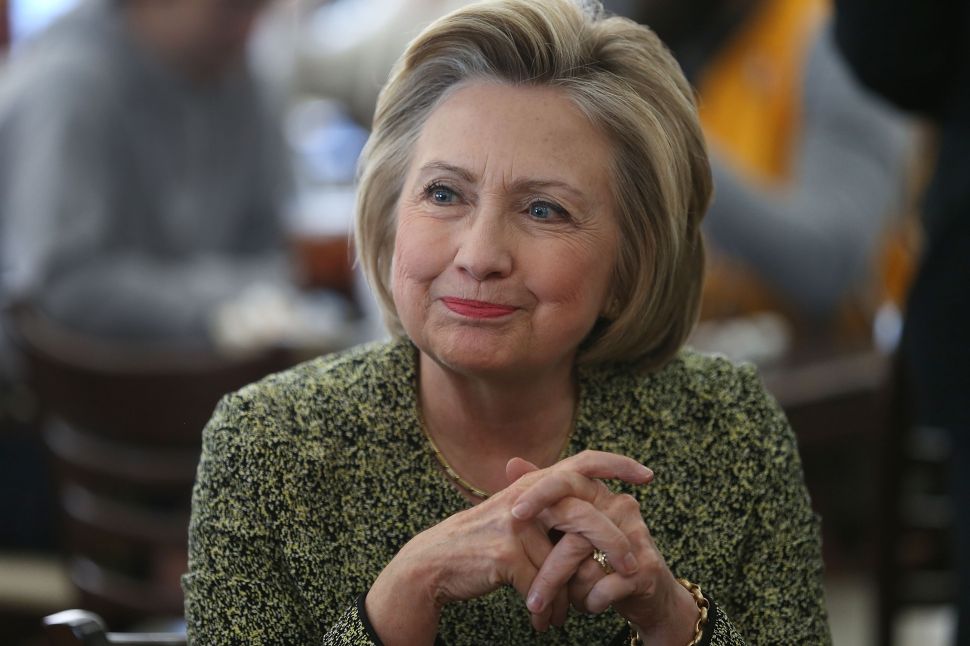