A member of an all-male (or all-female) club at Harvard? Because if you belong to the Porcellian (as did Teddy Roosevelt), or the Fly (FDR), or the Spee (JFK), or one of the other three all-male “final clubs,” you might not be allowed to be captain of a Harvard sports team or be eligible to receive the University’s required recommendation for a fellowship such as a Rhodes or Marshall Scholar. That is the proposed censure by Harvard’s dean of the college, Rakesh Khurana, and approved by Harvard’s president, Drew Faust. The targets of their rage are single-sex clubs that have been a staple of Harvard for 225 years.

The dean believes that single-sex clubs hold “deeply misogynistic attitudes” and contribute to an unsafe sexual environment. So Mr. Khurana and Ms. Faust’s solution is to require the clubs to open membership to the opposite sex—or else. Interestingly, none of the final clubs—or their younger all-female counterparts—are on campus or receive any university funding. So the University’s (over) reach seems to us not only legally problematic, but fraught with sophomoric logical gaps.

What comes next? Will men who wish to join the priesthood be forbidden from running for student government because the Catholic Church doesn’t accept women as priests? Will Orthodox Talmudic study groups be a bar to the debate club vice presidency? Would joining 100 Black Men or the Vienna Boys’ Choir be verboten?

Will students applying for a Rhodes scholarship be asked, “Are you now or have you ever been a member of a single-sex organization?” Will students be allowed to plead the Fifth? Can they say, “None of your goddamn business!”

On the flip side, will the dean’s office countenance membership in the Nazi Party, the Communist Party, the KKK or the Flat Earth Society? But this is nothing to be glib about. There are serious problems on many college campuses with excessive drinking, sexual assault and intolerance. The unspoken issue at Harvard may be the perpetuation of elitist institutions.

As a recent female grad observed, “This isn’t really about sex, it’s about exclusivity.” Ms. Faust and Mr. Khurana seem to be part of the culture of resentment, and Ms. Faust has spoken explicitly of her rejection of the Southern values she grew up with. (Ms. Faust attended Bryn Mawr—all female then and now.) Mr. Khurana has expressed his aversion to single-sex organizations—despite their ubiquity. Single-sex organizations have existed at all times and places, and they exist in the real world today.

Samuel Eliot Morison, who was a professor of history at Harvard for 40 years and whom FDR made a rear admiral in order to give him unfettered access to write the official history of the Navy in World War II, wrote an essay on the final clubs that was published in a club directory in 1965: “Great Society indeed! What this country needs is more small societies.” He went on to praise the final clubs: “For [Harvard students], education is not merely book learning but a decent place to dine at a table, not off a tray; a place where one can talk, drink, read or just sit around with friends.” Basically, a place to learn good manners.

We urge Harvard not to abandon that lost virtue in the quest for political correctness. 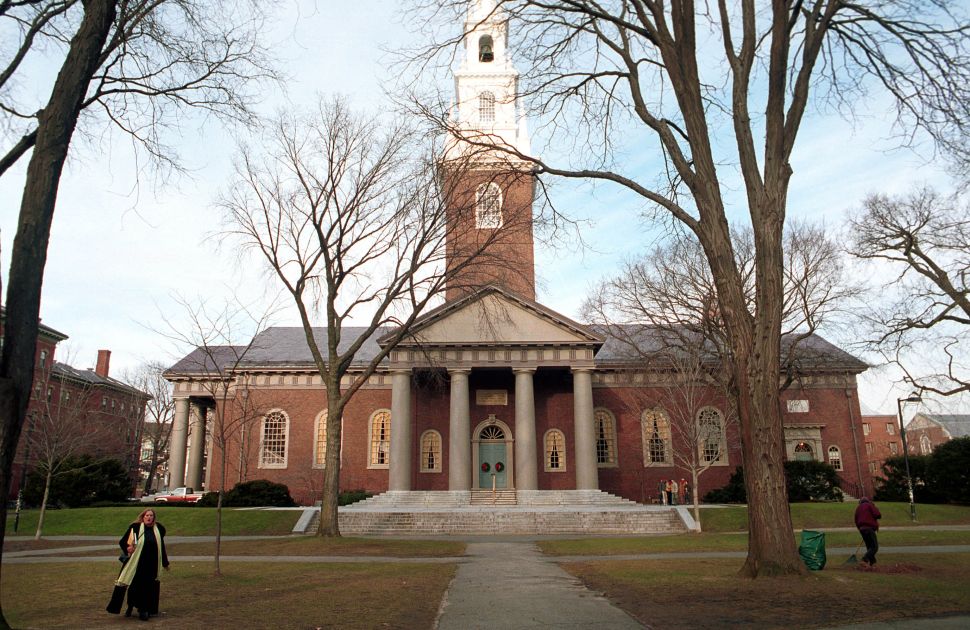