The State Department’s Office of the Inspector General’s (OIG) report focusing on former Secretary of State Hillary Clinton’s calculated disregard for federal information retention laws not only excoriates Ms. Clinton and her staff for operating an illegal, rogue communications system and failing to retain legally-mandated government records, but thoroughly scotches several claims of innocence Ms. Clinton has made since evidence revealing her dishonesty began to appear in early 2015.

The OIG report gives the lie to Ms. Clinton’s contention that she had permission to operate her own private email system. She didn’t—she lied to the world.

“According to the current CIO and Assistant Secretary for Diplomatic Security, Secretary Clinton had an obligation to discuss using her personal email account to conduct official business with their offices, who in turn would have attempted to provide her with approved and secured means that met her business needs. However, according to these officials, DS and IRM did not—and would not—approve her exclusive reliance on a personal email account to conduct Department business, because of the restrictions in the FAM and the security risks in doing so.”

Here’s a short gazetteer for elite media interns who don’t have the time to read icky detailed documents that might interfere with Hillary Clinton’s presidential campaign:

Ms. Clinton lied when she told the American people she had permission to operate a private email system. She didn’t and she never sought permission. She tried to hide her personal server system because its entire purpose was evasion—evading federal record retention laws that promote government accountability and transparency.

As for her claim that previous Secretaries of State did the same thing? The report doesn’t find any indication that Madeleine Albright and Condi Rice made more than incidental use of personal email for government business. However, it does slam Colin Powell—hard. Mr. Powell used a laptop to access a personal email account and used that account to send business-related mail. However, the State Department’s “technology and information security policies were very fluid during Secretary Powell’s tenure and that the Department was not aware at the time of the magnitude of the security risks associated with information technology” (from document page 36).

Mr. Powell never made his use of a private account secret and he never tried to hide anything. Everyone knew why he used his private email address. He did fail to retain records; a lot of his private email is lost. But there is a major difference between Colin Powell and Hillary Clinton: there is no indication Mr. Powell routinely passed highly classified information through personal email. Investigators found two Powell emails with information that was later classified.

Mr. Powell also cooperated with the OIG and gave a personal interview to investigators. So did two other previous Secretaries of State, Madeleine Albright and Condoleezza Rice. Hillary Clinton? Why, no, she and her major subordinates refused requests for interviews. (See footnote 152, document page 38: “Secretary Clinton declined OIG’s request for an interview.” Yet Ms. Clinton told Planet Earth she would cooperate with investigators.)

Ms. Clinton has also maintained that her server was secure. See document page 40 and read footnote 159:

The footnote directly implicates Ms. Clinton in another lie: “In another incident occurring on May 13, 2011, two of Secretary Clinton’s immediate staff discussed via email the Secretary’s concern that someone was “hacking into her email” after she received an email with a suspicious link.”

Was that Guccifer, the Romanian hacker now cooperating with the FBI?

When this scandal broke one of my biggest worries was the possibility that Ms. Clinton’s reckless, criminal disrespect for protecting classified information may have provided American enemies and adversaries with classified operational information.

A story broke this week that illustrates my concern.

Bill Johnson, who for two years served as a State Department political adviser at U.S. PACOM (Pacific Command), told Newsweek Ms. Clinton’s “sloppy communications (procedures) with her senior staff” may have blown a counter-terror operation. “May have” is a huge caveat. However, Mr. Johnson notes that during a visit to PACOM headquarters in Hawaii, Ms. Clinton and her staff received a “heads up” briefing covering an on-going operation. Ms. Clinton and her staff refused to use secure communications to contact and alert key State Department personnel. Instead, they went outdoors (outside the secure facility) and used non-secure personal phones. The operation failed. Mr. Johnson admits he isn’t certain, but suspects Ms. Clinton’s “loose” communication security procedures exposed the operation.

I carried a Top Secret clearance for over three decades. I understand the system we have in place to protect national security information. The system has excesses and inadequacies, but there are common sense procedures for dealing with mistakes, excesses and inadequacies. I respect the system’s purpose because I know the stakes. The system exists for a reason: the world is a dangerous place. Freedom is precious and fragile. Defending America—which still means defending freedom, and I’ll take on anyone who disagrees—requires keeping secrets.

Austin Bay is a contributing editor at StrategyPage.com and adjunct professor at the University of Texas in Austin. His most recent book is a biography of Kemal Ataturk(Macmillan 2011). Mr. Bay is a retired U.S. Army Reserve colonel and Iraq veteran. He has a PhD in Comparative Literature from Columbia University. 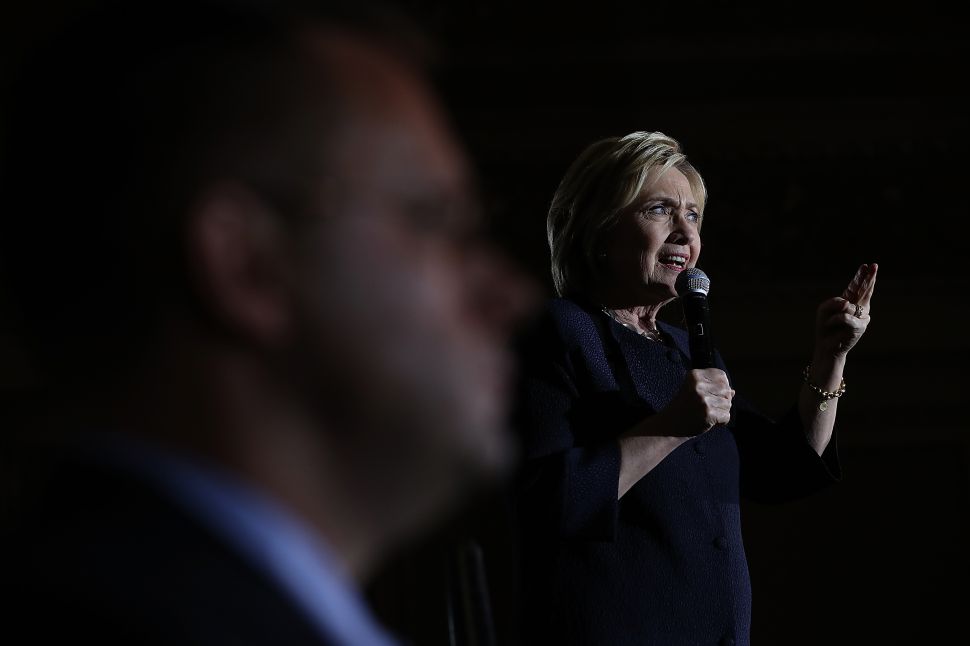