According to a release from the firm, Soliman is the 10th partner and works out of the firm’s New Jersey and Washington, D.C. offices.

“Michael Soliman has been a fixture in New Jersey and Washington politics for the last decade, and he has quickly made a name for himself in the private sector since joining Mercury,” said Mike DuHaime, partner at Mercury. “Michael’s extensive relationships on both sides of the political aisle and knowledge of state and federal government have made him an integral member of our firm and a trusted adviser to our clients. He is an invaluable resource at Mercury who will continue to expand our business.”

Soliman joined Mercury as Managing Director in 2013. He is a senior strategist to U.S. Senator Robert Menendez and served as a key political adviser to U.S. Senator Cory Booker during his 2014 re-election campaign, and provides strategic advice to other high profile New Jersey elected officials. Prior to joining Mercury, Soliman served as Menendez’s state director and chief of staff in New Jersey as well as campaign manager to Menendez’s successful 2012 re-election campaign.

“I am honored to serve as a partner at a firm like Mercury,” said Soliman. “Over the last three years, Mercury has continued to bring in new, exceptional talent from across the globe that has helped build this firm into an international brand. I look forward to continuing to grow with Mercury and its extraordinary team to help our clients achieve success.”

Soliman currently resides in Hawthorne, NJ with his wife Karen. 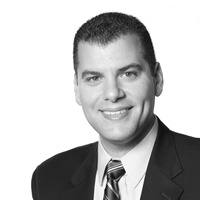