TRENTON – Assemblywoman Eliana Pintor Marin of Newark left the Statehouse prior to the vote on the Atlantic City bill.

A source said it was a mother-daughter event.

Speaker Vincent Prieto was counting on Pintor Marin to get his legislation passed, but a source said the assemblywoman had to leave and had told the speaker as early as Monday that she only had a limited amount of time to be in Trenton today.

The 29th District assemblywoman’s departure occurred as Assemblyman John Wisniewski (D-19) appeared in the caucus and Prieto struggled to find loose change bodies to tack toward a 41-vote majority. 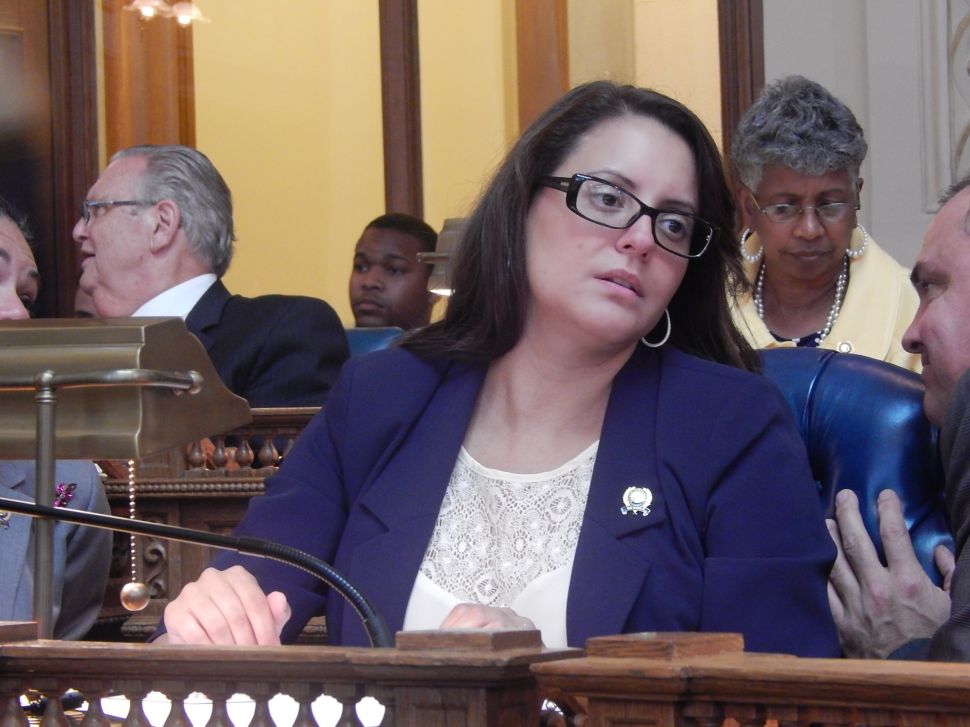