Art is supposed to challenge us and our assumptions. It’s also a commodity. As such, many artists have problematized—to use a very MFA word—their relationship to their patrons, the art business, their corporate sponsors and commerce in general through their art works.

I’m not sure Sean Raspet is one of them. One of his pieces fills gallery Societe Berlin’s booth at the Frieze New York art fair. It’s a series of unadorned refrigerators filled with boxes and bottles of the meal replacement beverage Soylent, and they’re free to anyone who stops by and wants some.

“Is this a project or a promotion?” I ask. “Both,” chirped a Soylent employee. Way to challenge my notions of promotion… Wait, no. I’m not sure that happened. I just got a free souped up almond milk. (Soylent is vegan, despite the very un-vegan provenance of the name.)

When he’s not making art, Mr. Raspet works for the ersatz meal firm.

“He’s designed a few flavors,” said John, the employee who was working the booth when we stopped by on Wednesday, of the artist. A spokesperson for Soylent later confirmed that the artist is a full-time employee who holds the title “flavor specialist.”

So, wait—his art is just the product he is already paid to produce? Not sure there are many—or any?—layers of commentary there.

“It’s kind of a trade show as art,” John said. But… I’m not sure it has changed my perception of trade shows, either. In fact, I’ve been to some more compelling than this exhibit. And those were about commercial real estate.

The promotional aspect is solid, though. Soylent is reaching some monied early adopters here at Frieze, for sure.

“We’d love to be accepted by the art community,” said John, who didn’t give his last name, of his firm. “A lot of artists drink Soylent,” because it’s easy to keep around and pound when you’re working in your studio till 4 a.m. Ok, sure. “There are people who live off [Soylent] entirely,” John added. “But we don’t encourage that.” 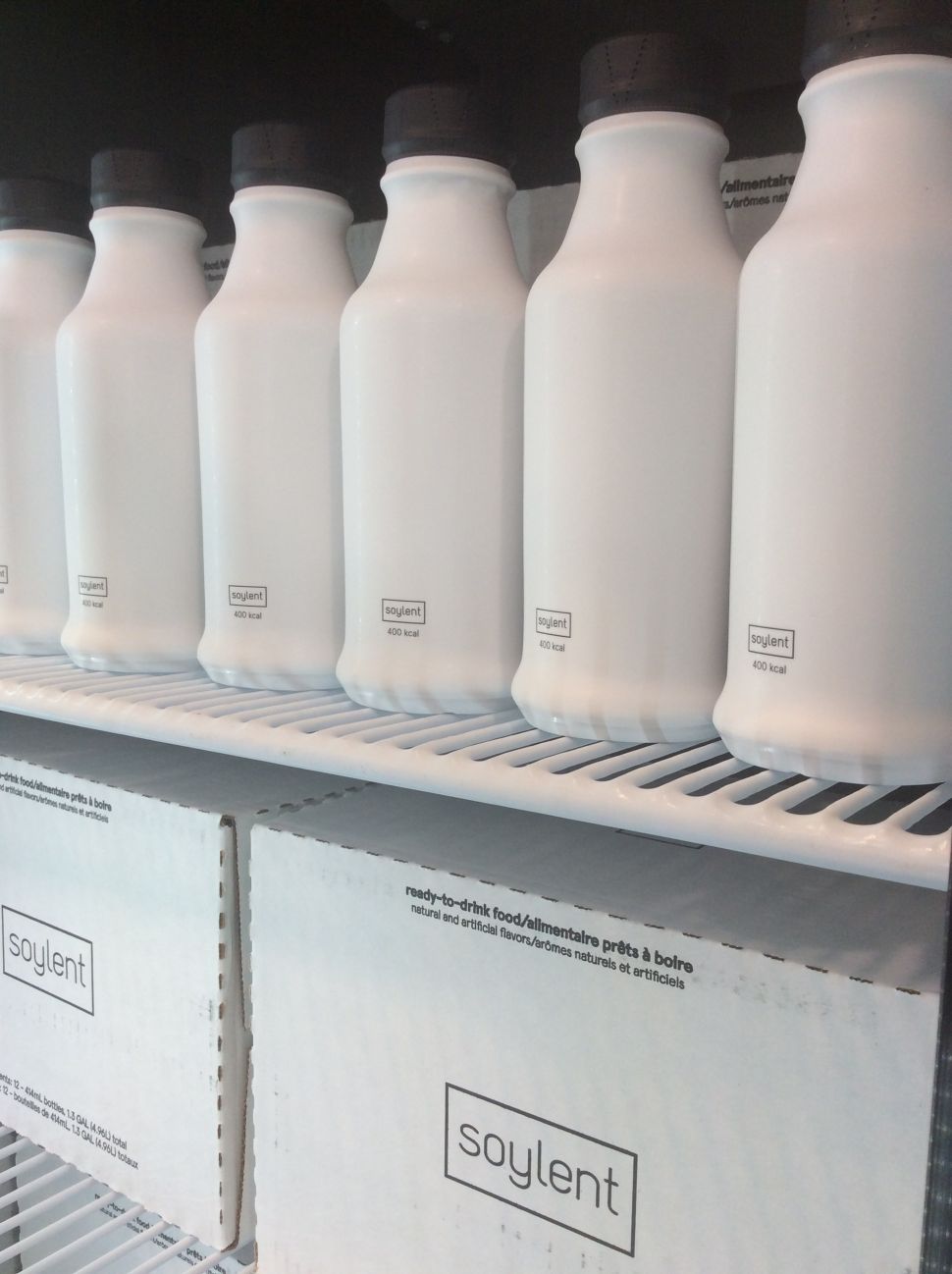