Cape Canaveral, Florida—SpaceX along with its intrepid CEO Elon Musk are in the business of providing launches and landings—and making history while doing so. The California-based firm will hopefully add another tally to their impressive record this Friday with the launch of the Falcon 9 rocket from Cape Canaveral Air Force Station.

Since being founded by Musk in 2002 with a mission to make space more accessible, SpaceX has earned their spot as the leading innovator among an increasingly crowded commercial space industry. The company used their Dragon capsule to become the first non-government firm to dock a vehicle with the space station, they were the first to return a rocket to solid ground following a mission, and the first to do so at sea when the first-stage of the Falcon 9 came in for a spectacular landing on the company’s drone ship in April.

Now, a month later, SpaceX has a pretty standard mission to complete. They will deliver a Japanese communications satellite, JCSAT-14, to a distant elliptical orbit commonly referred to as Geosynchronous Transfer Orbit. As expected, SpaceX will attempt to bring home the first-stage of the rocket a few minutes after its scheduled departure time of 1:21 AM EST (the launch window is open for 2 hours).

Elon Musk wants to streamline SpaceX’s landing procedures at sea because he expects almost 75% of future landings to be there—either off the coast of California or Florida. For the JCSAT-14 mission, an attempt will be made to land the Falcon 9 on the “Of Course I Still Love You” autonomous drone ship but chances of success this time around are very, very slim. “The first-stage of the rocket will be subject to extreme velocities and re-entry heating,” said SpaceX. “Making a successful landing unlikely.”

Geosynchronous orbit, at its highest point, can be close to 22,000 miles above the Earth’s surface and to get there, the Falcon 9 will need to travel much further and use far more fuel than it usually does when launching missions to low-Earth orbit. This leaves very little fuel for the first-stage to smoothly navigate back to Earth and from that distance, the Falcon 9 will be coming in fast and hot.

For example, last month’s historic landing on the drone ship followed a launch to resupply the International Space Station which orbits the Earth at a distance of about 249 miles—a dramatic difference in destination from Friday’s mission.

Heads up! 360 degree camera view of landing on the droneship https://t.co/0VNR3gvN7X

According to Musk, the reusable rocket is humanity’s ticket to Mars—due to the costs that will be slashed when SpaceX and the rest of the aerospace industry eventually discontinues one-time use rockets. For this reason, attempts to bring home the Falcon 9 will always be made regardless of the chances of success.

Even if the rocket exploded on impact early Friday, that data will be valuable as the company evolves and starts venturing out deeper into space—where Musk’s vision of the reusable rocket will have to accommodate the high return velocities associated with those distances. If by some miracle, the Falcon 9 lands safely, history will be made again.

You can watch a live stream of the launch from Cape Canaveral here: 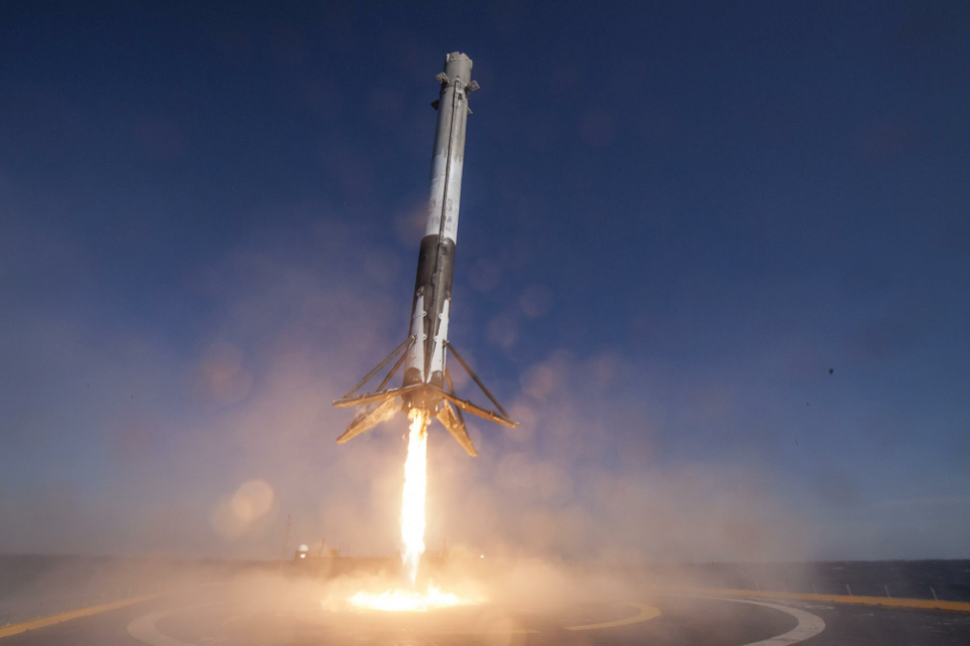