That long kicked around rumor about Assemblywoman L. Grace Spencer (D-29) departing the legislature for a judgeship appears now to be on a fast track to fruition.

Spencer’s departure and its implications for LD29, coupled with a developing gubernatorial drama, open up a multitude of 2017 considerations.

Although Essex County Democratic Committee Chairman Leroy Jones has consistently maintained his position that Essex County will unite behind one Democratic candidate for governor next year, insiders have their doubts.

Given his longstanding ties to South Jersey Democratic Leader George Norcross III, powerful Essex County Executive Joe DiVincenzo appears most inclined to back Senate President Steve Sweeney among those candidates formally poised to run statewide. Conversely, big city Newark Mayor Ras Baraka appears all but locked in to support Jersey City Mayor Steven Fulop for governor. Earlier this month, Baraka welcomed the mayor to Brick City under a banner that identified Fulop as New Jersey’s next governor. Jones, of course, wants to rectify that brewing political conflict at the heart of his county. But neither Fulop nor Sweeney appears to offer substantial compensation or persuasion to the other side. Sweeney childhood chum Norcross tried to prevent Baraka from becoming mayor, while Fulop and Norcross sparred publicly in a way that suggests they won’t end up on the same team come 2017.

Jones will likely try to use Spencer’s assembly seat to placate Baraka.

The mayor will be given the opportunity to select his own person for that seat in exchange for endorsing the Essex County choice for governor. Baraka allies two years ago floated the name of Alturrick Kenney as a potential replacement for Spencer. Maybe Kenney’s time has come. But Essex does not endorse Fulop for governor, it is unlikely that Baraka would assent to Jones’s offer. Perhaps Jones would offer the mayor the choice of two assembly seats. But again, short of Essex endorsing Fulop, it is difficult to picture the mayor taking that deal.

What’s more likely is Baraka putting up a slate off off-the-line challengers who will run underneath Fulop in a Democratic Primary.

Put up to challenge the DiVincenzo-backed state Senator M. Teresa Ruiz (D-29) ticket, that slate might be composed of some combination of Kenney, Councilman Pat Council, and At-Large Councilman Luis Quintana.

Quintana ran for the senate seat in 2007 and lost to Ruiz.

If he offers himself again as a candidate he is likely to find himself the central figure in a giant taffy pull, with Baraka and Fulop tugging on one sleeve, and state Senator Dick Codey and gubernatorial candidate Phil Murphy tugging on in the other.

Quintana, it should be noted, was present last week at Michele Adubato’s Night of Hope event in the North Ward, where Sweeney and Ruiz occupied the most visible thrones of power at the head of the tent. There is competing insider speculation about where Ruiz will go next year, with arguments for her ascent to the senate presidency checked by others that place her in the lieutenant governor’s chair on a ticket with Sweeney.

If Sweeney prevails in the Democratic Primary and opts for Ruiz to join him on a statewide ticket, look for North Ward Councilman Anibal Ramos to occupy the 29th District Senate seat. 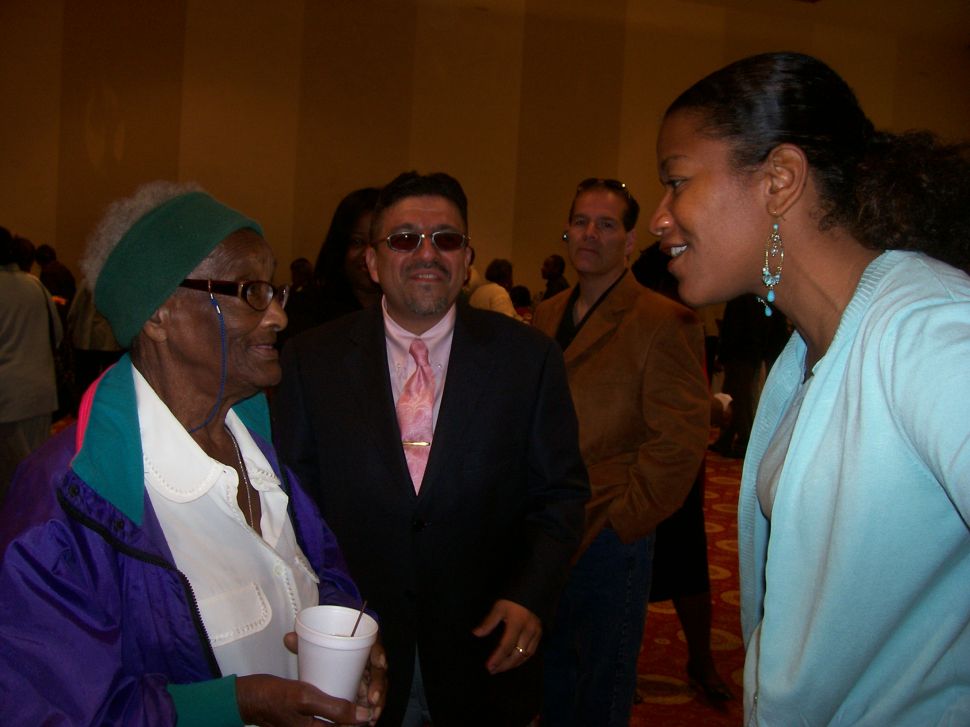