The Deaf West Theatre revival of Spring Awakening was one of the most critically acclaimed shows of the Broadway season. It utilized both deaf and hearing performers (including Ali Stroker, the first actress to appear on Broadway in a wheelchair) to tell a story of sexual exploration among German adolescents.

The show, which closed in January, used Kickstarter to help fund its original Los Angeles production before coming to Broadway. And now that it’s nominated for the Tony for Best Revival of a Musical, it’s turning to the crowdfunding community again.

Today Deaf West launched a Kickstarter campaign to raise money for a Tony performance. The theater is asking for $200,000—and as it reminds users in its pitch, “with Kickstarter’s rules we either raise all $200,000 or we get nothing!”

The money raised would be used to fly the Spring Awakening cast back to New York (since the show closed, the actors are spread all around the country). It would also go toward getting costumes, instruments and props out of storage, paying for rehearsal space and of course performing on the Tony telecast itself.

Bonus: Since Deaf West is a 501(c)(3) charity organization, all donations are tax deductible.

The campaign has raised $7,300 thus far. It’s scheduled to run through June 11, but since the Tony Awards are June 12 Deaf West wants it sewn up well before then. As such, the pitch ends with a direct appeal to the “Guilty Ones” (Spring Awakening fans).

“It’s an expensive process, and we can’t do it without you,” the pitch reads. “Please donate to help show the world that Spring Awakening is #NotGone.”

Some on social media have criticized the campaign, saying that since the Broadway production was for profit, producer Ken Davenport should foot the bill for a performance:

Can Ken Davenport crowdfund my student debt? I'm also a 501c3 or at least as much as a commercial Broadway production is (meaning not.)

By all means, donate to Deaf West. Do not donate to that BS Kickstarter.

The Spring Awakening Kickstarter is really disingenuous. Something stinks, it ain't right… Ya'll getting scammed.

@kendavenport @DeafWest @SpringBway this makes no damn sense. Rehearsals, travel, design must be done now, not day of, this is dirty

In a blog post, Mr. Davenport said he and his partners don’t have $200,000 to spend on a Tony performance, no matter how much they want to, because “the financial books are just about buttoned up.”

“It wouldn’t be fiscally responsible for us producers to ask our investors to foot this bill, especially with all they’ve risked in the first place,” he added.

The internet isn’t buying it, however—one comment under the blog post reads “This is clearly something you and the production have already committed to and are seeking to reimburse yourselves costs for. That’s fine, but you should be transparent about that. To do anything less is to exploit the fans of this production.”

Another commenter referred to the campaign as “VERY disingenuous (and misleading).” 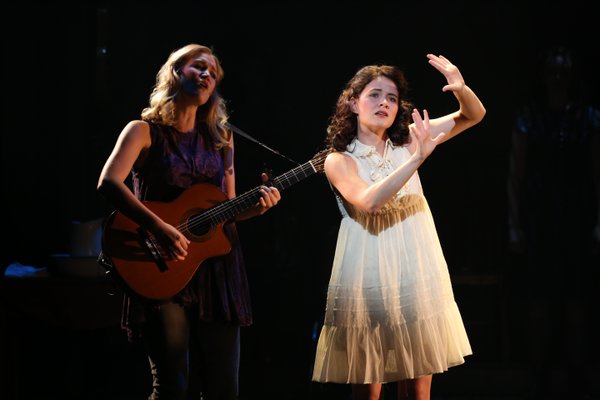