After one of the most turbulent weeks in New Jersey politics since the North Jersey casino expansion vote earlier this year, Atlantic City’s assets are one step closer to being sold off as part of a state takeover championed by Senate President Steve Sweeney (D-3), Governor Chris Christie and South Jersey Democratic boss George Norcross III. Opposition to that takeover plan hit a major roadblock on Thursday as three state Assembly members stayed home, leading Speaker Vince Prieto (D-32) to delay posting his alternative takeover bill until he could secure a 41-vote majority.

Though the war of words between Sweeney, Christie and Norcross on one side and Prieto, Atlantic City mayor Don Guardian and Jersey City mayor Steve Fulop on the other has focused on the Senate bill’s provision to immediately break public union contracts, Assembly sources pointed to Atlantic City’s beachfront property as the real prize. Joseph Jignoli and Jack Morris, two politically connected developers with ties to Sweeney by way of public-private developer Devco’s work in Cherry Hill and New Brunswick, could be first in line as plots of land on the coast fall into the state’s hands.

Norcross, chairman of the board at Cooper Hospital and widely credited as the man behind Camden’s minor development boom, was present at the secret meeting at the governor’s mansion that preceded the takeover announcement in January. Though Norcross’ name loomed over yesterday’s closed-door wrangling among Assembly Democrats, Prieto said that he does not think those legislators’ absences had any hidden motive.

Norcross’ brother Donald Norcross helped to create the tax incentives that lead to companies like Holtech and Subaru relocating to Camden as a state Senator, and that same program has already drawn South Jersey Gas to Atlantic City with a plan to open offices there in 2018. Under Sweeney’s takeover bill, the state Local Finance Board would immediately have the authority to sell off city properties and potentially offer more private investors the same kinds of tax breaks to move into the city.

Prieto’s bill would offer the city seats on a committee with appointees from the governor, and two more years of financial benchmarks before that happens. But with Atlantic City’s monopoly on gaming dead and buried and non-gaming convention revenues down, Prieto’s bill would be likely to only offer the city a brief reprieve before that committee has to start awarding contracts to shore up its budget deficit. And after Thursday’s bungled Assembly session, the bill’s chances look bleak as it heads back to the floor Wednesday.

With Sweeney claiming that he has no plans to meet with Prieto to hash out a compromise between their two proposals, the Speaker may have to swallow his pride and post the Senate takeover bill in the Assembly. If the state does intervene sooner rather than later, these are the city assets set to set to be turned over to the state, and the private development projects that the state will need to work around.

The Revel — Rumors of beachfront condominiums surround the $2.4 billion Revel casino, with several sources citing Norcross and developer Jack Morris as potential buyers. The shuttered casino last sold for pennies on the dollar last year when the Polo North Country Club bought it for $82 million. With its sizable footprint on the city’s southern inlet beachfront, the land underneath the Revel could turn out to be more valuable than the casino itself. City Council rescinded an agreement that gave Jignoli and Morris’ development partnership the exclusive rights to the inlet in February.

Showboat — The former casino property and the surrounding Garden Pier lie next to the Revel is currently in the hands of Philadelphia developer Bart Blatstein. Blatstein bought the property from Stockton University after a proposed satellite campus ran up against a tangle of deed restrictions. The Showboat is equipped with more robust utilities than the Revel, a consideration that could turn it into a valuable bargaining chip if redevelopment ramps up under a takeover.

Bader Field — Before the recession of 2008, the country’s first airport would have sold for $1 billion or more. When it voted to put the field up for sale again this year, City Council set the minimum bid at $155 million — a fraction of what it was once worth, but a sum that would go a long way toward paying the city’s more than $500 million in debt. Guardian has said that he favors holding on to Bader Field until some of its former value can accrue back, but the takeover may override both him and the Council.

The Municipal Utilities Authority — The potential privatization of Atlantic City’s authority has drawn the most heated debate of the takeover effort apart from city workers’ union contracts. While organizers and groups like Food and Watch draw comparisons between Atlantic City and Flint, MI, Sweeney has repeatedly insisted that he favors monetizing the city’s by handing the authority over to Atlantic County to cut costs. Phillip Norcross, another brother of George Norcross, is a lobbyist with New Jersey American , the company most likely to purchase the authority under a state takeover.

South Jersey Gas — Part of a $210 million project to build a new Stockton campus and corporate office for itself near the boardwalk, the energy provider has drawn criticism for siphoning jobs away from their current headquarters in Folsom. Hammonton and Folsom’s city councils have requested an audit of AC Devco, the Atlantic City arm Jack Morris’ public-private development group, to ensure it is spending taxpayer money properly. 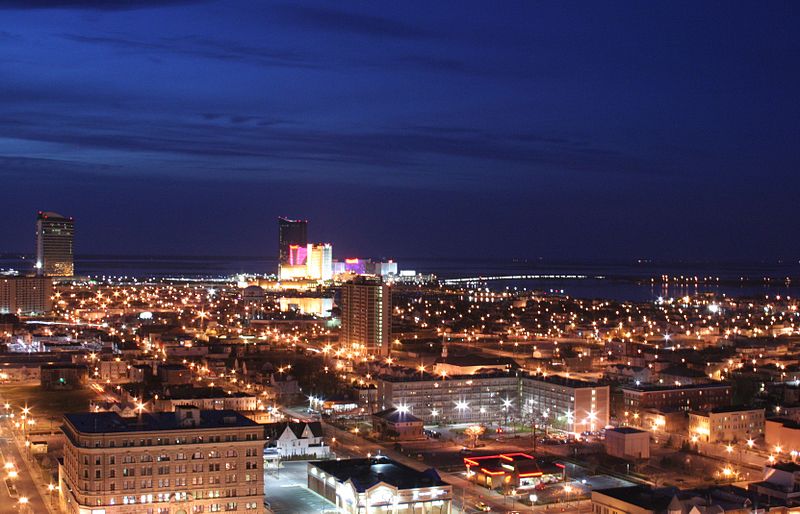